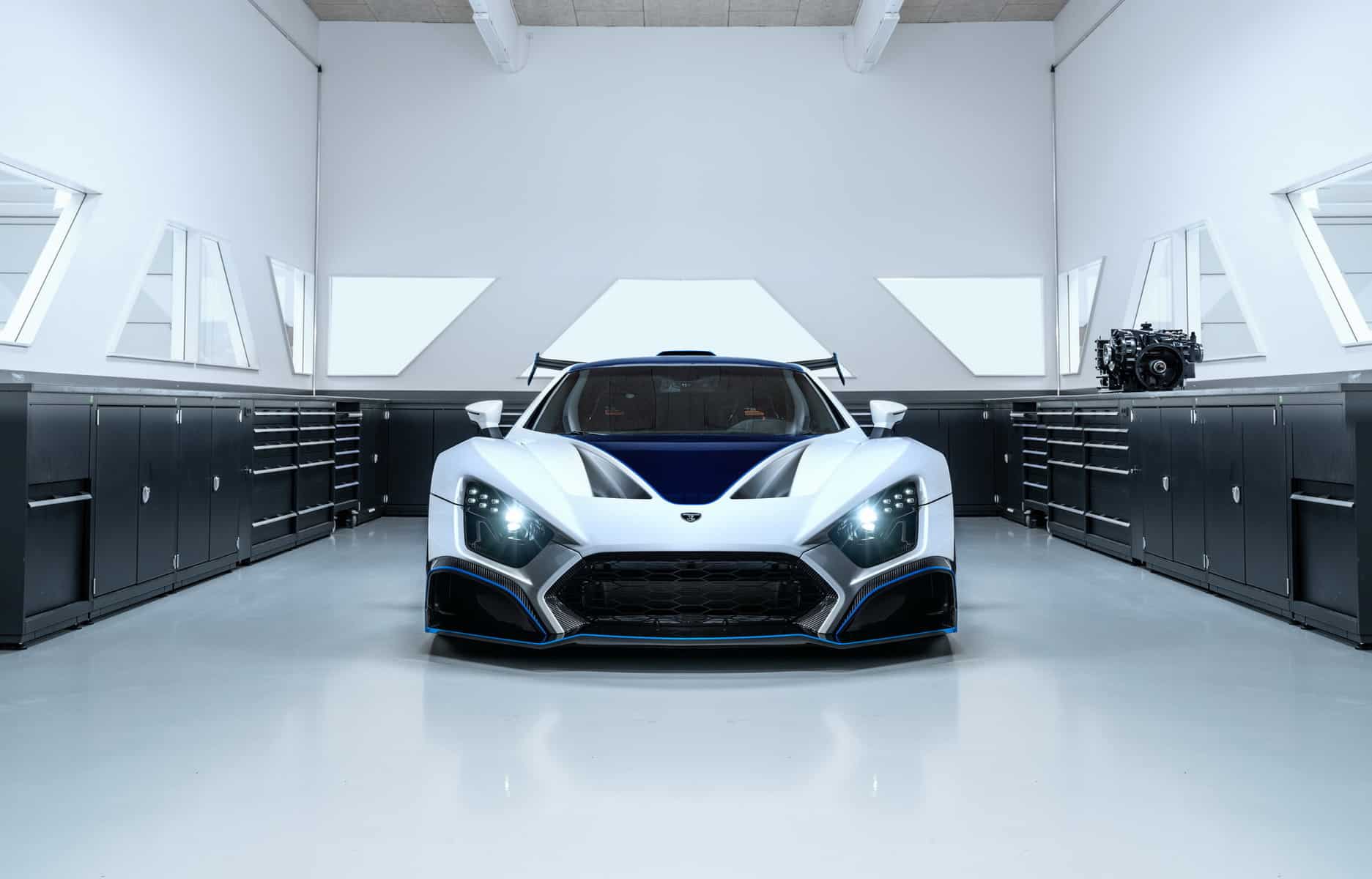 Between the 8th to the 10th century, the wider Scandinavian region gave us the Vikings. They colonized, raided, and traded in all parts of Europe, putting fear into everyone’s hearts and transforming its people into the stuff of legends.

Fast forward to 2022 and Denmark is now a highly developed country, where people enjoy a high standard of living, and a founding member of NATO, the Nordic Council, the OECD, OSCE, and the United Nations.

This country sits in Northern Europe, lying southwest of Sweden, south of Norway, and north of Germany, with a population of 5.831 million, of which more than 600,000 live in the capital and largest city: Copenhagen.

The longboat is long gone and the Danes enjoy their bikes and cars these days. But, what is the most popular car in Denmark? It seems that residents of Denmark prefer foreign-made cars, while high taxation forces their hands, so to say, in purchasing compact models.

As of 2022, the Ford Kuga was considered the most popular car in the country, according to market share, with the Citroen C3, Peugeot 208, Toyota Yaris, Nissan Qashqai, Opel Corsa, and Toyota Aygo not far behind.

As you can see, this story is mostly about European cars. Although, it begs the question: are there any Danish cars to be driven? Well, yes, Denmark has its car brands as well, although the native car industry is pretty underdeveloped.

There are no car assembly plants in the country to talk about, but that’s beside the point. Hypercar manufacturer Zenvo Automotive had a promising start and impressed the world with their cars, while Hydrema is also a car company that’s worth mentioning. The latter is focused on manufacturing dump trucks, earthmoving equipment, truck cranes, and other specialized machines.

As you can imagine, there are not that many Danish car brands to talk about, yet the automotive industry is still worth the attention. Shall we take a closer look? We’ll start with the most popular company:

Based in Præstø, on the Danish island of Zealand, this sports car manufacturer was founded by Troels Vollertsen – did you know that the brand name was derived from a combination of the last 3 and first 2 letters in his last name? Probably not, but let’s move on.

Zenvo Automotive was founded in 2004, with the the Zenvo ST1 prototype completed as early as 2008. By 2009 people were going crazy about owning one, and since only 15 Zenvo ST1 cars were built, it quickly became a pricy example of automotive rarity.

By April 2018, despite Zenvo cars being expensive, it was reported that a Danish customer paid US$1.65 million for a red Zenvo TSR-S. Meanwhile, the new Zenvo TS1 GT series, available in TSR and TSR-S guises, keep people mesmerized and are still extremely sought after.

Another Danish automotive company worth discussing is Hydrema. Constantly expanding its sphere of influence by a simple process of elimination – a.k.a. buying up various other car brands – this car brand seems to be going places.

So far, we know that the Danes will gladly deliver hypercars and multitpurpose vehicles. What’s next? Once the country’s most important automaker, Danish Automobile Building (DAB) was responsible for building buses, with English company Leyland Motors getting involved later in the company’s history.

So much so, that the British took control of most of the shares of DAB. While struggling to survive, the company went through a downfall, at which point it was let loose to independently head towards its demise.

The Danish company managed to develop its Travelator concept and went on to be owned by English company Leyland Motors during its final years. Danish Automobile Building went under in 2002, mostly due to the fact that their buses were no longer of interest.

How much do we know about the Anglo-Dane brand? Well, not too much. This Danish company was active only between 1902 and 1917, which is to say a long, long time ago. H. C. Fredriksen of Copenhagen began by building bicycles in the 1890s, using mostly British parts – I guess the brand name has just become clear.

By the time the transition to automobiles was made, the company was building light trucks featuring single-cylinder Belgian Kelecom engines. Following a process of evolution, the Anglo-Dane brand managed to develop cars of its own design, packing single-cylinder 5-hp engines.

Featuring friction drive, double discs, and 12-speed transmissions, these vehicles were state of the art back then. The company also focused on passenger cars, which were quipped with twin-cylinder engines before the company merged with automobile makers Jan and Thrige, and disappearing into the night.

Is there anything that the Danes can’t do? The most obvious of answers shall not be mentioned by us; instead, we will turn our attention towards Brems and their automotive efforts. This brand of Danish cars was pretty busy at the turn of the 20th century, with their activity covering seven years – between 1900 and 1907.

Based in Viborg, this company is known for building a small number of cars. The Brems No. 1 Type A 1900 was one of the models that is still remembered and cherished in car museums. Manufactured by Julius Brems, the car was first put to the test on the 5th of June, 1900.

The car featured two forward gears and a 2-cylinder engine, with the top speed marked at 26 km/h. As impressive as this was, for that time and era, Julius Brems would end up only producing 8 units by 1908. The rest, is history,

It seems strange, to say the least, that most Danish automotive brands have not managed to survive World War I – at least, not from the ones we have covered already. It’s time to focus on Bukh & Gry. This Danish automobile manufacturer came to life in 1904. Jens Bukh and John Gry joined forces to work on their company after working in the American automotive industry.

The two men built only one car, manufactured at Horve, a car that was revealed at the Tivoli Gardens in Copenhagen, back in 1905. The vehicle featured a water-cooled 12-hp two-cylinder engine and friction drive. Sadly, there are no other models worth mentioning, as no others were built.

The company changed purpose and direction, and focused on constructing diesel engines for tractors and industrial purposes. Nowadays, Bukh still exists and produces maritime engines – you know, those enormous powerplants that look out of this world.

Aside from the odd name, this company has quite the history. The CityEl is a 3-wheel lightweight electric car, that came way before Tesla, an original Danish project with a wacky look. The CityEl was introduced back in 1987 as the Mini-El, by Danish company El Trans A/S. El Trans A/S gave up production by 1988, with Citycom Electromoblie Denmark A/S also having a go at it – with no success.

Then a German investor took over and renamed the company in 2009, with Smiles AG locked and ready to sell electric vehicles. As Smiles experienced financial difficulties merely three years later, production of the CityEl restarted in Germany, with CityCom GmbH.

This one-person vehicle has its driver seated centrally. There are no conventional doors to be opened, as the whole top-half of the vehicle hinges upwards and allows access inside the cockpit.

An optional child seat will allow a 30-kg passenger to sit behind the driver, facing backwards. Although the driver uses a steering wheel, brake and throttle pedals, this unusual vehicle is classified as an electric motorcycle in some countries.

Hailing from another era, this brand was active between 1901 and 1907, just like Brems. Dansk, or Dansk & Christiansen, was an automotive brand based Copenhagen, Denmark. Although long gone, the name is at least worth mentioning. The company started off by repairing bicycles, before going all out and heading towards automobile construction.

However, things did not go as far was founders may have wanted it. The brand focused on three- and four-wheel light cars, which were fitted with German Cudell engines. As history would make a note of it, the factory also managed to manufacture light buses and trucks, although in small numbers.  What happened to Dansk? It just evaporated into history, with no trace whatsoever.

While working on this article, we started wondering – native or not, Danish or of other origins: which are the best selling cars in Denmark? You can already guess what’s coming.

A proud receiver of a bronze medal, 2,758 units of the Peugeot 208 were sold, which means a 2.9% market share. The Toyota Yaris is quick to follow, reportedly having sold 2,734 units, while the Nissan Qashqai proved not so popular – at least, according to official numbers that mark it at 2,149 units (2.3% share).

Sitting behind the Opel Corsa, with 2,017 units sold (2.1% share), and the Toyota Aygo with 2,013 units (2.1% share), the BMW 3 Series seems to prove one simple point – the Danes don’t really care about performance-oriented or luxury vehicles.

On the other hand, it’s well worth mentioning that the country’s automotive industry and overall history has covered most aspects of vehicle construction and design, not to mention a fair share of purposes.

Globalization efforts and processes have resulted in this small country being focused on only two main brands, but that is still enough for it to stand proud on a world map of vehicle builder. I think that, alone, speaks for itself and Denmark.