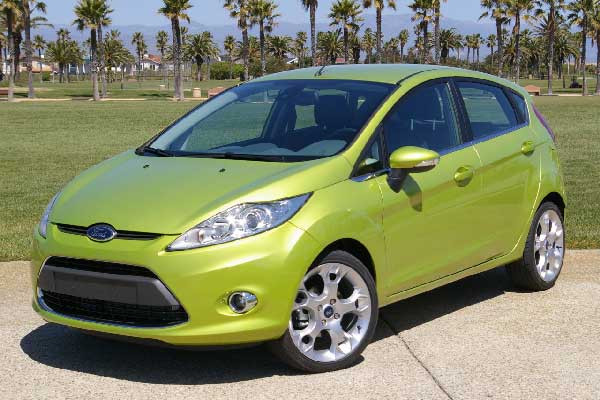 How It Started? The History Of Hatchback Cars

The first models of hatchback cars were launched in the late 1930s by Citroen, a French company that produced a version with a tailgate. The latter was later on transformed into a regular hatchback.

There is a slight difference between the hatchbacks which were produced between the 1930s and the end of the 1950s, and their newer counterparts, constructed after the 1960s. Most older models tended to be as long as the already classic prototypes. Nowadays, car manufacturers focus on creating and perfecting the size of a car, and therefore they try to restrict the extent of the hatchback.

In the beginning of the 1960s, the french manufacturer Renault started focusing on developing hatchback automobiles, and one of its top grossing models was the Renault 4, of which more than 7 millions were produced and sold in Europe. The world-known company subsequently produced the Renault 5, which quickly became popular, but in spite of booming sales, it was its older counterpart that was continuously produced and sold in Europe and Argentina until 1992.

In the 1970s, Volkswagen also released a hatchback car model, the Passat/Dasher, and ensuingly launched the Golf/Rabbit, which became a classic compact automobile, and which is still being produced.

Other popular European hatchbacks from the 20th century featured  the British Austin Maxi, the Italian Fiat Uno (known for its high fuel economy), the Renault R9, the A-Class belonging to the German Mercedes-Benz trust and the 3 series compact produced by the also German BMW.

The 21st century brought back some models of hatchbacks, such as the German Porsche Panamera and the Audi A7, which were launched in 2009 and 2010.

US hatchback automobiles that were launched until the beginning of the 21st century were manufactured by famous companies such as the Chrysler Corporation, the Ford Motor Company and General Motors.

Both the Dodge Omni and the Plymouth Horizon were released to the public in 1978 by Chrysler, and their producer introduced other hatchbacks such as the Dodge Shadow and the Dodge Lancer all through the 1980s.

Ford focused on designing well-known models such as the Pinto and the Bobcat (which were both put on the market in 1972), the Escort (inspired from the German Mercury Capri II) and the Aspire (a subcompact initially called Festiva) towards the late 1990s.

In 1970, General Motors created the Chevrolet Vega, of which more than 1 million exemplaries were produced towards the end of the same decade. More recent models feature the Chevrolet Camaro and the Pontiac Firebird (sold between 1982 and 1992), as well as the 1982 Chevrolet Camaro.

Japan started producing hatchback cars beginning with the 7th decade of the 20th century. Big brands such as Nissan, Mitsubishi, Honda, Toyota, Suzuki and Subaru led the market up until the beginning of the 21st century.

The Japanese market also featured some large-sized hatchback vehicles, out of which the most well-known are the Lexus CT and the Nissan Skyline Crossover. As well as these, Japanese car manufacturers designed a number of “sporty” hatchbacks, such as the Toyota Celica and the Nissan Gazelle.

Small hatchback cars. To buy or not to buy?

Nowadays, the small hatchback vehicle market provides a number of cheap alternatives. Models such as the Kia Rio 5-Door LX, the Ford Fiesta S Hatch, the Honda Fit and the Mazda3 5-Door can now be bought for less than $20,000.

In spite of their reduced volumes, this type of automobiles are known for their high mobility and numerous parking possibilities, and for their increased fuel economy. The latter is probably the most important advantage when it comes to buying a car, considering current oil prices.

Customers can choose between a classic internal combustion hatchback car and its hybrid and electric counterparts.

According to Top Gear, the world’s most well-known car reviewer, the ultimate best hatchback 2014 can be chosen out of the following 5 models:

At the end of 2013, J.D. Power recommended some cheap alternatives to the already mentioned models, such as the Chevrolet Sonic, the Fiat 500, the Mazda 2, the Scion xD and the fashionable Smart Fortwo, which were all ultimately released this year. All of these cars can be purchased for less than $20,000.

To conclude, hatchback vehicles are becoming more and more popular, as customers are interested in their sleek design, and, depending on the model, in their high fuel economy. With the help of websites like Aol Autos, car aficionados have the opportunity to compare one hatchback model to any other one. Hatchback reviews sometimes even let users compare the same brand and model depending on the year they were released and their functionality.