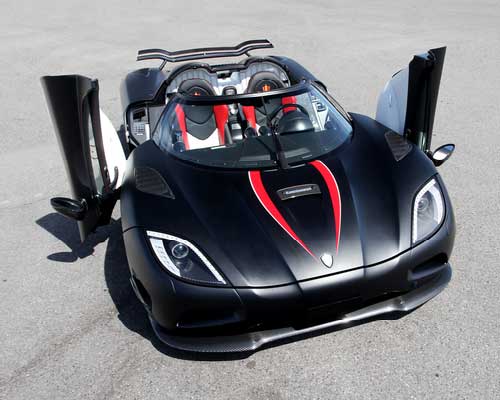 Why everyone loves exotic sports cars?

Automobile enthusiasts choose exotic cars because of their power and design. These type of vehicles are a sure way of attracting the attention of by-passers, thanks to their incredible overall capacity, speed, and smooth and sleek carrosserie lines. The models we have selected for this article come from European countries, USA and Japan.

Ferrari is a luxury sports car produced in Maranello, Italy. It’s probably the most famous European exotic car brand, and it is also a clear symbol of opulence and of a high social status. Ferraris started production in 1929 and although the company was gradually bought by Fiat, the main exotic car driving experience was conserved.

The Ferrari tradition was also maintained because of the company’s participation in races. Nowadays, people who intend to purchase an exotic car that belongs to this brand can choose between the following models: California T, 458 Italia, FF, 458 Spider, F12Berlinetta, 458 Speciale, and LaFerrari.

Lamborghini is another famous Italian car brand which is currently owned by the Volkswagen Group but still produced in Sant’Agata Bolognese, Italy, the same town where its basic concept was born in. The company took a serious hit during the 2000 financial crisis when its sales dropped by 50%.

Lamborghini’s current most popular model is the Asterion LPI 910-4 hybrid car, which is also the first attempt of the company at producing an eco-friendly vehicle. This model offers 300-hp resulting from its electric engine and 607 hp originating from the internal combustion one.

Maserati is another Italian luxury car brand, which was first produced in Bologna in 1914.

Maserati is known for its extravagant and expensive models of exotic sports cars, and its currently available options include the Quattroporte, the Ghibli, the GranTurismo and the GranCabrio. The company announced 2 other upcoming models, the Levante and the Maserati Alfieri.

Bugatti is a French brand specialized in high-performance vehicles, launched on the market for the first time in 1909, designed by the Italian Ettore Bugatti and constructed in the then-German region Alsace. The company now belongs to the Volkswagen Group and its vehicles are produced in Molsheim, France.

The most widely known model designed by the company is the Veyron, a super sports car with a lavish design and 1,001 metric horsepower.

Bentley is a British brand of automobiles that creates luxury vehicles. Although the company didn’t necessarily focus its initial efforts on developing fast cars, during recent years it has launched a number of interesting models, out of which the most prominent one is the Continental GT Speed, which is also available as a convertible.

Although its design does not resemble a racecar, the Continental GT is a splendid example of how grand imagination and deluxe power look like, when combined. With a 6.0 liter 12-cylinder engine and 616 hp, Bentley is an option for those who are searching for class and speed.

From Germany comes the all-time favorite Porsche, a German car manufacturer specialized in developing sports and supercars, which has, of course, also been bought by the Volkswagen Group.

The most acclaimed exotic car belonging to this company is the 918 Spyder, which offers customers “pure energy”, to quote from their slogan. This automobile is a hybrid, receiving 154 hp and 279 hp from 2 electric motors and 608 hp from an internal combustion engine.

Sweden is best known for its Koenigsegg manufacturer, which has a 10-year experience in designing world-class supercars.

The latest (and greatest) model from this producer is the Agera S, which was launched in 2013 and is still in production. This version is optimized for low octane gasoline and has a 1030 hp/1100 Nm.

In the USA, some high-class customers are accustomed to driving exotic cars. After all, the United States is home to the Tesla Motors brand. The company is known for its unique technology, highly eco-friendly cars, and outstanding design.

One of the most impressive recent car versions coming from this manufacturer is the Tesla Roadster, known for its 185-kW motor engine, which is equivalent to 248 hp.

Another locally famous brand is Ford, that announced the fresh Ford Mustang V6 Fastback, which is said to be launched on the market in 2015.

Dodge is yet another American manufacturer that has had its ups and downs in the past. The company is famous among exotic car transport enthusiasts because of its model Dodge Viper, formerly known as the Viper SRT.

The fifth generation from the series, which began production in early 2013, offers an all-aluminum 8.4L V10 engine, equivalent to 640 hp.

A world known brand that’s spread all over the globe is the Japanese brand Toyota. The company created its own brand of luxury cars, that goes by the name of Lexus.

The latest addition to the current brand collection is the extravagant Lexus LF-LC, which was announced rather recently. The model will feature a 4-cylinder gasoline engine of which the power resembles the BMW i8 and the Acura NSX, and 350 horsepower.

Another famous Asian car producer is Nissan, the parent of a concept car belonging to the Infiniti brand, the Infiniti Emerg-E.

The vehicle was only launched and presented as a prototype at the 2012 Goodwood Festival of Speed and it may never enter the mass production cycle. The automobile has 2 electric motors which both produce 402 bhp.