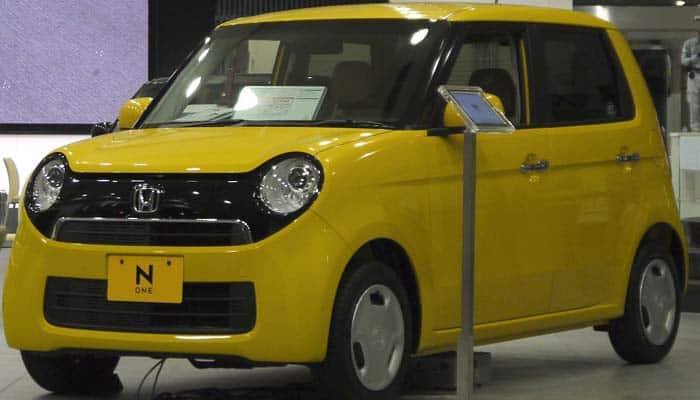 The Honda’s Kei car family has improved time to time. These were once a basic car with just a fuel-saving tech. But since last few years, they have grown into the tech-savvy vehicles. Once there was the Life filled with Zest to serve the Japanese market. While the Zest just spent almost half a decade while the Life lived on for five generations.

The Honda was planning to revive the N-Series once again that was made obsolete in 1972. And they came up with a solution of N-One. Well, the N-One was displayed in 2011 for the first time. And in 2012 it was launched into the Japanese market.

Well, the Honda has no plans to introduce this car internationally. It just makes it available for its locals. And since it has been introduced, it has received some improvements rather than a new generation. The latest upgrades were made in 2017 with a mild improvement in the exterior styling.

Recently there had been some rumors that Honda might remove the savvy tech involved in this car. Well, if such happened, all its grace would eliminate.

There are plenty of interior and exterior options available for this car. And even it includes a couple of drivetrain add-ons. 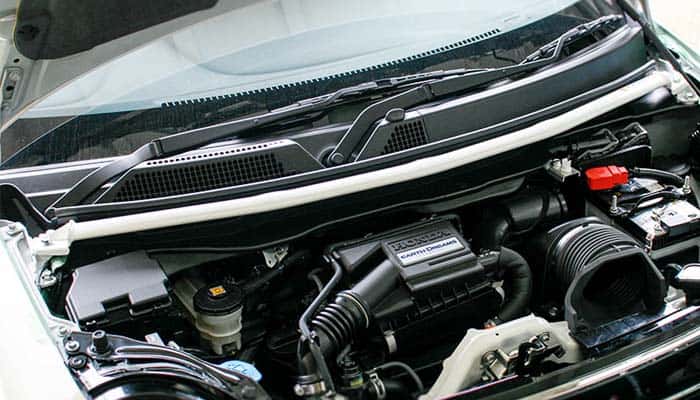 The N-One falls on the parameters provided by the Japanese for the Kei cars. It gets a meshed up drivetrain with a minimal power rating. Well, its power is good enough to carry four people including a driver. And it suits the city driving.

Well, the N-One gets the 0.66 L (656 cc) Earth Dream inline 3-cylinder engine. It is a variable valve timing engine paired up with the continuous variable transmission. Further, it gets 58 hp of power at 48 lb-ft of torque. With this kind of drivetrain, you can expect some handy saving for fuel and lower maintenance cost. But you cannot expect much with the performance.

Ahead of that, the N-One is available with a turbocharged option. Actually, the drivetrain is exactly the same, but it only adds a bit of the turbocharger that raises the power to 63 hp and takes the torque up to 77 lb-ft.

Further, it makes 0-62 mph within 16.8 seconds and rates a top speed of 97 mph. This is the best you can get from this car. Well, the N-One comes with the front-wheel-drive as standard while the all-wheel-drive is optionally available.

The handling specs are fine when you have to drive within the city. The steering appears to be sharp and provides quick turns over the chilly corner. But when you move onto the highways, the handling seems to be very much oversteered for bigger roads. While the braking is suitable whether you are driving within or outside the city. 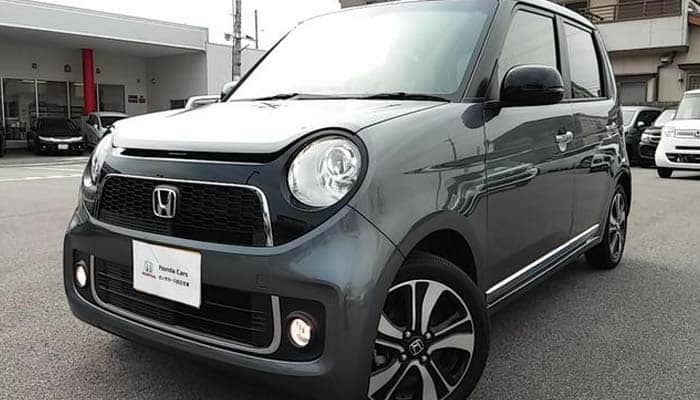 The Honda has revived the actual N-Series styling on the N-One. It gets the same round headlamps and a straight rear. While the cosmetics are obviously modern. At least, the N-One is born in the 21st Century. Further, the cosmetics include halogen headlamps, LED fog lights and taillights. The steel wheels are standard while the alloy wheels are optionally available but come standard on the top trim levels.

Overall, the N-One looks like a box. Though it is pronounced as a hatchback, the appearance is less relative to the standard hatchback that we witness in North America or Europe. 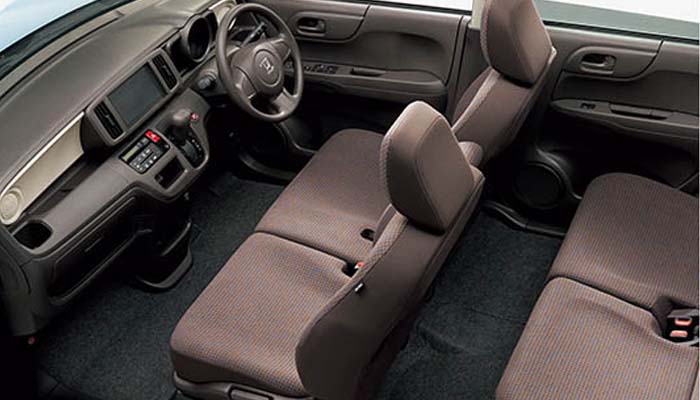 The N-One has got a tech-savvy interior. The interior appointment is nice and attractive. But the spacing is much like a compromise. Well, the cloth seats and the fiber trim comes standard. While the leather seats remain optional. Further, the front row offers plenty of space to sit. And the headroom is awesome. But the rear row offers just enough to get stuck in the seats. Ahead of that, the N-One even offers some space for the cargo. But that is good enough to carry a couple of grocery bags. 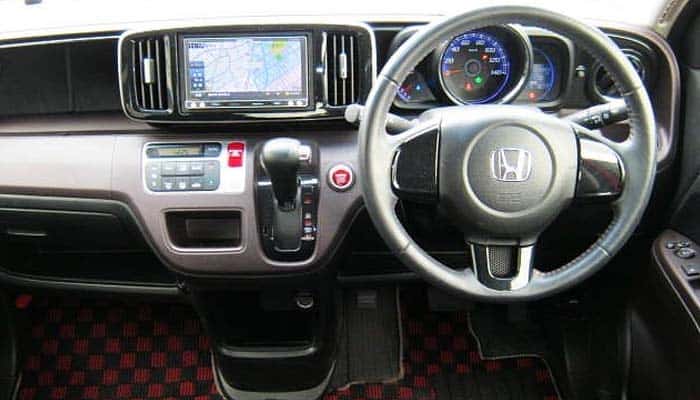 The Honda N-One gets the option for the touchscreen infotainment system. Well, this system mainly includes the multimedia options. While the navigation and some other features remain tardy. Further, the additional features include telephony, Bluetooth and smartphone connectivity. While the Android Auto and Apple CarPlay are not available for this car. 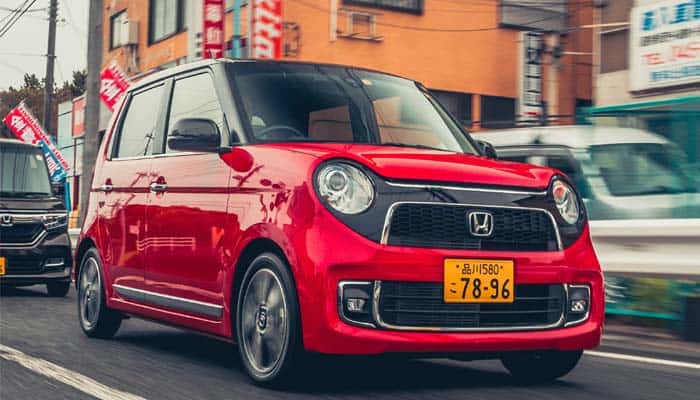 The N-One has enough safety measures to keep the occupants safe while driving in the city. It includes the airbags, stretchable seatbelts, and locks for the child seats. Further, some additional safety specs include the antilock braking system and the parking cameras. Ahead of that, all other safety modules depend on your driving style. 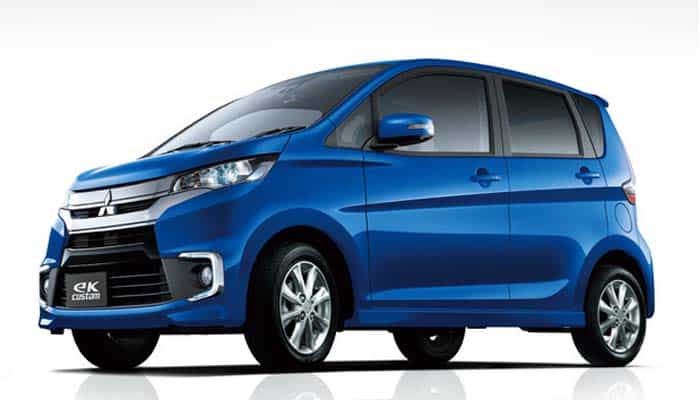 Japan is filled with the Kei cars. And each one of them gets a competition from the neighboring plant. Well, the Honda N-One gets a handy competition from the Mitsubishi eK. While there is nothing much difference in the drivetrain alignment and the interior setup. Even the exterior designing is not enough scalable. But the eK covers a greater market then the N-One.

The N-One is a fantastic car for the Japanese market. But if you take it out to some international market, the N-One might hardly stand a chance to survive.