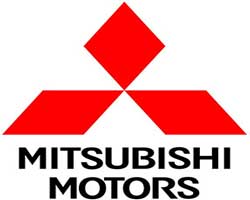 Mitsubishi Motors Corporation is one of the world’s largest and the sixth-leading automobile manufacturer in Japan. The way how the history of Mistubishi started is very interesting. The company was founded by Yataro Iwasaki in 1870 and was originally incorporated as a shipping firm. It was first known as Mitsubishi Shipbuilding Co Ltd, but was renamed in 1873 to Mitsubishi Shokai and soon entered the coal-mining business for supply of coal for its ships. So let’s talk more about the Mitsubishi logo, the company’s history and list of latest models.

It also founded an iron mill to supply iron to their shipping yard and started a marine insurance business in order to ensure its products’ safety. The automotive division of Mitsubishi was set up in 1917, when the company introduced the famous Mitsubishi Model A. This vehicle was Japan’s first mass-production passenger car.

After the introduction of the Model A, the brand stopped producing automobiles and shifted its interest back to its shipping business. However, in 1936, the company introduced the PX33, which was Japan’s first 4-wheel drive car. This was the origin of the Mitsubishi 4WD Technology. Again, the company disappeared from the automotive business.

However, immediately following the end of the Second World War, it returned to manufacturing vehicles and a separate division was created in 1970 as the Mitsubishi Motors Corporation. In this article, you will learn about the Mitsubishi history, important events, interesting news, and a list of all current vehicles manufactured by the company.

Important Events in the History of Mitsubishi

By the start of the 60s, Japans economy wasn’t exactly doing well. Wages were rising and recession had made it difficult for people to score a job. It was during this time that the Shin Mitsubishi Heavy-Industries introduced the famous Mitsubishi 500 to meet with the rising demands of consumers. Within three years, the output of the industry had increased to over 75,000 vehicles annually.

In 1969, Mitsubishi introduced the Galant, which is still one of the company’s finest creations and a resounding success in the automobile market. The same year, the three red diamonds logo of the company was also decided, and finally a separate division for automobiles was created in 1970. Following its inception, Mitsubishi soon forged alliances with well-established foreign companies.

Therefore, in 1971, the company sold 15% of its shares to the automotive giant Chrysler and it was because of this deal that Mitsubishi was able to sell its vehicles in the US (under Chrysler’s brand name). That same year, the Dodge Colt was also introduced, which was the first Mitsubishi’s rebadged product to be sold in the US. By 1977, Mitsubishi’s annual production had grown from 500,000 vehicles to 965,000.

This is when the company decided to sell its own vehicles directly. In 1980, Mitsubishi achieved an annual production rate of one million vehicles. However, during this time, the company’s partner, Chrysler, was on the verge of bankruptcy. Therefore, Chrysler sold its Australian division to Mitsubishi Motors Corporation.

This new division was then renamed ‘Mitsubishi Motors Australia LTD (MMAL)’. In 1982, the Mitsubishi brand was introduced to the American market for the first time. It was during this time that the Cordia and Tredia sedan were announced. These vehicles were sold through seventy dealers in 22 states across the US. Towards the end of the 80s, Mitsubishi was successfully able to expand its network of dealers to 340 and the worldwide production rate had exceeded 1.5 million units.

In the 90s, Mitsubishi introduced its popular 3000GT. This was Japan’s first vehicle to utilize the active aerodynamics technology that would increase down force at higher speeds. It also came equipped with all-wheel steering, Electronically Controlled Suspension (ECS), and a twin-turbo engine. The same year, Mitsubishi launched the Eclipse in the US, which featured a turbocharged 4G63 engine and all-wheel drive technology.

In 1991, the 3000GT won the ‘Import Car of the Year’ Award and numerous technological advances were made in new Mitsubishi cars, such as Active Trac 4WD and Multimode ABS. In 1992, the company competes in the World Rally Championship and even introduced the next-generation engine with Lift Electronic Control (MIVEC) and Mitsubishi Innovative Valve Timing.

Towards the end of the 90s, Mitsubishi introduced its electric car, which covered 2,000 kilometers in 24 hours (World Record). In 2003, the company introduced the famous Lancer Evolution which was honored with the ‘Automobile of the Year’ award and two years later, the eclipse 4th generation was announced that earned the ‘Industry Design Excellence Award’.

In 2006, the second generation Outlander was introduced which was the first SUV to feature a 30 GB HDD Navigation system, Magnesium paddle shifters, lightweight aluminum roof, and an environmentally friendly PZEV V6 Engine. In 2011, the all-electric i-MiEV was introduced in the US, leading the way in electric vehicle technology.

Today, Mitsubishi Motors is the leading manufacturer in electric vehicle technology and even won the Model of the Year award in 2012. The company has revenue of ¥2.110 trillion and more than 30,700 employees worldwide. Not to mention, Mitsubishi sells its cars in almost 160 countries around the world.

Even though the Mitsubishi Motor’s brand name has only been around for 45 years, the company has earned an incredibly strong position in the worldwide automobile market. Therefore, Mitsubishi serves as a perfect example for any company wishing to head down the road of success as well.