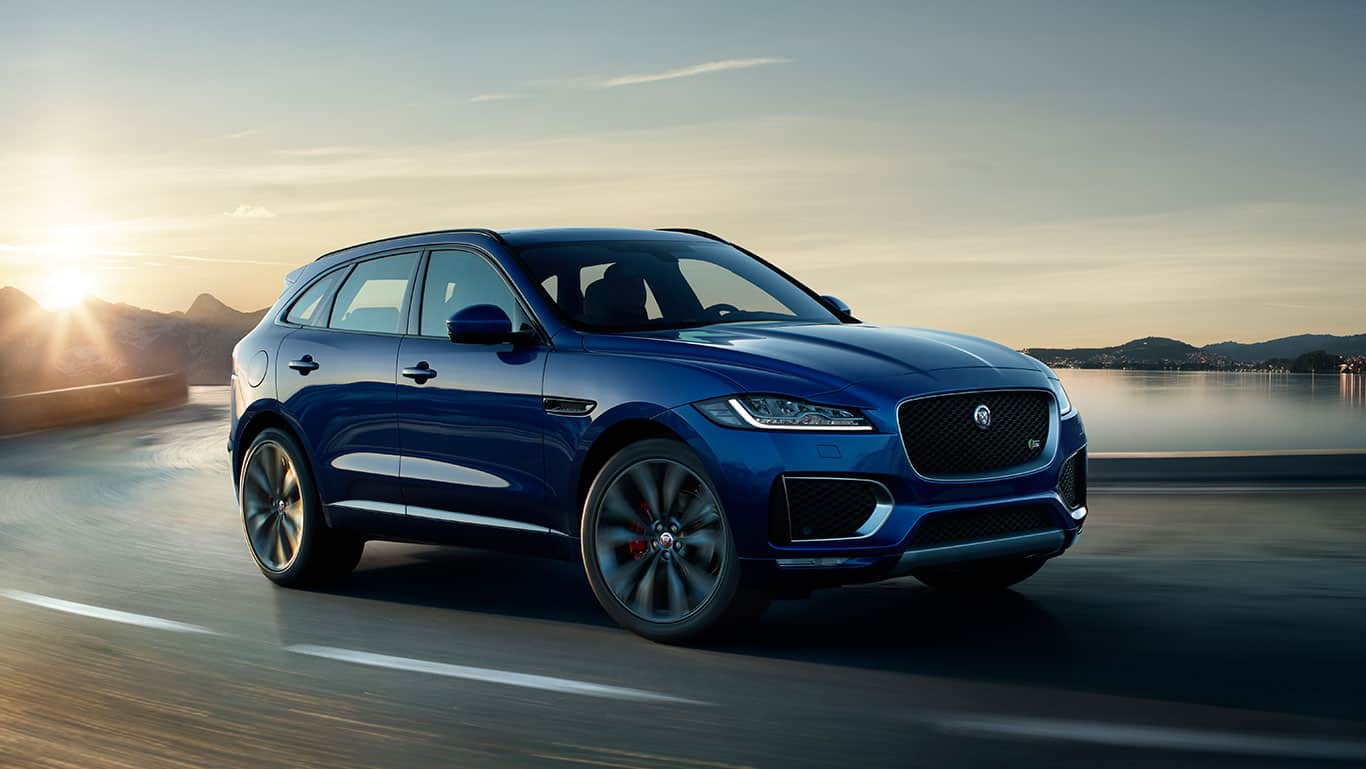 Jaguar has its hands over the sports luxury vehicles for a century. This British-based Indian company had remarkable vehicles including the hyper-car of 90’s “XJ220”. But Jaguar Land Rover has a separate unit for the SUV and 4 × 4 production. That is known as Land Rover.

In the present year, just a month back, Jaguar announced that they are going to launch a 4 × 4 SUV. It is named as F – Pace. The car is set to have a base price of $42,400. The series is planned to have the subsequent E – Pace SUV, which would be smaller than this.

Well F – Pace has diesel and gasolines engines. Rather the diesel machines are practically though to be economical. But the gasoline is a V6 F – Type engine, which is not less than a sporty SUV.

The Jaguar F – Pace has six different models, differentiated on the basis of their beauty and comfort. An automobile magazine remarked F – Pace as Best Looking SUVs in the Market.

The 2.0 L is a four-cylinder diesel turbocharged engine. While the 3.0 L is the V6 supercharged engine. All the models in the line are the All – Wheel – Drive.

The sheer power of the Jaguar F – Pace can be engaged through the outcomes of its towing capacity. The F – Pace can tow up to 5,300 pounds. It’s relatively a highly supercharged engine with plenty of horses to run.

SUVs are relatively quite high on weight. But the F – Pace records one of the lowest scales for any SUV. More likely it helps in generating more acceleration and gaining more speed in the car.

Over the rush driving, Jaguar F – Pace disappointed the test drive. It was hoped to give a better economy, but the fuel mileage was around 15 mpg.

See also: Adopt These Habits To Learn How To Save Gas

Jaguar has all setup in this SUV as a sporty SUV. From front to back, everything resembles the F – Type sports franchise. The LED signature headlights gives the appeal of an aggressive sports breach. Then comes the trimmed windshield. It is particularly more like a curved F – Type cruiser.

The roof is certainly elegant. Then we get to the hatch. The taillights there are exactly the thin lines present in the F – Type sports franchise. All that could be distinguished between the both is the height of the car.

F – Pace has to be a bit higher than the F – Type. And the hatch at the back separates the both. But there’s a spoiler at the tail of F – Pace. A thin slime spoiler that has been absolutely added for the aerodynamics. But it embarks the F – Type scripture.

The Pirelli P Zero tires help in reducing the weight of the car. The 22-inch tires have sharper road grip. These are the all-weather tires which too much of road grip to offer. The ADP (Adaptive Dynamic Package) helps in maintaining the performance of the car through steady and performance drives. It adjusts the suspension and chassis as per the acceleration and speed.

Not to forget, it’s an SUV. It has been added up with more space in the back seat as well as the trunk. Jaguar is a class apart in luxury. Comfort and elegance are the basics of the interior of every Jaguar car. So is the F – Pace. A distinction of looks and charm, with exquisite leather, embarks and crafted wood with enchanting color range.

Here the sports customers won’t feel shy of space. As F – Pace is not shy of space. You can have three 6’ tall guys be seated at the back. Practically an experiment showed that you can fit four passengers there.

The trunk is vitally big to fit in your luggage if you are out on a picnic or traveling to some distant location.

The driver seat gives a sports car feel rather than a SUV. The controls are subtle enough to bring an accelerated response. An artistic look has been given by including contrast colors over the seats and the dashboard. The seat stitches are pretty dominant in color. They give a pure lavish outlook. Rather it has a complete luxury.

What to cater more? Jaguar F – Pace has the mood lighting mode. Whatever mood you bear, just switch the inner lights color with that particular mood.

Jaguar F – Pace has been provided with the Intelligent Driveline Dynamics Software. It’s a drivers’ support software that helps in maintaining the balance of the car on the road. As compared to the rest of Jaguars, the InControl system is highly responsive.

Jaguar has not left a single stone unturned in updating the consoles of F – Pace. Voice Recognition is a highly remarkable feature of Jaguar F – Pace InControl. It has an 8” touch screen with it. While the sporty version has the 10” touch screen.

Well, the rest is the standard which is Bluetooth, Wi – Fi, internet connectivity and Hotspot. The windshield is powered with the HUD (Head – up Display), with the laser optimization beam.

The braking tests of the 3,200 lbs F – Pace elaborated that it can stop at 160 ft from 70 – 0 mph. The skid tests promoted the grip of the car. It revealed the grip of 0.88g over the skid pad. It gives a pure safe package for driving over uneven paths, such as snow or dirt.

Besides the driving safety manuals, the passive patterns are even adaptive. The air bags, cruise control, emergency braking and radar sensors are the active support over the security of F – Pace.