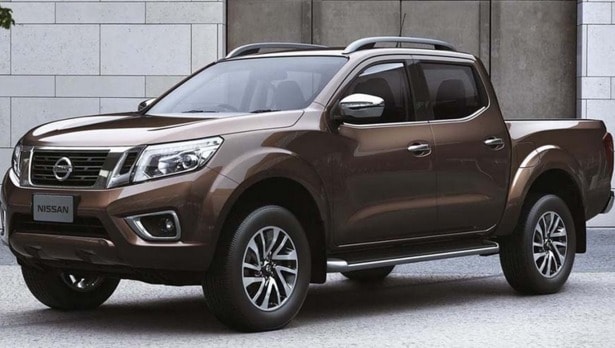 Nissan Frontier is a small pickup truck, having the market in almost the whole world. The production line began in 1997. The Franchise has two more titles; Nissan Navara and Nissan NP 300.

The franchise has three models D22, D23, and D40. The series is well known as Frontier in the American continent. While when we go across Europe, Asia and Australia it is sold as Navara. Frontier is the successor of Nissan Hardboy Truck (D21). While some information reveals that Frontier has been in production since 1986. And Hardboy Truck is one of the models of Fronteir.

See Also: Cars VS Trucks, We Discuss The Pros And Cons

Presently D22, a small pick truck and D40 mid – sized pick truck are in production. Most of the models are produced in Canton, Mississippi, while the rest is done in Japan. In the Europe, the franchise is famous as Navara, which is famous for a region called Navarre in Spain. It is manufactured in Barcelona. While in some portions of the Europe, the truck is still sold as NP300.

The lowest price tag bore by the Frontier is $18,300. The production line doesn’t remain in North America, Europe or Japan. The Nissan Frontier is manufactured throughout the world in Nissan Production centers. Well since the production the series had minimal changes in the structure and performance. The last change has been dated this year.

In the today’s production, the Nissan Frontier offers the King Cab and Crew Cab (extended cab). The price generally differs over the performance schedules available. The present day Frontier is considered to be the third generation of the series.

Nissan Frontier can tow 3,500 to 6,500 lbs of weight. That is typically quite sufficient for a mid – sized truck. Well when you go across the power, there are plenty of horses hidden under the hood. The performance table includes four different categories of the engines. The 2.5 L, 4 – cylinder engine with 152 horses to run.  While the 2.8 L diesel engine is the latest inclusion in the squad of Frontier. It has been provided by Cummins. Particularly this model is presently available in some regions of US only.

The rest of the engine squad of Frontier includes 3.0 L turbo diesel V6 engine with a powerful drivetrain. 3.0 L is expected to go beyond 225 lb – ft of power and it possesses a good number of horses.

Frontier is provided in two driving assemblies. The rear – wheels – drive and the all – wheel – drive. 4WD is also available in the series. Some drives evaluate that the 4WD 2.5 L turbocharged diesel engine produces 297 lb – ft of torque, which is technically the highest power in this series.

Frontier has four different cab formats. The shortest being the XE King Cab having the height of 68.7 inches. The present day Frontier has a number of new colors added into the collection. In early years, Nissan had been pretty off – set about the colors of this monster. But now a number of colors including blue, red and orange are offered in Frontier.

Well, some facelift has also been done with the present day Frontier. The ground clearance and height of the vehicle are a bit different from the last. It offers an inch of more ground clarity while the Frontier is a bit taller than its ancestors.

Nissan has added some comfort to the Frontier. As compared to the previous year models, Nissan has invested some more capital over the infotainment and seating of Frontier. But when we get around the Crew Cab, we do get a catch. The Crew Cabs do have some improvements, but the rear seats are a bit irritating to sit. Especially when we go around a commutation the passage becomes a bit itchy.

Besides seating, Frontier has got some fresh and new colors for the seats, dashboard, and the hoods. But the interior parts are certainly of the lower quality. They do not match with the styling. Even they are found fragile to the usage.

Some more spots have been left untouched by Nissan. The UK versions of the Nissan Frontier get some more luxury. Leather seats, navigational system, and the climate control are there in the UK version, but rest of the world misses that.

NissanConnect offered in Nissan Frontier has nothing much different then rest of the mid – sized trucks. It has particularly the same smartphone connection feature, security settings, and some music play options.

Nothing like the Android Autocar or the Apple Car Play is installed in the Frontier. These are some features which makes the car “The Best”.

After the revision of the model, Nissan Frontier had undergone numerous safety Tests. Unfortunately, the tests weren’t as good as they are required for a mid – sized pickup truck. At the Euro NCAP, Frontier received only 1 star in the safety tests. After some remodeling of the safety, Frontier scored 3 stars.

The present day Nissan Frontier has all such issues resolved. The issues involved delay airbag deployment and less seatbelt restrain.

Toyota has been working on the research and development of Tacoma. But when we come to Nissan Frontier, we don’t get improvements. This gives all its rivals a chance to go beyond the power of Frontier. Though it’s powerful but it’s not a fuel saving machine. While the rivals are working for the economy. And so are they providing.

Don’t expect a good fuel economy from Nissan Frontier. Also, there is no big change in the present day model in terms of cosmetics.

See Also: Most Economical and Fuel Efficient Car In The World

All it offers is performance, agility, reliability and power. You need a trust-worthy monster, then go for Nissan Frontier.