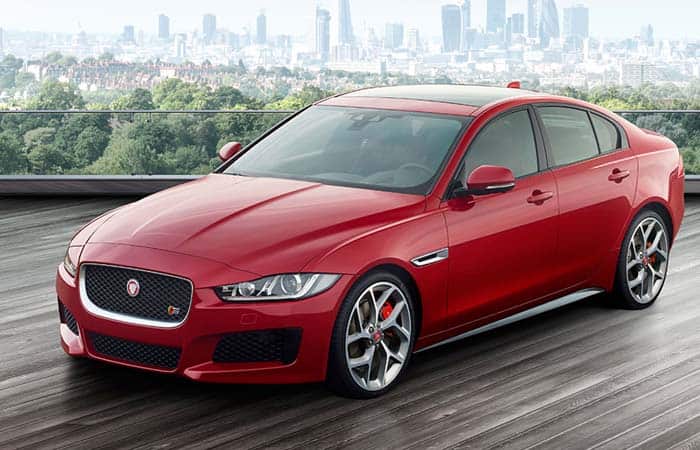 The Jaguar XE was introduced with a complete fleet of every drivetrain. It has the 4-cylinder engines, the V6 and the V8 in the slot. But the market growth is just at par. Well, that is mostly because of its price range. Some call it economical while some believe that it is way expensive than it should be.

Well, the Jaguar XE S or the V6 version of this series gets the sporty drivetrain. She was introduced in 2014 with the rest of the fleet. But the V6 competition did not allow her to reach the top rank.

The Jaguar has been trying really hard to bring this series up. There had been numerous marketing campaigns to publicize the ability of the XE. But the development is still in progress. Well, the XE S received its latest improvement in 2018.

Before the XE S got into full bloom, she shared her drivetrain with the Prestige. The 35t was notable among the tame V6 sedans. But Jaguar was eyeing to bring the sports edition on top. Ultimately the V6 Prestige was removed from the North American market and only the XE S is left behind.

The reviews are just fine about this car. And the Jaguar lovers are really impressed with this improvement. But still, there is a lot much required for this car. Well, the Jaguar XE S ranks among the top notch of the XE series. Along with that, she bears a hefty price tag of $52,275. While this price excludes every amenities, options, and additional inclusions. While with everything else it is not hard to top $55,000.

Performance is the necessary factor for a V6 car. And luckily we do not miss this content in the Jaguar XE S. Well, the XE S has a tremendous performance rating. And her behavior with the speed is appreciable.

The XE S comes with the 3.0 L V6 engine. It is the same engine that was used in the Prestige. But this one has a different power rating. The XE S has 380 horses with 332 lb-ft of torque. The powering ratio is certainly 12% more than the older Prestige. Well, we were thinking that it would even affect the mileage. But the mileage is almost similar to what it was before.

Well, the track rating is even superb with the XE S. She managed to lap 0-62 mph within 4.5 seconds. And she ran the best at 155 mph. But the transmission was just at par. The 8-speed automatic transmission is brought down from the Prestige. And it has the slower response time for a car with stiffer suspension. Though, the dual-clutch or the manual shifting could have allowed a better response than this automatic transmission.

Anyways, the transmission problem is almost standard in every Jaguar. Away from the speedy performance, the handling is pretty fine for a decent drive. The steering ability of XE S is commendable, and the braking is even satisfactory. In our tests, the XE S stopped from 70-0 mph within 151 ft. The torque vectoring adds fuel to the handling of the car. It unleashes a smooth turning ability which makes it easier to steer the XE S over the sharp turns and curvy roads.

The Jaguar XE S has the similar shape as the rest of the XE series. The difference included are the headlamp, the wheels, and the badges. The XE S gets the Bi-xenon headlights, 18-inch 5-spoke alloy wheels and a variety of colors from 4 catalogs. Besides the 18, the 19 and 20-inch wheels are also available. Ahead of that, the adaptive headlights with LED signature could opt.

The rear structure has also some slight changes. Like it gets the dual exhaust tips and the S-badge. As like the other XE models, the S is even a lightweight car. The aluminum has been used in the design to make her smart.

The Jaguar XE S features the similar interior as the rest of her siblings. But the cosmetic design is a bit different. The reddish and black contrast premium leather sports seats, the carbon fiber accent with ambient lighting, hand stitching, the Jaguar and S logo on the seats and other parts of the car. Well, the interior storage compartments are quite handy. And even there are too many bins in the car.

Well, the spacing is pretty decent and comfortable. Ahead of that, the cargo storage is sufficient to carry luggage for a long journey. Indeed the Jaguar XE S is a comfortable, adorable and a luxury car.

The Jaguar XE S comes with the 8-inch touchscreen infotainment system as standard. Well, the Jaguar has recently improved the resolution and the display of these screens. This infotainment system features the multimedia, telephony, Bluetooth and some other music-oriented features. Well, if you go to the Meridian, you get the additional sound speakers and a soothing sound. If you need the navigation, you would have to go to the 10.2-inch screen. It additional includes extra storage, instrumental display and more speakers.

The passive safety features are subtle to keep the XE S safe. Occupants are pretty much safe in this car. While the active safety and dynamic driving features include the head-up display, parking assistance, blind spot monitor and the emergency braking. Further, it features the lane departure and keeping assistant, traffic signs recognition, and adaptive cruise control. Well, with so many features the safety becomes an obvious factor for a car. And nevertheless, the Jaguar XE S is a pretty safe car to travel in.

The price factor is one of the major concepts for the automobile competition. The BMW 340i has the similar specs, while her performance is not as strong as the Jaguar. But still, she ranks better than the XE S. And the whole reason is the price. The BMW 340i is cheaper than the Jaguar XE S.

And because of the price, the XE S finds less market scope than the other cars. Otherwise, she is a fine car with some decent specs.