Through a follow-up segmentation of Ford by Jaguar, in 2014 it has started working on its own platform. The Jaguar XE is based on the rear – wheel – drive and all – wheels – drive format of Jaguar. The same pattern has been followed in the generations later than XE’s production.

Jaguar XE was introduced in 2014 at the Geneva Motor Show. This British held Indian company pronounced that the model will be successfully launched by 2015. During 2015 XE was launched in some parts of Europe including the U.K. While later in 2016 the model was launched in the United States. By 2017, a revised XE is about to be launched, which may go for all the continents.

The Jaguar XE is considered as to be the successor of the famous Jaguar X – Type. Though the X – Type’s drivetrain had a number of engines, while the XE just have three categories. But X – Type was totally based over the platform introduced by Ford. As in that time Jaguar was held by Ford.

XE is tagged as low as $35,000. While the later models succeed the price level. The model line includes four models, namely XE, XE Premium, XE Prestige and XE-R – Sport. The luxury and beauty of the car have been revised for the upcoming year, making it more luxurious than it was earlier. 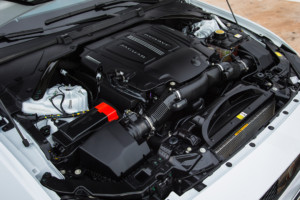 Before getting to the discussion about the Jaguar XE’s performance, let’s get a flashback of the Jaguar’s model launched last year for the following session. Jaguar has practiced extreme mechanics in those models, including Sedans, SUVs, and coupes. The highest performance engine is a V8 supercharged.

Well our Jaguar XE gets three engine driveline. It includes 2.0 L four-cylinder gasoline and diesel and 3.0 L supercharged V6 gasoline engines. A balanced chassis and powertrain have been added up in the driveline of XE. The commendable performance is shown by the V6 engine which is capable of reaching 155 mph of speed. While it is even strong enough to boost 62 mph within 5.1 seconds.

The least horses are stabled in the 6 – speed manual 2.0 L diesel. It has 161 horses and can generate 280 lb – ft of torque. While going up we get the 8 – speed automatic with similar specifications. When we get to the gasoline engines the horses of the XE increases. There it reaches 197 – 237 horses with reduced torque ranging 236 – 251 lb – ft.

While a turbocharged diesel in the range is able to generate 318 lb – ft of torque. It is just 14 lb – ft of torque short then the V6 engine. Although it just has 178 horses which are more than 100 horses short than the extreme engine.

The XE has been engineered for better performance. The weight distribution on all the drivelines is balanced to almost a ratio of 55:45 (front: rear). This helps the acceleration to boost up, and practically it is better than a number of Jaguars of this drivetrain. A drive test revealed that the Jaguar XE 3.0 L V6 turbocharged gasoline can reach 62 mph within just 4.5 seconds. 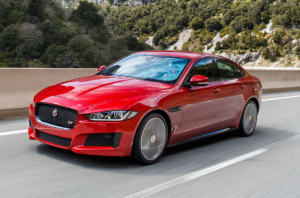 Well the exterior of Jaguar XE is not bad. It practically seems that they have spent much of the hard work over the drivetrain, rather than the exterior. It looks almost the same as other Jaguars. Rather all the jaguars, lions and cubs look like the same as other. But there won’t be anything to question about the exterior because of a strong driveline.

Although it is believed that Jaguar XE’s designer Ian Callum knows that XE is beautiful but not attractive. But it won’t both him and Jaguar much.

Jaguar XE is based on the platform of Aluminum Architecture. It is preferable in reducing the weight of the car. While, God-forbid, in case of any accident, the repair cost is also less for a Jaguar XE because of its architecture. 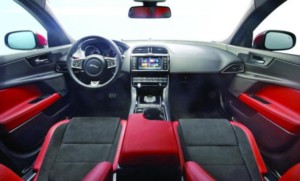 The Jaguar XE is a luxury car. Not to forget, the Jaguar has a fame of building the award winning luxury cars as well. The interior of XE is fine enough to be called, well in luxury.  The seats are pretty comfortable. Whether the front row or the rear row, they are comfortable and makes a sense for long journeys.

The windshield has the heads-up-display inclusion. It shows the speed and navigation using the laser beam.

While the tall guys could complain about the back row. It’s a bit stiff. However, the jaguar platform of luxury and comfort is maintained in XE. 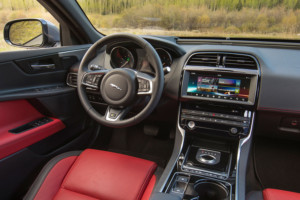 The Jaguar XE comes with 8-inch touchscreen infotainment. It has the signature JLR entertainment software. While the navigation and entertainment work pretty fine in XE. Besides the basic features of phone connectivity and internet access, there are remote features as well.

Some models in the XE franchise offer remote control feature. It means the XE can be controlled using the smartphone app of Jaguar. It is used for preheating of the car and locking and unlocking procedures. 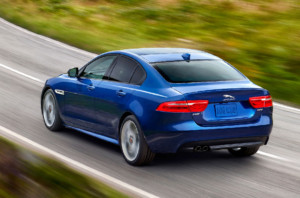 During 2015 the Safety and Security tests of Jaguar XE earned it 5 stars. The present day tests even earned a 5-star mark. Though a number of features have been made mandatory. Without those features, the status of that test is marked zero. It reduces the total count of the safety and security of the car. But Jaguar in total got 5 stars. 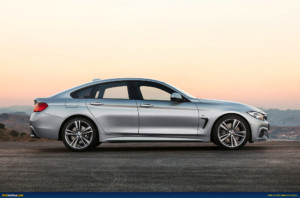 Well, welcome to the entry level sedans. If you are looking to jump into the category of luxury then Jaguar XE could be a wise choice.