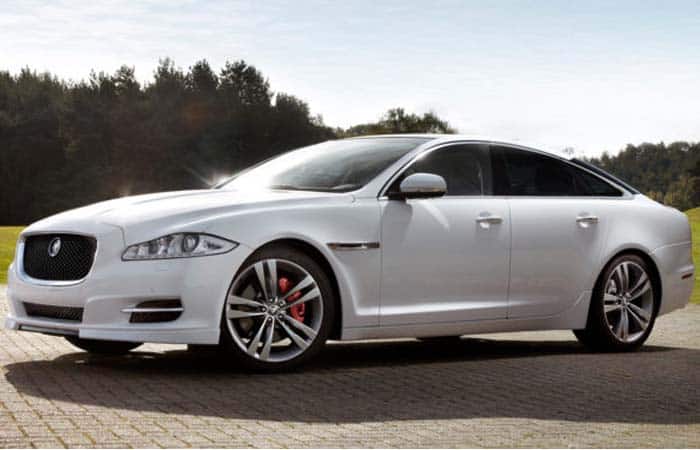 The Jaguar has amplified its roar through the SVR. Its strong impression on the market led Jaguar to revamp most of its executive class vehicles. Well, Jaguar normally comprises of the luxury end cars. But the SVR emphasized more on performance and power.

The Jaguar’s XJ has a pretty long history of executive decisions. It remained under the use of the British Royal family and was even utilized by their Premier. Well, the one the British Prime Minister used was the armored version of this car.

The history of this car could be traced back to 1968. Those were the initial years when the XJ came into existence. Since then the first generation moved on till 1992. Its impression was certainly executive and luxurious rather than bold and aggressive. It was notable among the businessmen and political leaders.

Though the first generation was produced till 1992, the second generation came out in 1986. That was certainly a different series of this car. It was more elegant, sober and classy. Well, this generation even included the XJ220 as its spiritual sporty edition.

It was initially displayed at the Saatchi Gallery. Later it came out into the market in the same year. Since then, Jaguar has sold more than 100 thousand models of the XJ. The available model line consists of the R-Sport, Supercharged, Portfolio, XJL Supercharged and the XJR575.

The Jaguar simply said, “Whenever you need anything else, just let us know”. And after that, they filled up the XJ with some delightful power. After 2011, XJ received some decent power improvement. All of its drivetrains attained additional horses to run over performance.

The tuned V8 supercharged model has received some power improvement. It now comes with 33 additional horses making 575 hp of power. While the torque has even jumped ahead to 517 lb-ft from 502. Without any question, this is the powerful version of the Jaguar XJ. And you can certainly exercise 0-62 mph within 5.1 seconds, at a top speed to 124 mph.

Besides the North American models, the XJ features the 2.0 L turbocharged 4-cylinder engine as well. This engine was added to the fleet in 2012. Well, mainly this is the base variant with 240 hp of power making 251 lb-ft of torque.

Ahead of that, the rest of the world models are still the same. The 5.0 L naturally aspirated engine still has 380 hp of power at 380 lb-ft of torque. And the supercharged model gets 505 hp at 465 lb-ft.

While the diesel variant is offered with a 3.0 L engine making 271 hp of power at 443 lb-ft of torque. Further, all the variants are mated with the 8-speed ZF 8HP automatic transmission. It is just like the rest of the Jaguar slot where no manual transmission is available.

Apart from the wheelbase, the XJ has been designed for the executive drive. The whole structure is filled with elegance and beauty. Further, the sexy LED headlamps, wide grille and the crossover shaped rear enhances the beauty of this car.

The Jaguar XJ features a remarkable interior appointment. The luxury leather seats and the wood and leather accent are the exquisite inclusion in this car. Certainly, the luxury is defined at its best. Well, with this kind of luxury, the comfort reaches the next level. The sporty models, like the XJR575, are offered with the sporty seats and attractive color contrast.

Further, the standard wheelbase models are well versed in offering a decent space for sitting. While the long wheelbase versions are much more engraving. But on some occasions, the XJ falls short to its competitors, based on the rear row spacing.

Ahead of that, there are plenty of convenience spots in this car. It is never a problem to put your phone or tablet in a safe and visible place. And the panoramic sunroof offers a versatile look of the outside world.

The Jaguar XJ comes with the 10.2-inch touchscreen infotainment system. Along with that, it gets a 12.3-inch colored driver’s cluster display with plenty of configurable options with steering mounted controls. Well, the infotainment system offers plenty of multimedia options, smartphone connectivity, telephony, 4G internet and Wi-Fit facility. Further, it features an old-school kind of navigation platform.

There are plenty of safety features available for Jaguar XJ. From passive to active safety, every column is filled with essential features. Like the sensible airbags, adjustable seatbelts, additional structure frame and much more. Ahead of that, the XJ features some exclusive safety dynamics that make the driving easy. Such as the parking sensors, adaptive cruise control with lane keep assist and the traffic signs recognizer.

Indeed, the Jaguar XJ is a pretty safe car. Certainly, it is the surety for a safe journey.

The competitive Audi S8 offers remarkable performance specs and acknowledgeable design. The S8 does take a better part in the performance. While luxury is the major content of the Jaguar XJ.

The XJ is a remake of comfort and luxury. The journeys become memorable in this car. This is certainly one of the best executive cars in the world today.