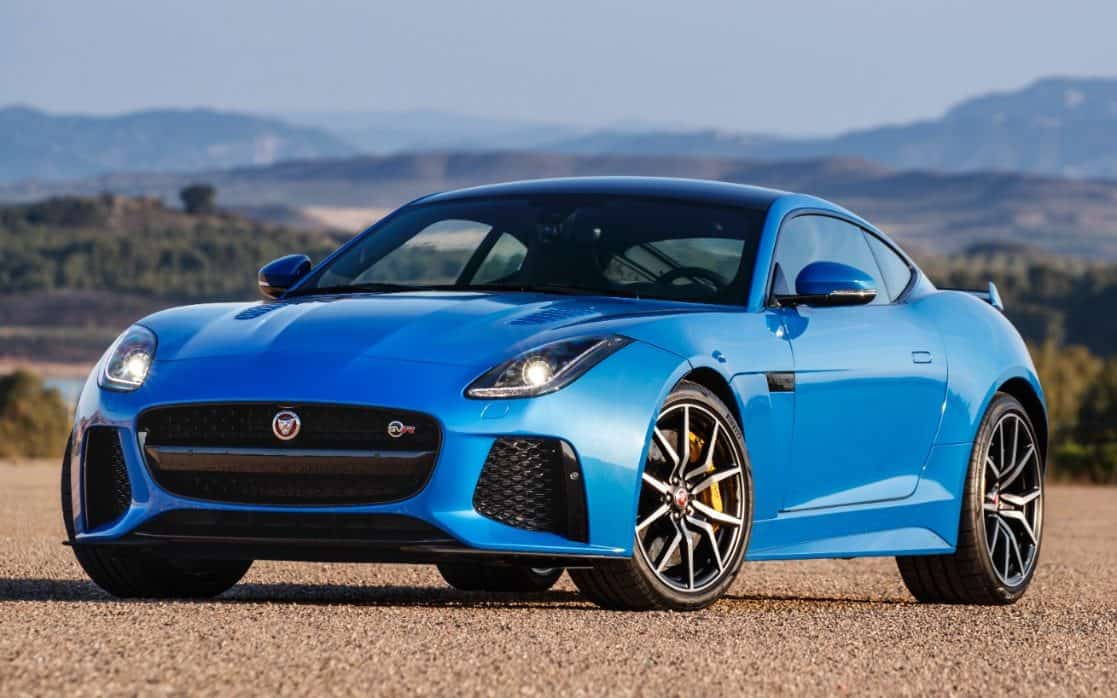 Among the franchise of the Jaguar F – Type SVR is the fastest model ever built since their last fastest model launched in 1992. Jaguar Land Rover formerly was a British company launched in 1922. Going through a number of phases implicated by the World Wars the company had to be merged with a number of other automotive companies. Some of them include the BMC (British Motor Company), British Leyland, Ford. Finally, it was sold to an Indian Automobiles company called Tata Motors in 2008.

The F – Type franchise was introduced in 2013, succeeding the former E – Type franchise and the Jaguar XK ventures. Going through the fables of success and harmony Jaguar Land Rover launched the SVR format. It was inaugurated during the Geneva Motor Show.

Besides speed, the F – Type (SVR) is counted among the top 10 best luxury vehicles in the world. It is a combination of the Type – S and R engine formats, charged with the V – 8 supercharged engine. This engine is capable of moving at the speed of 200 MPH.

The franchise along with the newest model of the series (SVR) owns the best of the reception among the automotive industry. The franchise had been awarded the Best Car of the Year award in Middle East Motor Awards during 2013. Not only this, it has got a number of celebrities as its brand ambassadors including the renowned footballer David Beckham and a famous Hollywood singer Lana Del Rey who even promoted this car in her concerts.

Telegraph (a UK-based news channel) called it “The Fastest Car of All”. A number of ventures pronounce the vehicle to be a simple luxury while some other call it a monster. Actually, it’s a combination of luxury and monster. 5.0 – liter, 5000 cm3 of the engine produces a massive sound covered with the titanium and Inconel exhaust system. The carbon fiber car makes its way to tons with the power generating modules of the V8 engine.

The test drives have shown the best of the outcomes of its combustion when it reached 0 – 62 MPH (0 – 100 Km/h) within just 3.5 seconds. This is highly compatible elapsed time for an SVR – tagged vehicle when compared to the rest of the class.

Jaguar Land Rover’s effort to put up speed once again since XJ220, have brought the fruit. F – Type SVR can move up to 200 MPH giving the fastest lane of the drive. The shape of the car, as well as the engine performance, remains steady to each other to provide a baseline of excellent road grip with smooth driving.

The reduced weight from rest of the franchise has made the engine capable enough to provide more power due to reduced surge and drag coefficients. The inner coolants are a combination of alloy materials providing a good cooling integrity to keep the engine cool. The Carbon Ceramic Matrix braking system is the best braking system for high-speed vehicles. SVR has the same braking system. Apart from braking, it is a low weight substance which even helps in reducing the weight of the car, giving a boost to the acceleration.

2016 Jaguar F – Type (SVR)  has been designed for precision, speed, and acceleration. The ultimate luxury uses the active concepts of the aerodynamics all of which work together to make it a perfect car. The cuts and shapes of SVR are such that the drag coefficient reduces by 2.5%. Not only this, it also reduces the lift coefficient by 15%. This gives enough downward force to the car which is helpful in bringing the most of the speed and increased acceleration with minimum response time.

The front bumper of the car is provided with two intakes. The intakes help in receiving the airflow towards the engine bay, working as a coolant and the wheel arches. The air is utilized as a natural coolant.

The spoiler at the back of the car is helpful in designing and shaping the air according to the position, movement, tilts, turns, steer, speed, acceleration, velocity and burst of the engine providing a smooth flow of air through the car and giving the necessary boost that a car would need to get a steady and wonderful acceleration.

The car uses 20 inches Forged alloy wheels which is helpful in reducing the weight by almost 30 lb. While Pirelli did the most of the work in the road grip by assembling the car with 10 mm bigger tires than the standard F – Type models. The best car tellers, Top Speed, call it resembling an SVO project of Jaguar Land Rover called Project – 7.

2016 Jaguar F – Type (SVR) is a combination of luxury and speed. World’s finest crafters have crafted quilted soft leather seats with hand knitted stitches. The seats and the steering wheel are beautified with contrast coloring providing a pleasant look and providing all in the house that a driver needs on hand.

It’s truly a luxury, apart from high speed, busting acceleration, massive road grip and a feel of the airplane cockpit. Since SVR is meant for the racing vehicles but it is a combination of race and luxury at a time. And more likely it’s among the favorite brands for the Middle East inhabitants. Though for the price of the car as compared to the rest of the same class is quite nominal. The price starts at $ 126,000, making it a pretty economical franchise of S – class of the cars dynasty, and provides the customers to customize their vehicles as per their choice.

The car has the DDS (Driveline Dynamic System) and EAD (Electronic Active Differential) which work together to optimize the powerful 5.0 – liter v8 supercharged engine and provides the stability for the performance. Its infotainment system supports the smartphones and wearing gadgets such as the Android watches. The driver can easily set the weather control of the car, start the car, stop the car, checks the mileage and fuel of the car using the device.

The InControl System provides every facility to the driver from GPS to the GPRS, music, navigation and the performance of the car.

Safety for a fast driving vehicle is definitely quite important. Before launching the 2016 Jaguar F – Type (SVR) to the public and on for the sale, Jaguar Land Rover makes it sure with all of its models that all the launched vehicles meet the required standard of the safety measures.

Apart from just standards it even goes for the utmost security of its drivers and provides the finest of the vehicles based security systems.

S – Class of cars is full of competitors. Especially the lightweight racers found a number of challenges. Same as our Jaguar F – Type (SVR) finds a competition with the Audi’s R8 V10 Plus. Both are a unique combination of speed, luxury, stability, and standards and provide the best driving experiences so far.

When you are looking for speed, acceleration, and beauty, then Jaguar F-Type SVR does need some consideration. This car will definitely be a jewel in your garage.