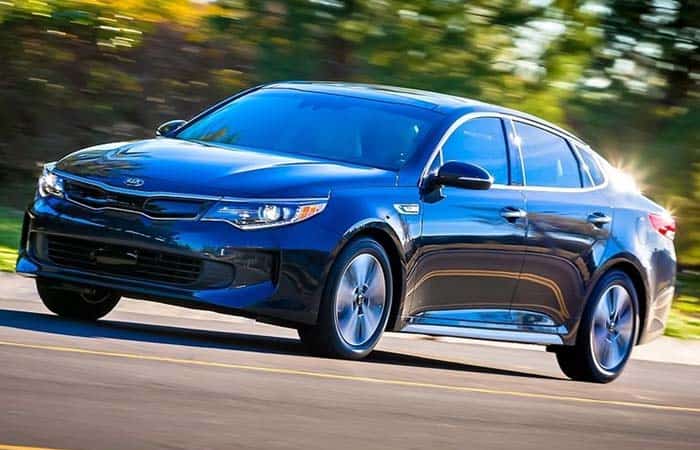 The hybrids are to be distinguished separately from the gasoline or diesel engine cars. The history of the hybrid cars is quite vivid. Once, they were just a part of an imagination. But who knew that these would even become the reality. And no one knew that the hybrid cars would become important for the daily chores.

Besides the actual inventors of the hybrid cars, the South Koreans have even participated a lot in the development of this tech. The Kia Optima Hybrid is one of the living examples of the Korean hybrid cars.

Well, the Optima Hybrid was launched way back in 2010. During the Los Angeles Auto Show, the Optima Hybrid was introduced as a green car. But that was just a simple semi-bi-power machine with nothing much relevant to the hybrid tech. But in 2016 the Kia launched the Optima PHEV Hybrid, which is pretty much based on the principles of the bi-power technology. Well, this version is enlisted in the fourth generation of Optima. It is mainly based on its cousin, Hyundai Sonata PHEV.

The Optima Hybrid was launched for the commercial market in 2017. Its fame went on like a high fire. Its prominent design and efficient powertrain attracted a lot of folks towards it. Well, during its first month, more than 80 units of this car were sold. Indeed, she is among the hot cakes of the hybrid cars.

The starting price of this car is $25,995. The base version is titled as the Optima Hybrid Premium. While the upper version gets the title of EX from “Exclusive”. And it carries a base price of $30,990.

Well, now is the time to explore the Kia Optima Hybrid.

The Kia Optima Hybrid does not get the same mechanism involved in the standard Optima series. It gets a different gasoline powertrain combined with the electric motor.

Well, we tested this powertrain through various segments. We ran it fast to check its performing capabilities. We rode it in the traffic to check its stamina. And we took it to the highway to see how stable it is.

It launched from 0-62 mph in 8.1 seconds. Well, that is not really an optimal score for a 2.0 L engine, backed up with a boosting component. But still, it makes its way into the competition. And the Optima Hybrid only went up to 130 mph. Certainly, you cannot really think of making this car your sports contender. But you would love to make it your errand runner.

The hybrids cars are all about the mileage. The better the mileage, the best the car. The Optima Hybrid is capable of covering 27 miles on just electric power. Well, after those useful miles you will switch to the 2.0 L gas engine. While she delivered us 42 mpg as the combined fuel mileage.

The Optima Hybrid does not really look much different than the other cars in its series. But it is quite different in terms of the aerodynamic application. It has the lowest drag coefficient in the whole Optima series. It has almost 0.24 g of drag coefficient which meets the standards of the best electric cars. And for that, it gets the electric front grille which opens and closes to adjust the drag coefficient of this car. Certainly, Kia has invested quite wisely in the structural design of Optima Hybrid.

Well, the headlamps get the combination of the HIDs and the LEDs. The base model gets the 16-inch alloy wheels. While the upper one gets the 17-inch wheels. Besides, rest is all the same as that in other Optimas.

The interior is just fine. The base version gets the cloth seats with some sort of treatment to make them special. But they still are not special. While the upper trim gets the leather seats. And white leather seats are optionally available for the EX model. In addition to that, the EX even gets the heated front and rear seats.

While leather-wrapped steering wheel along with the shift knobs is standard for both the models. But heated steering wheel is only available for the exclusive model. The carbon fiber is used for the accent trim.

Well, the Optima Hybrid offers plenty of spacing. While the cargo spacing is a bit shrink as compared to its siblings.

The Kia Optima Hybrid has earned 5-stars in its road safety test. Well, it is because of its rigid cage frame, the number of airbags and the reliable seatbelts. Occupants are completely safe in this car.

While the Optima Hybrid does not even bother the pedestrians, trees and the other cars on the road. It is because of its active safety features. The Optima Hybrid gets the rearview camera, parking assistant, blind spot detector, advanced smart cruise control and the lane keep assist. These features make the driving more invulnerable.

The Ford Fusion Hybrid is one of the competitors of Optima Hybrid. Well, it has the similar powertrain. But it performs weakly as compared to the Optima Hybrid. While the exterior and interior designing is almost similar in both the cars.

Well, if you are looking for a strong hybrid car, then Kia Optima Hybrid could become the finest option for you. But if you need something that could save more fuel, then you would have to jump down the ladder.