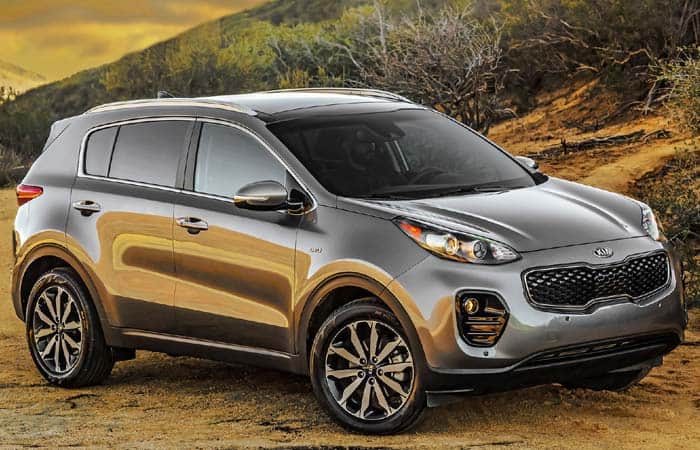 The Kia has been in the business for the city cars since long. But it was very less that this company came up with an SUV or a sports car. Though it had some in the queue they were not good enough to compete with the other cars in the market.

Well, Kia tangled some minds and brought in the Sportage as a compact SUV. This was 1993 when the Kia came up with this plan. The design was fine and the cosmetics were decent. But she was not an ideal choice. While with time Kia realized that they get a huge competition from the Japanese automakers. Certainly, that changed the structure of the car and brought the second generation out in 2004.

Well, the changes were cool but still, she was not strong enough to get a good hold of the market because of her weaker safety specs. This helped Kia to improve her more and as a result, the third generation came out in 2010. This generation was much better than the last two. And her performance, design, and comfort gained her the People’s Wheels Award for SUVs and the Crossovers. From here the journey of success began.

The Kia came out with the fourth generation in 2015. And it got some more improvement. Like the safety, mechanism and the comfort have some new features. Well, the design was appreciated a lot and the Sportage earned the Award for the Car Design. This is the present generation of this series.

The present generation Kia Sportage has received some decent improvements. Especially, the one available here in the North American market has received some performance upgrade. Well, the base version gets the 2.4 L inline 4-cylinder gasoline engine with 181 good horses. And the performance model comes with the 2.0 L 4-cylinder turbocharged engine. The power rating for this engine goes with 240 horses on the front-wheel-drive and the 237 horses for the all-wheel-drive. While the maximum torque output ranges at 260 lb-ft.

Away from the performance, the Sportage offers a decent fuel mileage. Our turbocharged Sportage delivered a combined fuel mileage of 19 mpg. Well, this rating is certainly a mile or a couple better than what we received in the previous generation.

The Sportage comes with the front-wheel-drive as standard. While the optional all-wheel configuration is also available. Further, the drivetrain is mated to the 6-speed automatic transmission.

Away from the North American market, the Sportage is available with 1.6 L 4-cylinder gasoline engine as standard. While the turbocharger makes this one the performance machine. Ahead of that, the 2.0 L gasoline is the upscale version. But that is much like compromising with the mileage.

Well, the Sportage is also available with the diesel drivetrain. This version comes with the 1.7 L 4-cylinder engine as the base model. While the 295 lb-ft 2.0 L 4-cylinder is the upscale version.

The recent improvements include a stiffer suspension. Though the rev is still lagging. But the available drive modes give a bit boost to the performance. While the Kia has to include agile handling specs in the Sportage. Her steering abilities are cool while riding in the city. And the braking is quite fine. The Sportage stopped at 70-0 mph within 174 feet.

The first appearance was quite weird for us. The front fascia looked much like a handsomely dressed frog trying to smile and weep at the same time. While the sides and the rear were pretty fine.  Well, the frontal design has certainly degenerated the exterior concept for this car.

The interior design is quite impressive. It has reach ingredients and the interior appointment is appreciable. Well, the ingredients include the cloth and leather seats, heated and ventilation option, leather-wrapped steering wheel and the gear knobs. Further, the accent includes the leatherette and carbon fiber wraps.

Well, the spacing is eloquent for 5 people on board. And the cargo offers 31 cubic feet of space which are indeed quite bigger than the previous generation. And if you fold down the rear seats the cargo spacing tops 40.

The 5-inch touchscreen infotainment system with the 6-speaker audio system comes with the base model. While the 7-inch screen is also available for the base version. The middle thresh gets the 7-inch screen as standard with the UVO multimedia player. And the navigation is optionally available. The turbo version gets the 8-inch screen with the navigation and the HD radio. Ahead of that, the Apple CarPlay and the Android Auto are available for the Sportage. And these are standard for the later versions. Well, if you are interested in tune the audio system, then you may opt the Harman/Kardon 8-speak music system with the 320-watt amplifier.

The turbo version features the digital driver’s cluster display with 4.2-inch TFT screen. Along with that, the push-button start is also included.

As like some other Kia cars, the Sportage even features the Iso-structure. It is an additional safety cage along with the rest of the exterior. Further, the passive safety includes sufficient amount of airbags to protect all the occupants and the belts are fine. Ahead of that the active safety features the electronic stability controls, hill start assist, the anti-lock braking system and some other handy options.

And no doubt, the Sportage is a nice car to get. She is a fun to drive a car and carries a lot of features. Certainly, she can suffice as an optimum choice for the families.

On the other hand, you may also check out our 2018 review for the Kia Carens model.