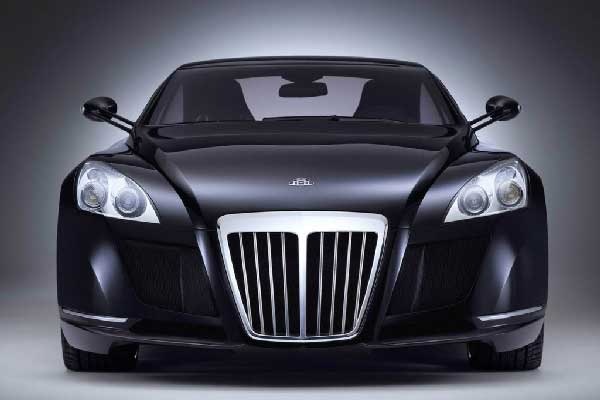 An exotic car experience is a combination of top speed, ultimate luxury and outstanding overall performance. Often times, we end up daydreaming about owning an exotic car brand, not only for ourselves, but also for the awe of passers-by. Driving around in a superb sports car is an ode to an owner’s ego.

But what is the best exotic automobile of our days?

We’ll be as frank as possible, and in doing so, we’ll shatter some hopes and hurt some prides. The best exotic car in the world is, unfortunately, also the most expensive car brand on the market. Surprise, surprise, it’s been bought for $8,000,000 by Birdman, an American rapper who is known for spending his money lavishly. But the model? Which type of car is worth this much money?

The Maybach Exlero has been launched in the brink of 2008 and has, since then, come up in various exotic car lists. But it wasn’t until recently that it got more attention from the public, thanks to its outrageously high price. In fact, the model car was initially designed in 2005 and it was based on the Maybach 57. The fact that Maybach, a world-known German manufacturer, has, over the years, made a name out of designing top-quality luxury cars, also helped spread the word on the automobile.

Some people say it’s ugly, while others praise its design, but the Exelero couldn’t have been loved by everyone, mostly because it was inspired by a car that was popular in the 1930s.

And why might the Maybach Exelero be a top exotic car?

Just take a look at these pictures. If these don’t give credit to the model, we don’t know what might. Thanks to its sleek lines, that seem to have come out of a noir mafia movie, this car will clearly be noticed on the streets. The interior? Black and red go together in creating the perfect tapestry colors, and the blue digital dash is clearly a nice contrast. We’ll even go to the length of claiming this car looks like it’s come straight out of Sin City.

As for the specs… what could we say about them? The Exelero comes with a ridiculous 700 horsepower, a top speed of 218 mph and can go from 0 to 60 mph in only 4.4 seconds. Its V12 twin turbo engine is set on wowing future owners. This expensive car brand also comes equipped with Fulda tires, which are produced by a German tire manufacturer that is set on forever redefining the way we look at car wheels.

The single and most important disadvantage of the model is the fact that it is, after all, a concept car, and it’s been produced in only 1 unit. And 1 out of 1 have already been purchased. What’s surprising is that the general interest in the model has grown significantly after it was purchased, as it usually happens with unique properties.

Over the years, the Maybach Exelero has been included in various tops and rankings. Some looked at it from a simply unique point of view, while others appreciated its design and exotic look. Top Car Rating placed it among the fastest cars in the world. ListaBuzz mentioned it among the 5 most expensive cars Maybach has ever built. So this vehicle definitely has a lot of buzz going on.

Nowadays, rumor has it that Jay-Z has either purchased the Exelero from Birdman, or somehow signed a contract with the latter, so he’s also allowed to use it from time to time. The idea has not yet been confirmed and it may not even be real, as Jay-Z has, indeed, used the automobile in one of his latest videos, but has not released an official statement about possibly buying the car.

Whatever may be the case, in our opinion, the Maybach Exelero is, indeed, the best exotic car in the world, perhaps even more popular than any other supercar. It’s a unique concept car, with a highly attractive design and a number of features that make it look irresistible to the eyes of any car lover.