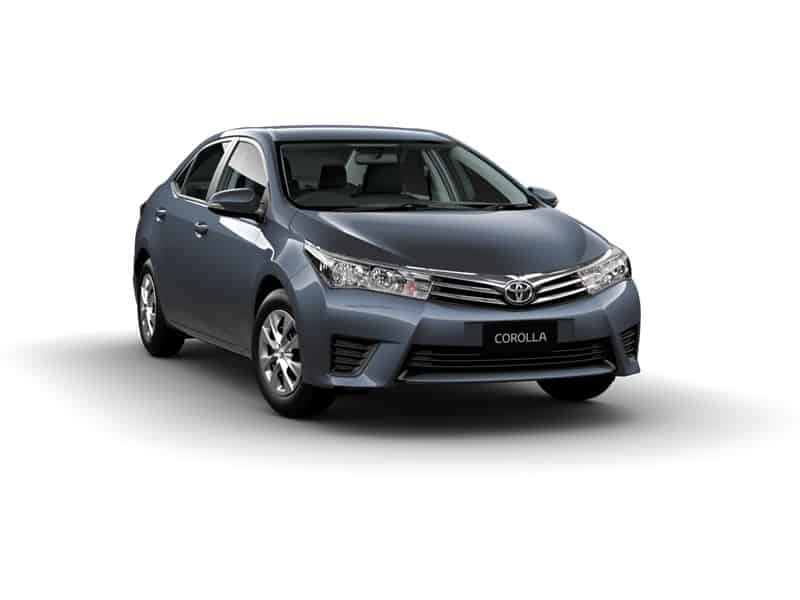 If you are auto savvy, you must have noticed that the trend of launching new models of cars every year is more frequent now as compared to the past.  The reason is obvious; the sale of automobiles has been increasing and the customers demand for latest technology, comfort and enhanced speed in their cars. This competition leads us to share the top 10 best selling cars 2015.

Below is the list of top 10 best selling cars 2015 published after detailed research on the global automotive market by AutoGuide, an authoritative website of automotive sector. The numbers show the increase and decrease in sales of different models of famous brands worldwide.

In 2015, Toyota Corolla remained on the top by selling the record 1.3 million vehicles in one year. This is indeed a sales record.

Here we are starting from the top of the list.

As mentioned earlier, the Toyota Corolla made the history of selling more than 1.3 million vehicles worldwide. The sales of Toyota Corolla increased by 4.7 percent in 2015 and the company retained its title of the World’s best selling car. The sale of the Corolla in 2014 was more than 1.2 million units worldwide. Country wise breakdown of the sales of Corolla shows that the US is the top market with 363,332 units, china is on the second number to 300,641 units. The Toyota Corolla has also seen a strong increase in the UAE (+37.1 %), Romania (+73.6%) and Pakistan (59.8%).

Even though the Volkswagen faced the diesel scandal in 2015, the vehicle Volkswagen Golf remained successful in securing the second position in this list. The Volkswagen crosses the quota of 1 million selling units with the growth of 8.4% increase.  Volkswagen is considered the leader in the Europe since last 40 years. Last year too, the Germany was on the top in selling with 270,952 units. The second country was china where 195,845 units were sold, followed by the UK with 75,038 units.

The Ford F-Series was in the fourth position in 2014, but the sales of the vehicle increased by 1.6 percent in the last year. The increase in sales raised the Ford F-Series to the third position in the list of top 10 best selling cars 2015. 920,172 units of Ford F-Series were sold worldwide. The USA is the top selling country 780,000 units, while the Canada is on the second place with 118,837 units.

Ford Focus was in the second position in 2014, but last year the Ford Focus dropped it sales about 19.4 percent. The number of total units sold worldwide in 2015 was 826,221 that are far less than 1,025,467 of 2014. The drop in sales also dropped the position of Ford Focus to the forth from the second. The highest fall in sales was seen in China that was about -37 percent; if we convert the percentage to the units it will be around 150,000 units.

The US or the UK are not the power markets of the German automaker Volkswagen. In 2015, the subcompact vehicle Volkswagen Polo was not sold in North America, but still it is on the 7th rank of top 10 best selling cars 2015 with the selling of 698,182. It is a respectable increase of 2.2 percent as compared to 683,301 units of 2014.

Most of the people think that the best selling model of Honda must be Accord or Civic as they are the well-known models among people. The fact is a little bit different, the sales figures show that the best-selling model of the Honda is CR-V. The eighth position of Honda CR-V indicates that the crossover and SUV segment is also becoming stronger. Honda CR-V retained its position, however, the sales falls by 2.5 percent as compared to 2014.

Chevrolet is trying hard to capture the market of small pickup trucks with Silverado, but still it is far behind the Ford F-Series. With the growth of 12.9 percent, the American automaker sold 669,683 units of Chevrolet Silverado. This increase in sales helps Silverado to jump from the sixteenth to ninth position in the top 10 best selling cars 2015 list.

The presence of the Toyota RAV4 in the top 10 best selling cars 2015 list shows that the Toyota is ruling the list. It is one of the three models of Toyota present in the list. This model of Toyota saw the increment of 5.5 percent in 2015 with the selling units of 664,382. The Toyota RAV4 was not in the top 10 best selling cars list in 2014. The growth in sales made its way to secure the tenth position in the list.

The list of top 100 best selling cars 2015 also revealed those models that fall from a good position to very low position. One of these models is Ford Fiesta that falls down to the eighteenth position from its ninth position of 2014.

Customer’s buying decision, when they select a particular brand and model, is the biggest appreciation for the automakers. So, the selling ratio is the most significant factor to get an insight of the automobile industry.