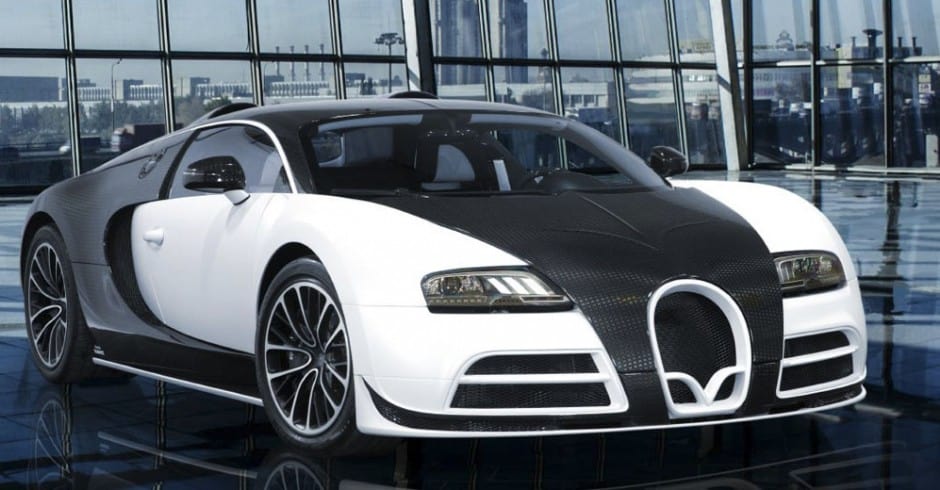 There are some things in the world where swagger and style takes priority over practicality and efficiency. It is during such moments that one feels pure bliss, both in the abstract and the concrete form. While money does not necessarily buy happiness, who is to say the same for the people who own these beauties. Here are top 10 expensive cars in the world that you might be willing to trade your soul to the devil for a mere chance to be able to drive it just once. Starting from the most expensive car in the list that still bears a 7 figure amount, we have:

This little number from Ferrari dubbed the “Hottest Car of All Time” and the “Greatest Ferrari of all Time”. This car cost about U.S $18,000 when it first went on sale in 1962. Looking at its features and specifications, the car truly deserves the $38 Million price tag. 39 units of this sports car were produced in the two years. A two door berlinetta, has the high speed of 255 km/h. It also has the ability to go from 0 to 100 km in 6.1 seconds. Even though there are 39 units of this car somewhere around the world, yet, in pop culture and movies, replicas of GTO are being used by actors like Tom Cruise and others when they are playing super spies and such. A car worth having, isn’t it?

The Mercedes-Benz W196 is a race car created by the car moguls for formula one racing. It has the record of winning 9 out of 12 races it entered and eventually got hold of two world championships. It had the legendary 3-litre 300 SLR and a high-performance V12 engine. The price tag of 30 Million comes with the top speed of 300 km/h and the ability to go from 0 to 100 km in 10 seconds.

What is that one car that anyone in the entire world would love to drive? The answer will be unanimous and without a doubt – a race car. And what better race car could to ever think of getting your hands on other than a Ferrari. The Ferrari 290 MM i.e. Mille Miglia had the horsepower of 320 and a maximum speed of 280 km/h whose V12 engine could go from 0 to 100 km in 10 seconds! With only four units of this car ever created, this number is high in demand by car enthusiasts everywhere and has earned the third place on our list.

Another versatile car on your list is this little number by Bugatti. This car definitely deserves the 20 Million Dollar price tag. It is also known as Bugatti Type 41. Only 7 pieces of this car were actually produced by Bugatti. Each and every single recipient of the car was handpicked by Bugatti himself and were produced in the Berline, a two-seater coupe, cabriolet and a roadster as well. This car is also attributed to be the longest car in the world to date. Even though it went on sale during the great depression, it still cost about U.S $30,000, with the top speed of 160 km/h. It has the ability to go from 0 to 100 km in 20 seconds. No doubt, it is as sought after as it was when it was first introduced.

Now, what could one say about a car that is no longer on sale? And people who would like to get hold of it can only do so if someone who owns the car decides to auction it? That is exactly how you can get hold of a Mercedes-Benz 540K. If you are a car enthusiast, you know for a fact how incredible its history is. Dating back to 1936, this car, with the top speed of 168 km/h that goes from 0 to 100 km in 16 seconds, was first introduced at the Paris Motor Show. It was designed by Friedrich Geiger and was available as a two-seater known as the cabriolet, as a coupe with four seats and even a limousine with seven seats to its credit. A car as versatile as this certainly deserves this price tag.

Mayback Exelero is also one of the top 10 expensive cars available in the market. The Mayback Exelero was built back in 2004, yet this incredible sports car with its 700 horsepower V12 twin turbo engine deserves to be in this list. This luxurious German car was created to complement its earlier streamlined model of its 1930 legendary sports cars. This car, manufactured by Maybach-Motorenbau, was created on a special request by Fulda tires and has the top speed of 351 km/h and goes from 0 to 100 km/h in 4.4 seconds!

The list of top 10 expensive cars is incomplete without this baby. This car is one of the fastest street-legal cars in the world, this car is indeed a girl’s best friend. Weird huh? Usually, it is the boys that are really into the cars, unless you are Michelle Rodriguez and Gal Gadot but this car is the one for the girl. Studded with actual diamonds, the Swedish masterminds behind this car came up with an exclusive exterior finish that is called the Koenigsegg Proprietary Diamond Weave, the car is coated with carbon fibres that contains diamond dust-impregnated resin. With 4.6 litre, dual supercharge V8 engine that is capable of generating 1004 hp, this car is bound to make anybody jealous.

“Posion” might be the last name any car manufacturer would want to name their car. But, when it comes to this little number from Lamborghini, it is pretty evident that they knew what they were doing. With a car as deadly in the looks department as this one, it is no wonder that this modified Aventador was named Veneno, Italian for poisonous. This car looks more like it belongs in the Transformer franchise rather than the road has a 6.5-litre V12 engine gives an output of 740 horsepower and can go from zero to 96.5 km/h in 2.9 seconds. Bloody incredible!

Remember that awesome piece of intellectual brilliance made out of steel crashing through three skyscrapers in Furious 7? Well, the producers cast the right cast with the best possible car ensemble one can imagine and let just say that it wasn’t Vin Diesel or Paul Walker shining at that moment. The first sports car to be produced by the country that usually has its streets crawling with luxurious cars, UAE got something right, since their cops are the one driving one of these knockout cars. With only 7 of these cars ever made, the car seems worth the price tag with 386 km/h top speed, it goes from 0 to 100 km/h in just about 3 seconds. Talk about amazing!

This list wouldn’t be complete without some version of the mighty Bugatti Veyron. We’re shining our spotlight on the the Mansory Vivere edition here, because not only is it one of the fastest cars in the world, it’s one of the most expensive. With 1,200 horsepower and a carbon fibre body along with the redesigned front grill, Veyron is truly a work of art. It can go from o to 60 in 2.9 seconds and a top speed of 408.8 km/h.

If your pocket allows you to buy any of these top 10 expensive cars then you must go for them as the car you keep reveals a lot about your personality.