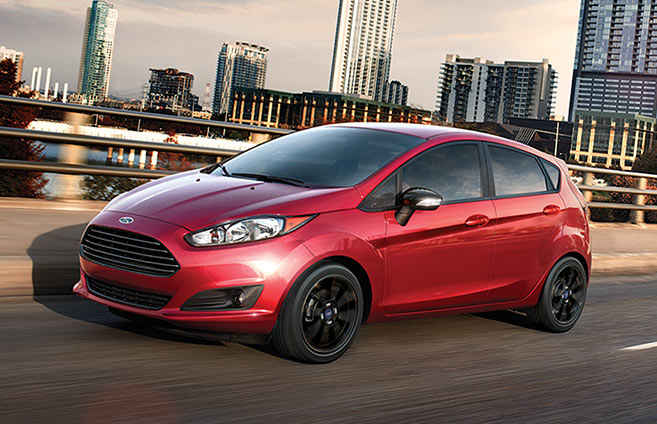 The economy is meant for almost all the drivers in the world. Especially when it comes to a family ride, the car is supposed to be economical in all the terms. The face value, as well as the mileage of the car, should be beneficial for the wallet.

The year 2016 has shown some remarkable improvisation in the world of automobiles. The use of adequate technology has brought the fruit. Cars with the lowest face value as well as eco – friendly mileage are evident for the drivers today.

The 2016 Ford Fiesta is tagged as low as $14,100. Fiesta is offered in two body styles, the sedan, and the hatchback. It comes with a 1.0 L gasoline turbocharged engine which gives an EPA of 36 mpg. It could have been incredible among the gasoline engines. But the light weighted engine is a bit more consumption of fuel. Rather it is a fun to drive.

Another all – electric car is here in our list of cheap cars. The Renault Twizy is tagged at $9000. This two – door companionate ride is really an eco – friendly version of the cars. While the concept of body certainly resembles the robotic cars of the sci-fi movies. You can find colors, cosmetics, and way lots of accessories for your electric Twizy.

The 2016 Honda Civic starts from $18,640. It is offered in two different body styles; the sedan and the coupe. Well, the Honda Civic coupe generally resembles a hatchback. Civic comes with three engine modules. Starting from 1.5, 1.8 and 2.0L all powered with 4 – Cylinder Engines. Being an iVTECH consumer, the Civic provides a mileage of 31 in city and 42 on the highway. You can get whole lots of fun while driving the 2016 Honda Civic. As it’s a customer of performance. With such performance slots, you won’t rather think to go beyond this level.

The redefined Toyota Corolla has something cool to offer to its customers. It has the base price of $17,300 with 12 different models. Could it be imagined, a car with 12 different versions? And all of them are differentiated on the basis of their performance and style. While the least one having a 1.3 L engine with some basic cosmetics. What if, the Corolla had been more comfortable?

The Chevrolet Spark LS starts from $12,700 with a wonderful economy of 36 mpg as an average. This 1.4 L 4 – Cylinder car has 98 horses to run. You can get enchanting and eye catchy colors in the Chevrolet Spark LS like the yellow, green, blue and else. And it could work out as a good family car. Mild sort of performance can be expected from this customer of the economy.

The $7,700 car could have something good for an economic ride. What do you want? Tech or performance or just the economy? Sandero is just an economy package. The 1.2 L gasoline engine is although an engine but it’s fine enough to have some savings. It’s a good family car, but never – the – less, it’s not a performance car. Take a trip, but not a track.

Hyundai has marketed i10 in almost every continent of the world. It starts from $10,200 with three engine modules. Two are totally gasoline engines while the last is an LPG engine. Incredibly this car is a packet of the economy. It has been designed as a family car but has some shorter interior spacing. Rather you have to be a bit shorter to fit within.

The Honda Fit is an all-around spectacular car for the year 2016. Starting from $15,900 with a 1.5L engine. It is certainly a complete family package. Among the gas cars, Fit owns one of the best mileage. It offers 33 in the city while 41 on the highway. With this 130 hp hatchback, you can have lots of fun while driving with family or friends.

Nissan has another cheap companion in the queue. The Nissan Versa, starting at $12,000 with a mileage of 31 in city and 40 on the highway. Versa comes with 1.6 L 4 – cylinder DOHC engine. This eco – friendly agent can have a cosmetic modification. While Nissan is even selling the modified versions of Versa.