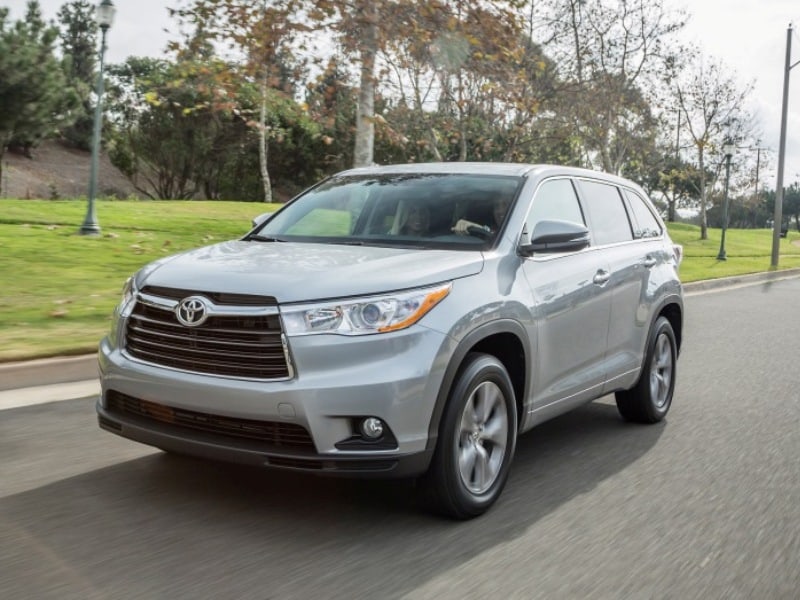 During its initial years, the Highlander offered the standard with front wheel drive and also offered all-wheel drive. Comparing with its competitors, the Highlander is all about on-road relaxing capacity and features. Its body is constructed for total comfort and it also has an independent rear suspension. In the US, it was offered in three trim lines – the Base, the Sport, and the Limited. The Base and the Limited models were already there when then Highlander was first launched. The Sport model was only introduced in 2006. Considering the Highlander surpasses Japanese regulations in terms of engine displacement and exterior dimensions, this vehicle is considered as a luxury car in that country.

Throughout the years, the Highlander has undergone significant transformations to fit the changing needs of car owners and because the competition is pretty stiff. For instance, the wheels on the Limited models were altered from a six-spoke to a five-spoke alloy while the wheels of the Base models also changed from steel-rims to alloy wheels. Of course, the Sport models had a remarkably grilled design, which was the notable difference between non-Sport trims.

During its beginning, the engine was only 2.4 L, but it has since increased to 3.0 L to 3.3 L V6-powered models. Starting in 2006, Highlanders in Canada are only available in a V6 all-wheel drive configuration. There were also differences as in Japan and Australia; the Kluger was released with a center console that has integration with the dashboard. This was lacking with the Highlander being sold in North America. It was only introduced in the 2002 model year in the US, and in the 2003 model year in Canada. Fast forward and we now have the 2016 Toyota Highlander. 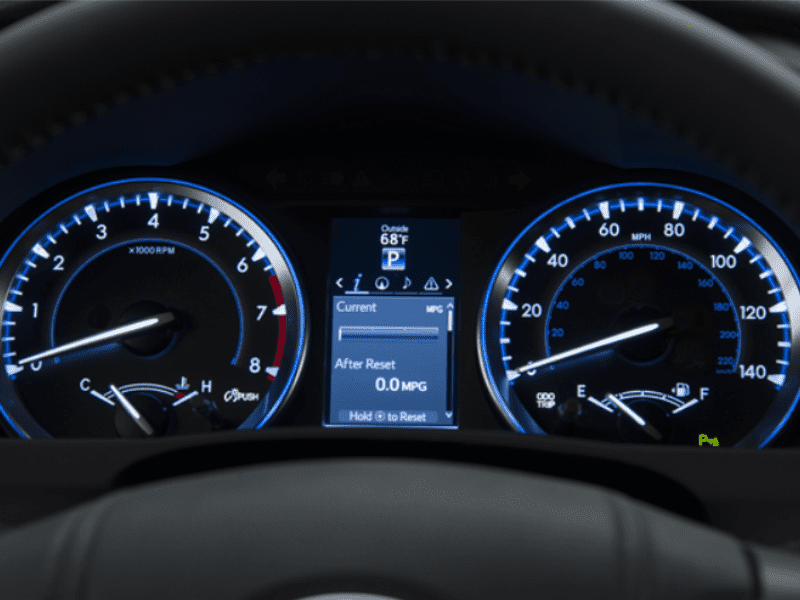 The 2016 Toyota Highlander is still being offered in three drivetrains – base models come strong with 2.7L 4-cylinder engine which produces 180 horsepower. With this, the Highlander has an mpg of 20 City/25 Hwy; the mid-level models runs on 3.5L as a V6-powered model, so it makes 270 horsepower; the top of the line hybrid, on the other hand, runs on electric motor with a V6, thus making 280 horsepower and has an mpg of 27 City/28 Hwy. As previously mentioned, the Highlander is a standard vehicle using a front-wheel drive. Still, all-wheel drive can be opted to those who have the said requirement. The 2016 Toyota Highlander is also available in four various trims – LE, LE Plus, XLE and Limited. LE is the most basic, so this review will focus on that.

Because LE is the most basic trim, it is the only one featuring the smaller 4-cylinder engine. Still, it does not lags behind when it comes to functionality and features because it still boasts 18-inch wheels, an Entune stereo with a 6.1-inch touchscreen, a backup camera, Bluetooth streaming, heated mirrors, a couple of USB ports and third-row seating. If you opt for an LE Plus, there are enhancements like height-adjustable power rear liftgate, an 8-way power adjustable driver’s seat, satellite HD radio, 3-zone automatic climate control, fog lamps and a leather-wrapped steering wheel.

In terms of speed, the Highlander is not the fastest choice when compared to other car brands and models like the Ford Flex, but what it lacks in speed, it makes up for being smooth, relatively strong, and fuel-efficient, which are all incredibly practical. Though the base models running on 2.7-liter four-cylinder, it’s still sufficient with a light load. In fact, it is the same engine found in the smaller RAV4. Toyota Highlander’s current generation is also applauded by car owners and enthusiasts alike for its better driving experience with an athletic side to it. The ride is also a bit more quite when compared to the previous generations. 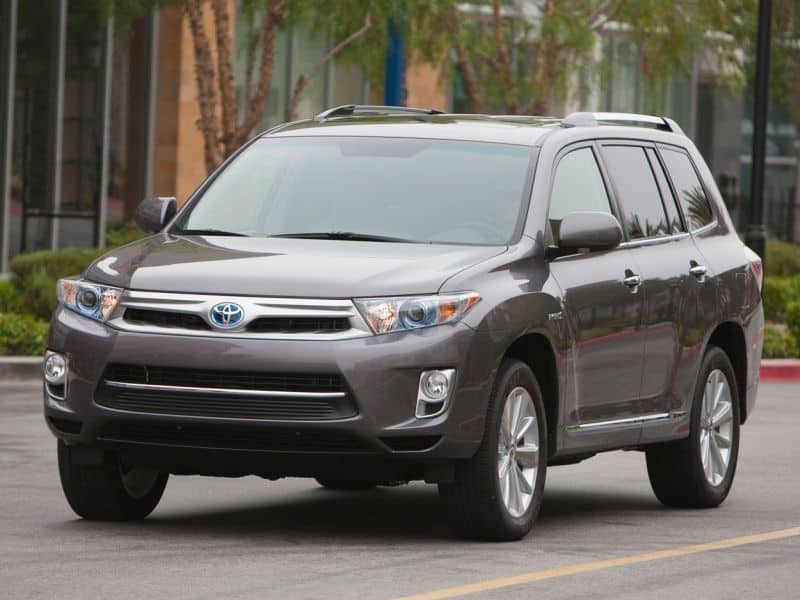 Compared to the previous versions, the 2016 Highlander is 191.1 inches long on a 109.8-inch wheelbase, which means that it has expanded by three inches. Though it’s already a large vehicle, limits are not being placed as there’s a half-inch more width. Still, when compared to its competitors like the Nissan Pathfinder, the 2016 Toyota Highlander is still smaller. The maw-like grille and in the exaggerated wheel wells and sills adds up to its look being like a truck (though the interior says otherwise). In profile, it can be likened to 4Runner and there’s also the style that likens it to an SUV. The stance is pretty impressive with its shoulders giving it a more decent look as a vehicle, nothing grand or cartoonish, just simply elegant and practical. 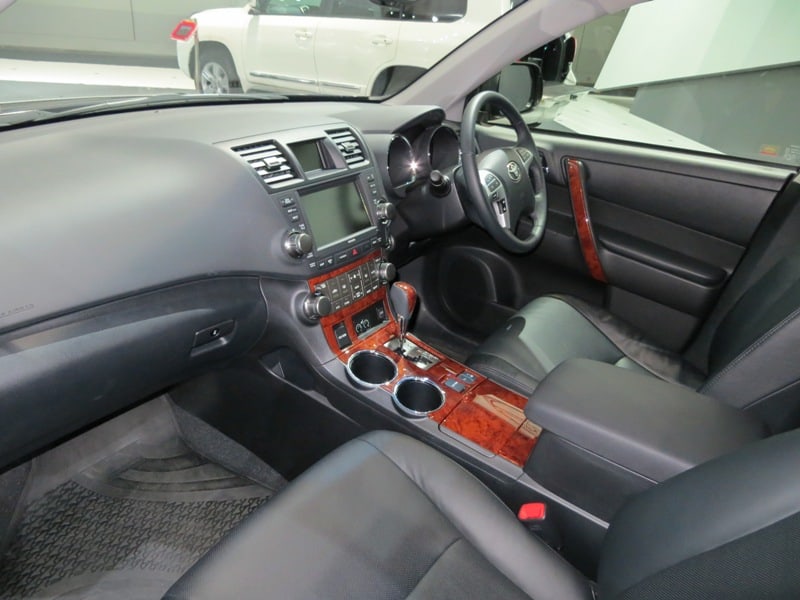 The Highlander may be styled with an SUV in mind, but in the inside it has softer touches, which makes us conclude that it’s still basically a car with the look of a truck, at least in some aspects. It has a seating capacity of up to eight persons, depending on the options. With this, it is basically like a minivan. The are bucket seats on the front row, which are divided by a huge tambour-covered console. This is available on all models. In the second row, there’s either a three-person split-bench seat with a recline seating capacity, or a pair of captain’s chairs. Also, the bench seat in the second row is capable of sliding, so it can enhance access to the reclining third-row seat. The third-row seat, by the way, is 4.3 inches wider for greater comfort, although headroom here is lacking. Despite the third-row bench being useful, it still is relatively small. In addition, there’s a large touchscreen included on navigation-equipped models, which is greatly designed because it does not sacrifice the cockpit’s visual clarity. There are big gauges and huge, easy-to-operate climate-control knobs are something to greet you with a positive atmosphere.

Features in the 2016 Toyota Highlander

The base LE Highlander, offered at around $30,000, secures the vehicle for a premium cloth interior, a rearview camera system, Bluetooth, a USB port, and Toyota’s Entune smartphone connectivity. The LE Highlander models also run on 18-inch wheels, and feature split-folding second- and third-row seats. It’s also great news that in 2016, all Highlander models with V6 engine come equipped with the Towing Package allowing up to a 5,000-pound pulling capacity. With this means that a heavy-duty radiator, engine oil cooler, transmission oil cooler, 200-watt fan coupling, and 150-amp alternator are included for better functionalities. There’s also a very handy tray that dominates the dashboard, which enables you to store small items like phones or purses. There’s even a cord pass-through to connect electronics to the audio and power ports below. With the 2016 Toyota Highlander, convenience and comfort are really topmost priorities. It’s amazing how the Highlander can offer all these amazing features for only around $30,000. It’s very reasonable among worldwide consumers with the quality not being sacrificed in all respects. No wonder it has since become a charm among car owners. 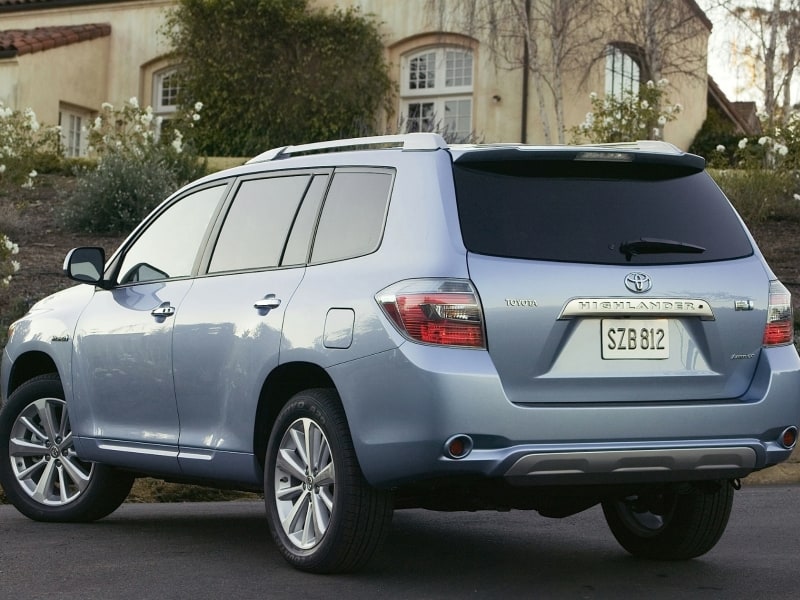 Rear View of the 2016 Toyota Highlander

When it comes to safety features, the 2016 Toyota Highlander does its best to compensate. In total, there are eight airbags and a standard rearview camera. This model and version has also been recognized in terms of its capacity to deliver safety to its owners and passengers. In fact, the IIHS calls it a Top Safety Pick+. In federal testing, it garnered an overall score of five stars. There are other safety options, too, including blind-spot monitors, a lane-departure warning system, and parking sensors. Another improvement in this version is the visibility, which is apparently better compared with the previous ones courtesy of the re-positioned pillars and bigger rear-quarter windows. With all these safety features, the 2016 Toyota Highlander is reasonably considered one of the safest vehicles out there in the market. 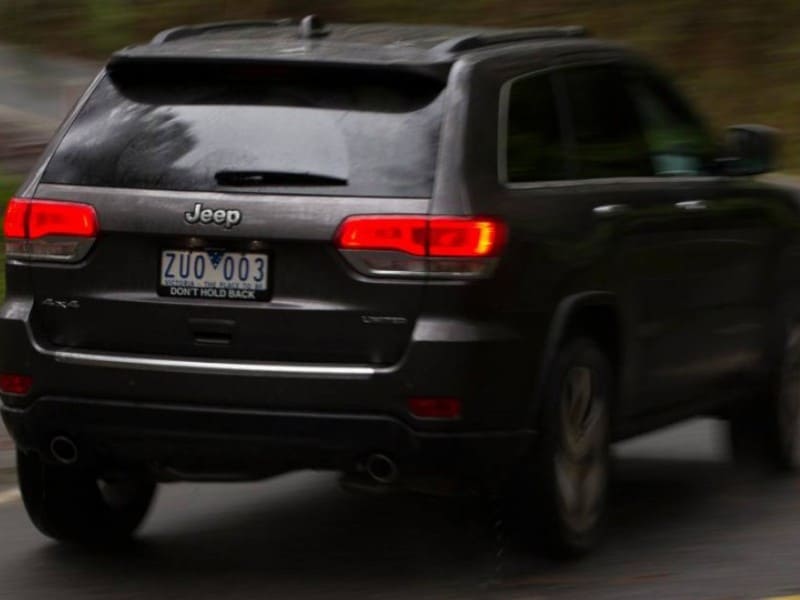 Being reliably sturdy and aesthetically pleasing, the 2016 Toyota Highlander has since gained recognition among car users. With this, competitors from different car companies have posed a challenge, albeit it didn’t stop the Highlander from being widely popular as it continues to undergo significant transformations throughout the years. Innovation is Toyota’s middle name, thus, the company has since become an essential part of the entire automobile industry. The launching of Highlander is one of Toyota’s greatest moments. Still, the competition is tough as there are other vehicles as equally as awesome as the Highlander. Some of its toughest competitors are Nissan Pathfinder Jeep Grand Cherokee, and Chevrolet TrailBlazer. These are also great vehicles for this category, though the Highlander has its charm for those who are into it.