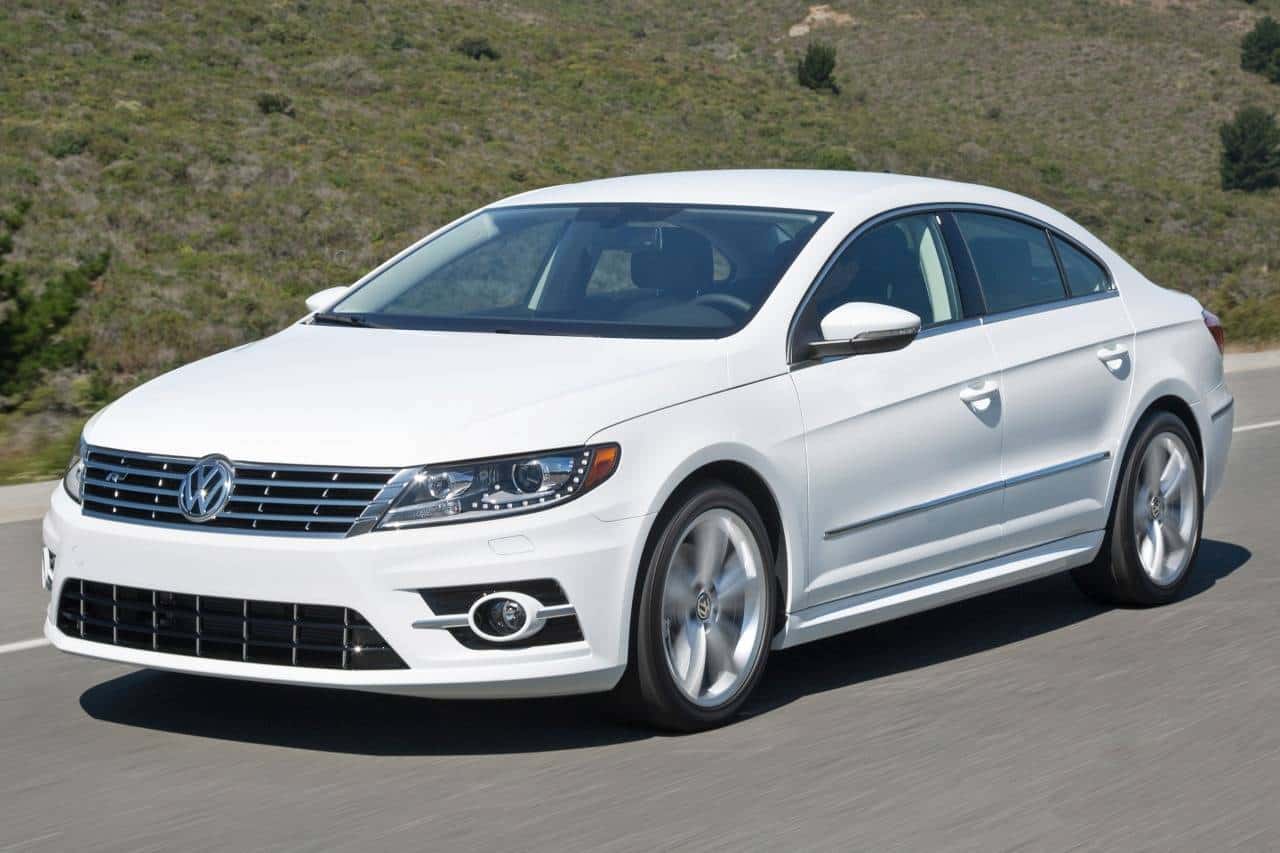 The Volkswagen has frequently targeted the general consumers’ market rather than the driving enthusiasts’ market. But almost every next car from Volkswagen has the performing abilities.

During the North American International Auto show, in 2008, Volkswagen introduced the CC a model of the Volkswagen Passat. The CC was actually the shortened version of the Passat. Later by 2011, CC was formed as an independent entity apart from the Passat series.

The trim line is divided as per the territories. The North American market gets the CC Sport and R-Line Executive. On the other hand, the British market gets CC, CC GT, CC GT Black Edition, CC R-Line and CC R-Line Black. The North American trim levels are differentiated on the basis of exterior and interior designs. While the rest of the world even gets the difference in drivetrains. Well, the MSRP of CC is $34,475.

The Volkswagen CC had a variety of engines for its drivetrains. The market interest was roaming around the TSI engines, which made Volkswagen eliminate the TDI technology. Now there is only one TDI drivetrain left. Further, front – wheel – drive is the only configuration available.

The North American CC has the 2.0 L TSI engine. Previously this powertrain had 208 horses galloping at 210 lb – ft of torque. But last year the engine has been detuned to make 200 hp of power at 207 lb – ft of torque.

The powertrain is mated with a 6 – speed Direct Shirt Gearbox automatic transmission as standard. An optional 6 – speed manual transmission is even offered.

Away from the North American market, we get the remaining engines of the CC’s drivetrains. The 1.4 L TSI engine is offered in the base drivetrain. Here the powertrain makes 160 hp of power at 180 lb – ft of torque. The 1.8 L TSI engine is the next in range. Though it is around 0.4 L bigger than the base engine, but it has been tuned at the same rate.

The diesel drivetrain has the 2.0 L TDI engine with 150 hp @ 250 lb – ft of torque. Well, the TDI is considered to be the fuel efficient powertrain of the CC series.

Well, the Volkswagen CC is not like the ordinary errand runners. We’d certainly call it a family sedan instead of a sports car. Though Volkswagen claims to add a sporty suspension in the car, but we couldn’t feel it that much sporty.

Our tests revealed that CC can launch from 0 – 62 mph within 6.5 seconds and has a top speed of 124 mph. Certainly, these are some common figures that are shared by the boosted family cars.

The CC has almost the similar shape that the Volkswagen Passat has. The front design, the door columns and the rear are pretty much same. The only difference so found is that the trunk is shorter than Passat. In 2016, the Volkswagen CC received some facelift. The headlamp and taillight designs were changed. The cosmetics have Bi-Xenon headlamps, LED taillights and 17 and 18-inch wheels. The base models have the 17-inch 5-spoke Verne alloy wheels. While the upper trims get the 18-inch 5-spoke Montauk alloy wheels.

The Volkswagen CC has a neatly appointed interior. Though it looks pretty dated, but instead of calling it obsolete, we’d prefer to call it classic. The lower trim models have V-Tex leatherette seats, heated seats in front and dual-zone climate control. The upper trim levels get a panoramic sunroof, leather seats and leather interior accent. Well, the luxury and comfort are mainly available in the front row of CC. The rear row is a pretty basic adjustment of the interior. It seems like, the CC has been chopped off from the rear to allocate more space in the front.

The Volkswagen CC gets the 6.3-inch touchscreen infotainment system. It is a common system in almost every car from Volkswagen. And indeed it’s quite responsive and user-friendly system.

The system even has Apple CarPlay and Android. Further, VW App Connect, Bluetooth streaming, SiriusXM Satellite Radio and 8-speakers music system is standard for all the trim levels.

Following the safety standards are essential for every city car. Volkswagen equips all its cars with almost the best safety equipment. There have been very few mishaps in the history of Volkswagen Cars.

Similarly, Volkswagen has filled CC with all essential safety equipment. The passive safety is subtle to protect the passengers. Anti-Lock braking system, Anti-Slip regulation, anti-intrusion side door beams and crash optimized front end are some articles from the passive safety of CC.

The Lincoln MKZ is one of the closest competitors of the Volkswagen CC. Besides the performance, both the cars are pretty much similar. The MKZ is faster, reliable and smoother than CC.

Rest, CC could be a good choice, if you are looking to get something for fun and enjoyment. But don’t forget, that rear seats are congested in CC.