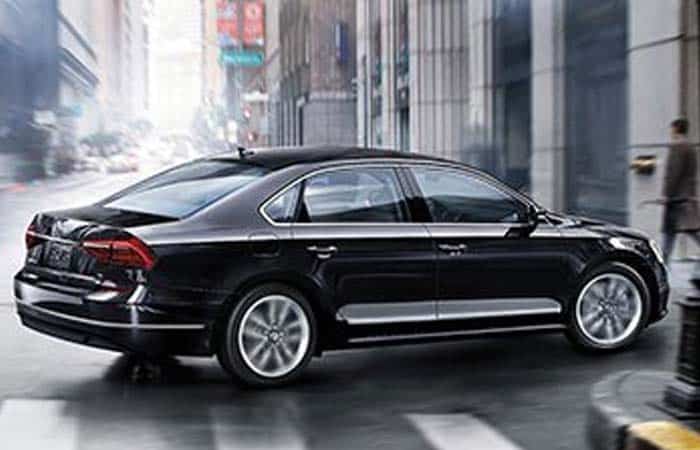 A lot of cars came out in the 70s. A few of them died out early. While there were a few that stayed for long. Well, here we are talking about the Volkswagen Passat. The Passat actually refers to the trade-wind in the German language. And the title is said to be extracted from a nitrate carrier of 1911.

It was 1972 when Volkswagen introduced the Passat. And in the very next year, this car was launched in the market. Not to forget, there was no Passat in the US. But we had was the rebadged version of this car, the Audi Fox. At this time the Passat was one of the most successful and modern cars for the European market. And it forced numerous models to end up.

Later the second, third, fourth, fifth, sixth and seventh generation was introduced. All of them carried various changes. With time the looks of this car were improvised and it became more economy friendly.

The US production variant is titled as the Passat NMS. While the rest of the world gets only Passat. Well, the Passat is available in 6 different models. The S is the base version, with the R-Line the top base model. The SE and the SE with Technology share the mid-level. While the SEL Premium and the SEL V6 are the finest trim levels.

A pretty comprehensive kind of drivetrain is available for the Volkswagen Passat. Every region has its own drivetrain segment. Like the North American, Chinese, Middle-Eastern and Far East Asian regions share the same segment with a mild distinction. Ahead of that the rest of the world gets a different segment.

Well, the North American versions begin with the 2.0 inline 4-cylinder turbocharged engine with 174 horses making 184 lb-ft of torque. This engine has replaced the 1.8 L with the same power specs. The next step in is the 3.6 L V6 engine with 280 horses pounding 258 lb-ft of torque. Specifically, this is the performance variant of this car. Well, this car is good enough to run 0-62 mph within 5.9 seconds. And 135 mph is the fastest this car could do.

The Chinese get the 1.4 L 4-cylinder turbocharged engine as the opener. This is a 128 hp engine with 162 lb-ft of torque. The next one to jump in is even turbocharged. And it is the 158 hp 1.8 L 4-cylinder engine. The 2.0 L version is not even natural and it is capable of making 197 hp of power. While the 3.0 L V6 is the only naturally aspirated engine available for the Chinese models. Well, this variant is just 50 hp powerful than the 2.0 L turbo.

Besides the gasoline, there is a pretty long chain of diesel engines available for this car.  And all of them are turbocharged.

The North American Passat is only available as a sedan. It just carries a basic design that we usually see on the family sedans. Like it has 16 or 19-inch alloy wheels, projector and halogen headlamps, LEDs and the old-school taillight design. In the front, it gets the new Volkswagen grille that could even be seen on Arteon and some other VW vehicles.

Away from the North American market, Passat is also available in station wagon body style. There is nothing much different in the cosmetics. The only change is the rear end and the roof rails.

The interior setting is pretty pleasant in this car. Though the appointment is simple. But the semi-rich ingredients make it feel comfortable. Further, there is ample amount of space in this car. The Passat is practically a family sedan. The front is as usual spacious and maneuverable. While the rear row offers sufficient space for three. Further, there is plenty of space for the cargo. And there are enough convenience spots available in this car.

The Passat gets a neatly configured 6.3-inch touchscreen infotainment system. It has a pretty friendly interface. And gets the availability of Apple CarPlay and Android Auto. Ahead of that the Fender Premium Sound system is also available for this car.

Well, the multimedia features include the SiriusXM radio, Bluetooth streaming, telephony and the music apps. Further, navigation is also available for this car. And amazingly it is configured to respond in almost every region of the world.

See Also: How to Get Tree Sap of Your Car

The Subaru Legacy lies next to the Volkswagen Passat under the category of family sedans. Though legacy is somehow a smart car. But the Passat has earned a lot of fame because of drive quality.

Time to time Passat has earned a decent fame. And one of them is its longest age. Well, if you are looking for a family sedan, the Passat is not a bad choice.