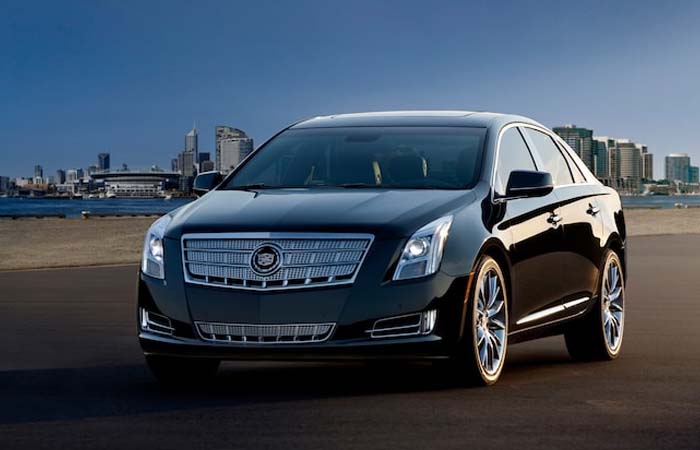 In how many ways a car could be defined? Well, in general, a car remains the same in every way. But in the detailed discussion, every car is different. Since long we have been seeing the new cars from Cadillac and every one of them comes out with improved structure. This time we have the XTS that came out in 2012.

There used to be the full-sized sedan, Cadillac DTS and the mid-sized STS that stayed in the business till 2011. They were certainly occupying an unchanged market impression that was not much beneficial for the Cadillac. Though they are patriots, people need something that could save them the budget on fuel.

The Opel designed the Epsilon-2 platform for the front and all-wheel-drive cars. Initially, it was used on the European cars. But soon after its successful episodes, it was brought into the North American market. And the XTS is the first car to be developed using this platform.

Since its introduction, there have been around 150,000 copies of XTS sold in the US market. Well, it has been a subtle car all around. The present-day XTS is available in 5 models. The standard model is available for as low as $46,395. While the Luxury range begins from $50,395. And the exquisite Platinum edition could be acquired for $65,695. And the V-Sport Premium Luxury edition is available for $72,495.

The Cadillac XTS comes with the 3.6 L V6 naturally aspirated and the twin-turbocharged engine. The base version offers a decent domestic drive ambiance. While the twin-turbo does try to become a sports sedan, but it hardly meets those specs.

Well, the natural V6 gets 304 hp of power with 264 lb-ft of torque. This is the base version available in the North American market. Ahead of that the twin-turbocharged gets an additional 104 horses and 105 lb-ft of torque. Further, both these drivetrains come mated with the 6-speed automatic transmission with manual shifting mode.

As like the rest of the Cadillac fleet, the transmission kills the performance beat. The lagging torque response leaves a huffing XTS in a position to roll 0-62 mph in 5.2 seconds. Well, most of the naturally aspirated V6 can do better than this frame. Along with that, the XTS has 134 mph as the highest track speed.

The Chinese model comes with the 2.0 L inline 4-cylinder turbocharged engine. This drivetrain has certainly a better torque displacement. But it even comes with the similar 6-speed automatic transmission.

Whether you take the XTS or any other car from Cadillac, they would all look similar. Well, the XTS has received some sharp features, like the cornering headlamps and the frail taillights. Further, it gets the 18 and 19-inch wheels over the standard all-season tires. Ahead of that, the cosmetics include the LED lights, a groove aerodynamic detailing and concierge lighting.

Well, the Cadillac XTS does give a magnetic kind of appeal. But the styling does not really make it feel too much royal. Because we usually find Cadillacs with such designs.

The interior setting is pretty pleasant in this car. Though it seems a bit over-scaled, that all looks fine. Well, the interior ingredients include the leather trim and accent, wood trim and door panels, leather-wrapped steering wheel and the gear knobs and the leather seats. The seats are comfortable and get a plenty of convenience options surrounding them. Well, the panoramic sunroof is even a good addition to this car.

Further, the XTS had plenty of space for 4-people. The seating in both the rows is sufficient for a comfortable drive. Ahead of that, the XTS gets 18 cubic feet of cargo space that is quite enough to carry the luggage. Well, you can even run errands using this car.

The XTS gets the Cadillac’s favorite CUE infotainment system. Well, this one is a bit improved system with a better response rate. Further, it gets the option for the Apple CarPlay. Ahead of that, the other features include navigation, wireless charging, and 4G-LTE Wi-Fi. Well, the XTS even gets the option for the Bose sound system with 14-speakers. Along with these all, it comes with the TFT driver’s cluster display with configurable options.

The Cadillac XTS features the same passive safety equipment as the most of the cars. It comes with the sufficient amount of airbags and gets the stretchable belts. Well, the driving assistance column includes a handful of features. Like it gets the automatic braking, the lane keeping an assistant, rain sensing wipers and the forward collision warning system. Further, it gets the parking assistant and the rearview camera. The active safety features include the ABS and the EBD. Ahead of that the XTS features the traction and the stability control for a smooth and safe ride.

Considering the Jaguar XJ would be equal to the Cadillac XTS. It has almost the similar specs but is overpriced. And that is what ranks XTS higher than the XJ. Otherwise, you would not really find much difference in both the cars.

Well, going for the XTS as the mid-level sedan is not a bad choice. The performance is fine and the design is literally much the rest of the Cadillacs. But this option can fill up your junior executive level.