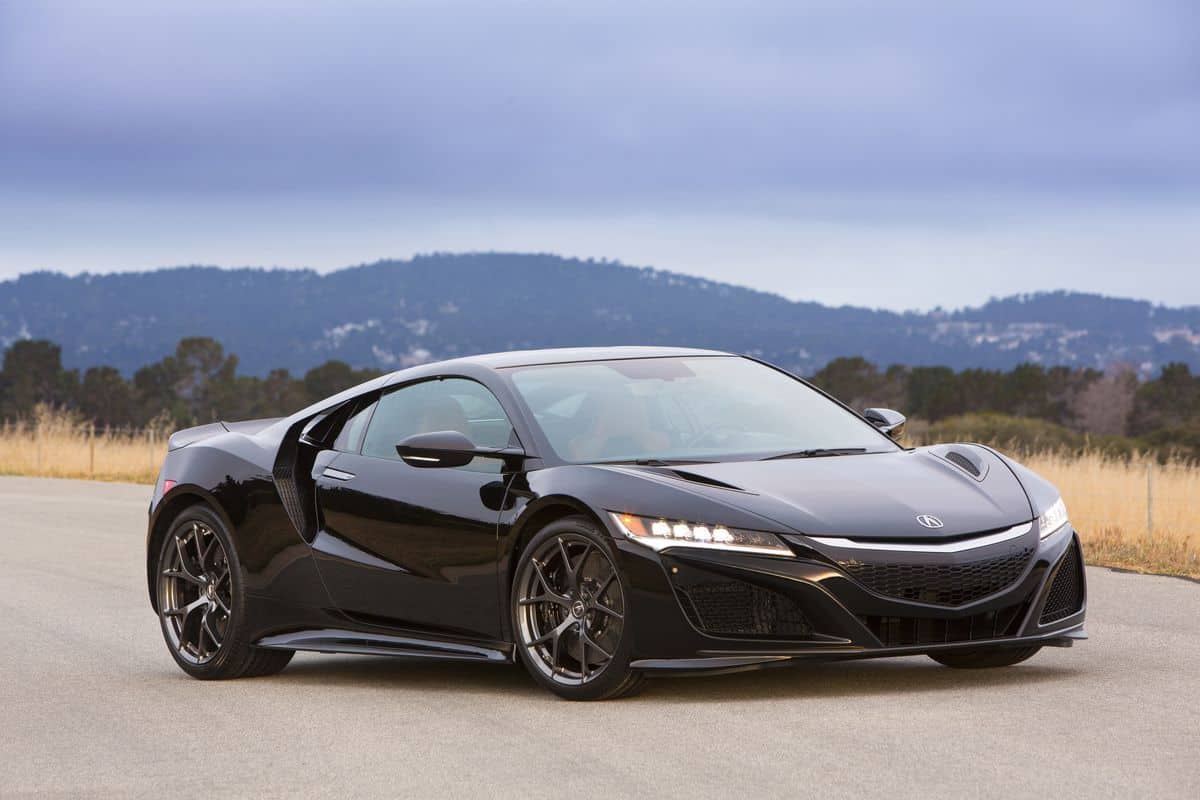 Acura is the franchise of the famous automotive industry Honda. The franchise is specific for its luxury and speedy cars. It has been renowned for a distinctive motor engineering in the North America since the late 80’s. The fame of the series brought it to Hong Kong, Mexico, China, Russia and Kuwait as well.

It was initially introduced in the United States in 1991. The experimental production line started in 1984, for the generation of a version that could challenge Ferrari V8 vehicles at a low price. Thus NSX (formerly NS-X) was launched, titled as “New – Sportscar – eXperimental”.

2016 Acura NSX is succeeding the 1st Generation NSX that ended in 2005. Honda had been working on the 2nd Generation of the NSX series since 2007. The franchise was renamed as ASCC (Advanced Sports Car Concept). Due to the poor economic conditions this plan didn’t reach the market.

By 2010, Honda announced the launch of the successor of NSX as HSV – 010 GT. The car participated in the Japanese SuperGT Championship but never had its way to the streets as it was not pronounced as Street – Legal car. Its production was terminated in 2013.

By 2011, Honda announced again for the delivery of the 2nd Generation of NSX, which was officially quoted in December 2011, having its first demonstration at the North American International Auto Show in 2012. There it exhibited 3 of its models by 2015. The launch date was announced for 2016 and it was out with the title NSX which now meant “New Sports eXperience”. The car’s price begins from $156,000.

As like the other cheesy road stars, Acura NSX also gave a robust speed. The car is amplified with four hybrid modes. It comprises of three motors, one with the direct launch and other two mechanized for spontaneous performances. Certainly, the hybrid technology makes NSX the gentleman of the supercars. However, NSX has mid – levelled engine with all – wheels – drive.

The hybrid drive revealed a Quiet mode of the car, in which NSX can travel at a speed up to 40 MPH, with almost no sound at all. Beside silence mode, the car is equipped with cruise control panel which is electrified for better mileage. Honda targeted the franchise to be launched for the daily usage. The quietness is powered with sports transmission in the next mode. It has been labelled as the Sports Mode. The steering wheel goes stiffer and a bit heavier for the driver. The engineering has been setup in the way that the steer selection cannot be altered by the driver. Whatever has been added for the mode shall follow the same way.

Then is the Sport+, which adds some more transmissions to the acceleration. Speed increases and steer wheel gets softer to go around the bumps.

The maximum is the Turbo or Track Mode which excels sheer powered V6 engine to fire at max. This is the point when the phones come out to picture the supercar running errands in the metropolis.

The present day technology works on the role play of the aerodynamics. Tackling with massive speed, acceleration, drag coefficient and some other siblings of the air friction to rest requires the dynamic working.

Reports reveal that the car has been mainly developed in Ohio, headed by the chief engineer Ted Klaus. More of the work on the car was certainly placed over the research temperaments including the exterior. Reduction of weight, natural acceleration, gripped tires and sound shape was just as right as most of the supercars of the world.

The carbon fibre, titanium, alloy, and Inconel are mainly the components for the design of the car. Though the body is mainly subjected to steel and alloy, but rest of the mechanics and the shaping parts consist of the carbon fibre. The bonnet and the rear hood elucidate the free movement of the air for the car at faster speed, allowing some beneficial acceleration and reduced mileage.

The front bumper makes adequate space for the air pass to bring assistive work into play for the coolants. Besides that, it even rubs out some more acceleration for the boosting process.

Though the car has the Quiet mode for silenced working, but the rear bumper, tail lights, and the Inconel exhaust tip gives an aggressive look to the spectators. One can’t really guess that it has got a Quiet mode within it.

Titanium exhaust system has been utilized to provide better exhaust and light-weight system. The car practices electric – exhausting system, which even reduces more of the weight on the car.

Continental ContiSportContact 5p tires provide good and increased ground clearance for the car, helping it out to snarl at a massive speed of 191 MPH.

Acura has been renowned as the luxurious brand of Honda. To keep the fame higher, the interior has been flamed with real classy looks. The entire interior has been designed with beautiful outlook and enchanting colours. This makes it one of the most wanted luxurious cars of the world.

See Also: The Most Luxurious Car In The World

The leather coated, soft enamelled seats, aluminium structured components are the outfit of this car. The comfort more expands, when the weather controller modulates the atmosphere of the car as per the conditions of the driver.

Steermatics definitely outclass the luxury apart. Some cool eloquent controls, such as for the rear view and dynamic control system provides not only the luxury but authentic control over the performance of the car.

2016 Acura NSX has thin windshield pillars, which provide a panoramic view of the road, comprehending the light for the benefits of visual. NSX engineers feel pretty proud of such an inclusion in the design, bringing up more visual features for the driver.

The infotainment system is as same as the rest of the cars of Honda. It almost goes the same way as it did for the Civic and Fit. Relentless, the car performance is yet shown by the visual system.

NSX has been chiselled up with serious safety patterns. All the supercars are required to provide some more safety than the other classes of the cars. While Acura NSX has to deal with more aspects, as the engineers targeted it to be driven for daily usage.

The Driver Assistive goes to provide on the sensors for the safety of the car such as the corner and backup sensors and Cruise Control management.

The 1st Generation of Acura NSX was designed to challenge the Ferrari V8 vehicles but the 2nd generation has to face a number of competitors like the Audi’s and BMW’s. Even there are a number of hybrids – tech sports cars on the run. The present day Porsche 911 Turbo even rivals our hybrid – Super Car. But the most challenging competitor for Acura NSX is from the same country of the parent company of Acura. None other the less, it’s the Nissan GTR. The Pro racer is definitely a match for Acura NSX and NSX has much to do to get past GTR.

Supercars meant for the tracks, make some sense, but for a supercar to run the kitchen errands doesn’t make any sense. Well for sure, Honda went to make Acura a daily life dosage, still it’s a monster.