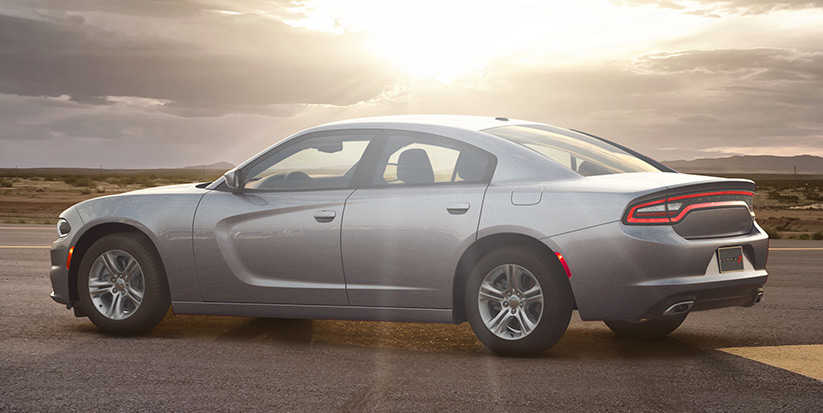 Charger has been designed as a daily usage vehicle. The interior of the car shows an authentic family look. While when getting towards the exterior, it’s yet another muscle. The spectacular model has powerful siblings, but the road test didn’t let Dodge down.

Through a series of harsh and temperate tests, Charger was cleared as yet another powerful beast. It has all that a thrilling family would love to have.

The 3.6 L V6 turbo charged rear wheel drive engine is sporty tuned machine. The mainstream flow definitely tells that it has the racing spirit. The recent test of the car showed some fantastic results. It has properly aligned suspension with a smooth steering wheel. This allows a steady road grip for concentrated driving.

Such specifications are pretty common for the race track vehicles. But Dodge has offered something in an extravaganza.

The reduced mass of the car allows more acceleration and speed. The recent test showed that the car stopped from 173 – 0 feet at 70 – 0 mph. The Goodyear has created an excellent difference in the grip along with modern braking techniques.

The sports suspension provides a good quality sports drive. It is absolutely in accordance to a sports vehicle. Generally, the American vehicles lack the transmission technology and they are pretty heavy over the paddle. But Dodge has spent some more time on improving the shift system. The reward is its smooth gear box, which doesn’t allow a single flick over the road.

Since 2011 a lot of R & D has been done to improve the performance of the car. Some models of the franchise had been sent back to the Quality Assurance department for performance improvement. A thorough study of the road and environment has made this muscle to boost quality power.

No comprise has been done in terms of the exterior of the car. Dodge has maintained a significant history of the muscle car production. With slight modern looks, the 2016 Dodge Charger (seventh generation) gives the same muscular look.

It has been equipped with 20 – inch Goodyear Eagle Tires, which provide good ground clearance. For the sake of cosmetics a spoiler and black accents have been added. Though they do have some physical effect, but more likely they are for the beauty.

Alloy has been used pretty decently in the design. Alloy panels for the skirting of the car are used which help in reducing the mass of the car.

Putting heavier things in a car doesn’t make it a sports car. Things are to be aligned properly to match up the speed with acceleration. This is where Dodge Charger takes the credit. From front to back, the whole car has stiff engineering for performance. And this is what the exterior narrates.

The looks of the car have impressed the police department in the states as well. A dozen of Dodge Charger 3.6 L has been acquired by the cops for high-speed pursuit.

Family sedans are thought to have huge seating capacity. This is what makes Dodge Charger more attractive. It has the seating capacity of 5 passengers. Beside that the interior is enough huge to rotate the child seat forth and back.

Most of the speedy vehicles don’t offer much space in the trunk. But Charger has sufficient space to place all of the picnic equipment.

The front seats of the car are pretty comfortable. They are pre – heated with ventilated power fronts and a bucket-shapedped. All the seats in the car are leather covered with elegant design and exotic colors. A few of the cars have this specialty that the steering wheel is even heated. but the Dodge Challenger has this credit for providing comfortable steering wheel.

Charger is equipped with the car control system. It provides all the information about the external and internal structure of the car. The system even holds the performance chart. This chart tells about any defect caused in the car, such as low air pressure in tires.

Well the UConnect system is not just the standard music player. It’s a complete car manual with active sensors. These sensors increase and reduce the volume of sound played depending over the speed of the car. Furthermore you can connect internet using UConnect 5.0.

Being a domestic customer a number of safety tests were to be cleared by Charger. But thanks to the fed that they equipped her with increased safety equipment. Beside the standard air bags for the front passengers, they have also been added into the doors of the car.

Moreover it has all speed traction control. The safety of the car is further enhanced with ABA (Advance Brake Assist) which helps the driver to know that an object is approaching and braking is required.

Remaining in a sporty sedan competition is not that hard, but you still find competitors. Similarly our Dodge Challenger has Toyota Avalon in the competition. Avalon has 268 horses that run over a 3.5 L V6 engine. It is pretty similar in features but it has a total different appearance.

The features offered by Dodge Charger are pretty elucidative to make it an expensive sedan. But its price, is worth less than the specifications. It could be an ideal choice for a family looking for adventure and comfort.