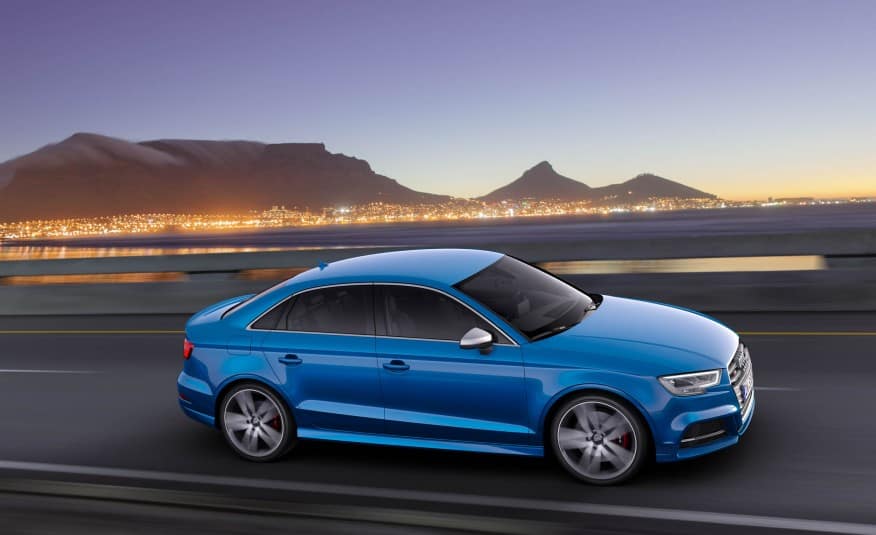 Audi A3 is another dimension of the cars’ creation that offers luxury, speed, and the economy at a time. This urban motor vehicle is shorter in size than the regular luxury cars. However, it is powerful than some hatchback sports cars and pretty economical when it comes to price. The best-quoted price of the car begins at $30,900.

Audi AG has a tactical signature in designing and engineering cars. Since the beginning of the 20th Century Audi has been in the industry of cars. This German company had to revolt around a number of customs and dealers throughout its life. Presently it is owned by Volkswagen Group, having equity of almost $4.5 billion.

The aftermath of the World War – II left the company in shambles, which was allied with other companies of the industry. The automobile industry became the major target for bombings as they were spied to be busy in designing and creating military vehicles (tanks and APCs etc.) This led to an unsteady base to the company and it had to release the shares.

Well, being a course of luxury, today Audi’s luxury vehicles are among the world’s highly sold cars and here’s Audi A3, lying among them.

Germans have emphasized a lot over the steer controls of the car. It has the smooth steering technology, giving the finest cuts over jam-packed roads and congested streets. Generally, Audi enables its cars to be Quattro (all – wheel – drive), which provides the best of the road grip. In the same way, our Audi A3 is a Semi – Quattro, allowing the all – wheel – drive in certain circumstances.

Moreover, the both engines available for the A3, the 1.8 L and 2.0 L, are TFSI (Turbocharged Fuel Stratified Injection), which provides a marvelous efficiency of fuel and so is the A3 proving. But apart from the fuel efficiency, it has the power to show some good speed and excellent acceleration. The moment it is given the higher transmission, it takes the road as a race track and travels with immensely increasing acceleration, giving a powerful boost to the driver.

The track run of the car showed the top speed of 130 mph, which is a pretty decent speed for the highways and four-lane roads in the city.

A3 is an ultra-lightweight vehicle, employing the use of titanium, Inconel, and an alloy which reduces much of the mass of the car and giving more space to the acceleration and speed.

The sedan version gives a compact shape. It definitely has 4 doors, but comparatively, it looks smaller. Though this semi – luxury vehicle has been designed for urban passengers, having a family and kids to ride.

Besides the rest of vehicles on the road, some specifications of the car make it tremendous. The DRL (Daytime Running Lamp) definitely gives a spectacular look. It seems like the beautiful pair of eyes of a baby.

Though the tremendous powertrain and the drive feel of the car doesn’t put its shape in shambles. The outlook of A3 is perfect for smarter acceleration and fast speed, giving optimum satisfaction to the driver. Still, it has not much space to offer.

It has a pretty classic interior. Comparing it to its sibling models or putting it into the competition of other manufacturers, then A3 has comparatively smaller inlay design, but still 5 people can fit in easily.

Well, the leather seats are preheated and cozy, with some enchanting color of the fabric on it. The dashboard even carries some attraction with its marvelously chosen abstract and splendid art or color.

Audi Drive Select is a distinctive feature among the semi – luxury and semi – sports cars. It enables the driver to shift the steer, throttle, and transmission according to the conditions of the driving surface. A3 has 4 Drive Select features which include:

A3 is equipped with the latest Adaptive Cruise Control System. Not to mention, there are very few companies in the world offering such a distinctive and usable feature in the car. A3 doesn’t keep on moving blindly over the cruise control. It has artificial intelligence, enabled with radar sensors, providing the car with the ability to stop, move and slow down, which is pretty beneficial when in traffic. Well, the infotainment system is not just confined to the traditional music player stuff. It has the internet, Wi-Fi and hotspot ability for up to 8 devices in it and is capable of supporting the 4G LTE technology.

Audi A3 is equipped with “Audi Side Assist”, which alarms the driver when a vehicle is getting closer within the area that is not visible over the mirrors. It uses the radar sensor, installed in the rear bumper of the car. Inactive blindness causes accidents, but thanks to Audi that has enabled A3 with Active Lane Assistance System. This keeps the car on the track and doesn’t allow it to go off the lane or road.

Certainly it should be remarked as the safest and secure car on the planet, having a number of air bags for the driver and front passenger, then the head curtain airbag, occupant detection airbag for the front passenger, power locking with safety unlocking if the air bag has been launched, parental locking facility and much more. Apart from that, it carries the anti – theft alarm system even with an immobilizer.

To outset a vehicle with decent acceleration and speed with the luxurious outfit at an economical price is quite difficult. Still, there are a number of competitors for our Audi A3. Mercedes Benz CLA Class, preferably a same semi – luxury sports car has something in the comparative price to offer. Certainly, it looks bigger in size than the A3, but both of the German made are the perfect competitors to each other with respect to performance, speed and driver satisfaction.

If you are looking to upgrade to a sports car, or you are looking to downsize your budget to an economical luxury then Audi A3 would be a good choice. Though, it could be a reasonable choice for those who aren’t looking for the stationers or the hatchbacks.

On the other hand, you may also check out our 2018 review on Audi A3 Sportback E-tron.