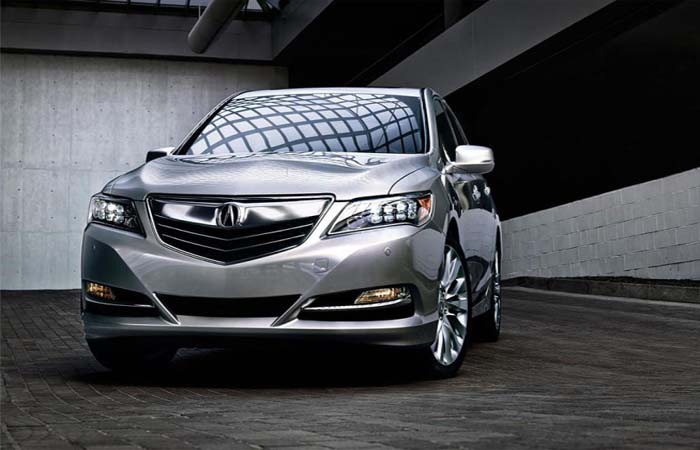 Acura calls the RLX a Premium Sedan. Well let’s see, how much premium is it.

The RLX is counted among the mid-sized, luxury sedans. It was 2013 when Acura introduced the RLX for the first time. Actually, it was launched to replace the Acura RL. The RL was even the similar type of sedan that stayed in production for 12 years.

Under such circumstances, it was necessary to introduce something that could match the competition. Precisely, something bigger, luxurious and powerful. Consequently in 2012 Acura displayed the RLX concept, with a bigger size and powerful drivetrain. Though the response was just neutral, RLX was the only solution at that time.

During the Los Angeles Auto Show 2013, the production version of the RLX was showed. And in the same year, this car was launched for the commercial market, as the model for the year 2014.

Well, the RLX is available in two different models. The base model is called the Technology Package. It is equipped with only those things that are available within $54,450. The next is the Advance Package, and indeed it comes with more specs than the tech pack, in $60,450. And finally, you can attain the add-on Sports Hybrid package, with nothing other than the hybrid drivetrain. Well, if you get this add-on, you will have to pay $5,500 more. This is just to get a hybrid powertrain.

After, this all, do you really feel that RLX is a Premium Sedan? Well, let’s explore this car and observe that how premium is it.

The RLX is available in two different powertrains. Well, both of the powertrains share the same 3.5 L V6 engine but have different characteristics.

The standard is the RLX with gasoline drivetrain. It offers 310 hp of power with 272 lb – ft of torque. It comes with a 6-speed automatic transmission.

The feeling was like we were sitting in a 4-cylinder car rather than a V6 sports machine. The power flow was fine, but the thrust was weak. And it took 5.8 seconds to lap 0 – 62 mph. With this performance schedule, we barely touched 133 mph. Further, the fuel consumption is pretty fine in this car. It makes 30 mpg on the highway. And it delivers 23 mpg as combined fuel average. Well, this all credit goes to the Variable Cylinder Management system.

The gearing is fine. But we missed the manual transmission. Well, we blame this automatic transmission for a weaker thrust in this car. And for sure, that was the shift lag that wasted some useful torque.

Well, the other powertrain available in RLX is the Hybrid tech. It even comes with the Variable Cylinder Management system. Further, it employs a decent battery. It has 1.3 kWh lithium ion battery with 72 cells. And Acura has enabled RLX to ride totally on electricity, keeping fuel as spare. It can go up to 58 miles in total electric mode.

This powertrain offers 377 hp of power with 341 lb – ft of torque. Further, it has the 7-speed dual clutch automatic transmission available. And the rear wheels are powered by electric motors. While, this a front – wheel – drive car. With this configuration, the RLX Hybrid is an all – wheels – drive car, having torque vectoring enabled.

Ultra luxury vehicles are becoming common nowadays. Beauty is one of the major concepts in the automobile market. These babies are supposed to wear charming dresses and unique cosmetic to become the apple of an eye.

And in all that, you cannot miss out the concept of aerodynamics. Well, the Acura RLX scored 65% in the exterior design. We parked it outside a hillside restaurant and asked every passerby that how much did they like the exterior of this car. Some said it is an old school. Some guys really appreciated the design of this car. While some did not ponder to look at it.

Acura tried to revamp the exterior design of this car. But still, there is too much missing. Especially the glare that attracts the spectators at the first sight is still missing in this car. It looks like an ordinary urban family sedan. And this is where it loses it is worth being a luxury car.

Well, it would not be wrong to say that RLX is an artifact indeed.

The interior has plenty of leather on it. Seats and accent have leather trims. And nevertheless, the seats are pretty comfortable. Even, the space in the car is pretty good.

Well, you would complain about the cargo space in this car. The trunk does not offer much space to put things in. And the hybrid steals some more space from the trunk for the batteries and the motors.

But this not just all bring up the comfort level of a car. Especially when it is termed as a luxury contender, it needs to have something more. And we missed that all in this car.

The competitors offer something good in the entertainment. Even the odor in the car is certainly different than the ordinary cars. But RLX has the odor of the standard urban sedans. Besides leather, wood, Nappa, Alcantara and carbon trims are even the good ingredients for the interior design. But RLX is based heavily on leather.

Acura has installed a useful infotainment system in RLX. The touch screen is fine, but it is not that much enchanting that we usually get in its competitors. Well, that is one another Honda.

Besides, it has voice Recognition system for navigation, climate, and audio. Head-up display is pretty useful inclusion in this car. The Technology Package comes with the standard Acura audio system. While the Advance Package has the Krell audio system. Both of these have 14 speakers each.

Telephony, radio, SiriusXM Satellite Radio, and navigation are some standard features for this car.

You may not get impressed with the performance of this car. Or you may even be distracted by its interior design. But its safety can certainly attract you a lot. It earned 5-stars in its safety check. And it is one of the safest cars on the planet now.

The Acura RLX has plenty of passive safety packages included for the occupant. You would not feel unsafe while driving this car. And even the active safety packages are really dynamic to help you drive safely. Like the adaptive cruise control makes you score perfectly on the road.

Finding a competitor for such a car is like a walk in the park. You do not have to dig in much to search the perfect competition.

Well, the Infiniti Q70, the luxury chapter from Nissan, is the competitor of the Acura RLX. Well, both of them are made for the North American market. The Q70 is a pretty much same performer as RLX. But it is more comfortable inside than Acura. And this is how it leads the competition.

If you are looking for something safe to drive, then RLX would be a good choice. But if you need performance, comfortable interior, and beautiful exterior, then you may leave RLX apart.