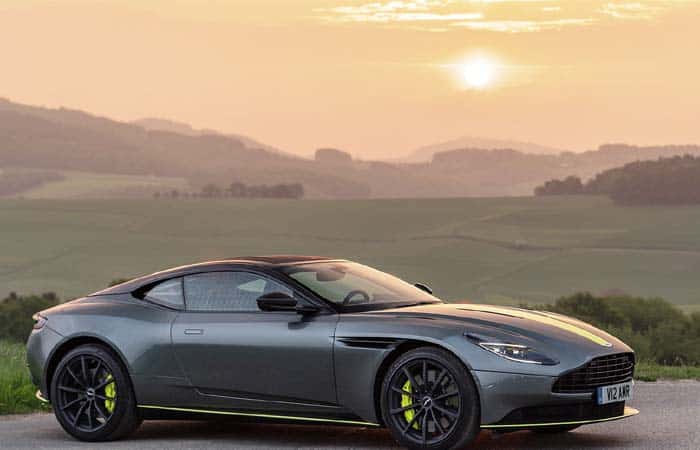 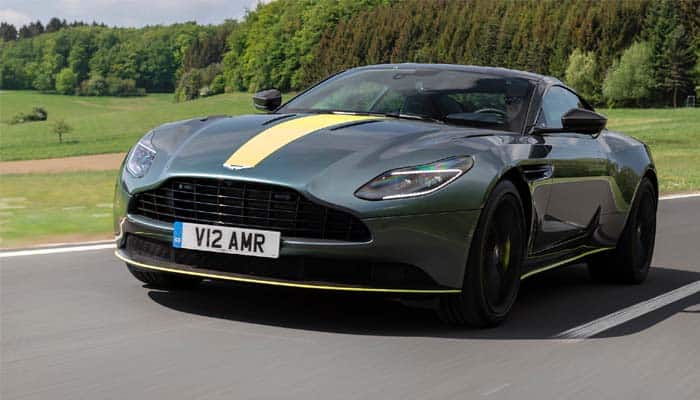 The DB11 originally came out with a V12 engine. But later it got an edition with the V8. Surprisingly the V8 received more attention than the V12. And this certainly forced Aston Martin to once again jump into the research and development for a V12 variant powerful enough to stay ahead of the V8.

Well, following this lead, the actual DB11 was discontinued in some major markets, and the DB11 AMR was launched as its direct replacement. While this all happened in the summer of 2018, just after one and a half year of the introduction of the DB11.

What could be the word of worry, when the DB11 AMR is sufficiently covering its cost? The DB11 AMR would cost you as low as $241,000. And this is $26,000 more than the original DB11. Well, the performance lovers, specifically the V12 lovers would never hesitate paying that price for a car. And significantly if it is crafted so neatly, why would anyone stand back?

Though it is not a dream car at all, it has indeed a fine passion and a very nice contribution from the Aston Martin. And a lot of folks would long to buy one. Now, let’s move ahead and explore the abilities of the Aston Martin DB11 AMR!

What could worry an automaker more when it’s cheap and getting more attention than its exclusive production? Well to get rid of this situation, Aston Martin improved the DB11’s 5.2 L twin-turbocharged V12 engine to produce more power. The subsequent improvement added 30 more horses to the power output. While the ideal torque is equally the same, sitting at 516 lb-ft.

Well, not just the engine, the whole powertrain received some decent improvement to make the DB11 AMR join the top streak. Besides the engine, the next major improvement is made in the transmission system. It is the same 8-speed automatic with the manual shift mode. But it responds faster than the one installed in DB11. Well, with all these improvements, the DB11 AMR accelerates 0.3 seconds faster than the actual DB11. While it has been recorded to score 8 mph more than the standard variant.

Ahead of that, the rear suspension has been tightened up, making it stiff and firm. Along with that, the exhaust system has been revamped to aggressive emission. And you can feel all the aggression while driving the DB11 AMR in the Sport and Sport+ mode.

The overall handling mechanism is similar to what is that in DB11. But you can experience smoothness and firm response from the DB11 AMR.

While with all these enhancements, the DB11 AMR surely becomes the sweetheart for the Aston Martin. And evenly it attains some nice position among its competitors. But it is even quite noisy which is indeed one of the prominent catches of this car.

The exterior styling does not appear to be different than the outgoing model. But it weighs slightly more. It is around 70 lbs heavier than the actual DB11. While the 20-inch alloy wheels are the only lightest element found on the Aston Martin DB11 AMR. Further, the refreshers include dark grille, headlamp frame and smoky taillights. Ahead of that, the sills, splitters and the strakes come standard in black.

Rest the DB11 AMR is available with a Signature Edition exterior styling package that could add up to $30,000 to your bill. And with that package, you get a green shade with the lime accent.

Same is the case with interior designing. There is not too much new here. Instead, it has the same cabin as that in the original DB11. And it offers the same 10 cubic feet of space for the cargo. Additionally, the Signature Edition package adds the lime strips on the center of the seat, carbon fiber trim, and chrome switches. Well, Aston Martin has kept the sporty spirit of this car alive.

The 400-watt audio system comes standard. While a 700-watt Dolby Surround sound system is optionally available. And a 1000-watt Bang & Olufsen is also available for this car.

What would you need to be safe in a car? Airbags and the seatbelts? Well, the Aston Martin DB11 AMR does have that. Additionally, it features cruise control, speed limiter, and the tire pressure monitoring system. Further, it gets the option for the ISOFIX and the parking assistant. Besides, some mechanical safety specs include the antilock braking system, vehicle traction, and stability control system. In a way, the DB11 AMR is a pretty safe car to drive.

And not just that, the noisy DB11 AMR can make most of its buyers go for the Continental GT W12.