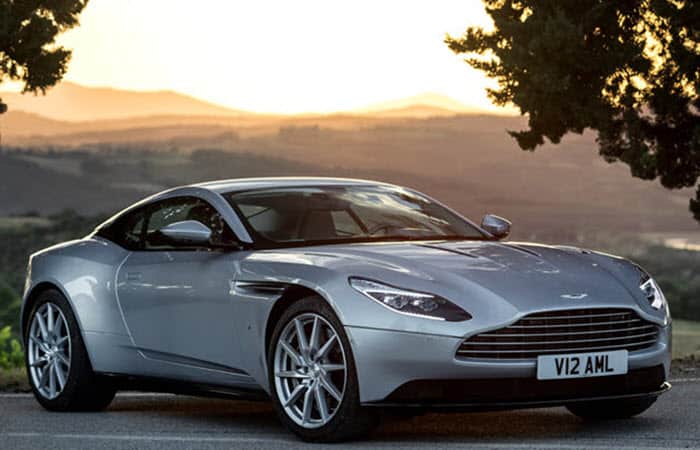 Some cars are a class apart. They are filled with passion and pleasure. After sitting in such a beautiful car, you will wish to stay in it for always. This is what the Aston Martin DB11 is.

The DB11 replaced the DB9. It was introduced during the Geneva Motor Show 2016. The DB9 remained in production for 12 years. During these 12 significant years, the DB9 was available in various trim levels. While most of them were customer-oriented designs. Along with that, this car was even franchised by the Need for Speed: Most Wanted™.

The production of DB9 was discontinued when Daimler AG banded with Aston Martin. The DB11 is the first car to be introduced after that mashup. And it is the second of the revival plan of Aston Martin. The company introduced the Second Century Plan to revive its market appearance against the Ferrari and Bentley.

The DB11 carries a smaller engine than DB9. But it features the twin turbo technology. Along with that, it is even the first car from Aston Martin that has a twin turbocharged engine. Further, the present day version of DB11 is available only as the coupe. While a convertible is expected in 2018.

The Aston Martin DB11 has been carefully crafted. The performance of this car has been inspected deeply by the CEO of Aston Martin. This has ensured the production of flawless DB11. Well, the DB11 replaces the naturally aspirated V12 of DB9. It gets the 5.2 L twin-turbocharged V12 engine. It is way powerful than its predecessor.

The DB11 has 600 horses galloping at 516 lb – ft of torque. Further, it gets the 8 – speed automatic gearbox. And no manual transmission is available for this car. Well, we have no complaints with the automatic transmission. It is sweet, sits fine and the smart gearing ratios.

Well, next we get the handling. Like the performance, the handling of the DB11 is even quite adorable. It has a swift steering and quick braking capability. It glides smoothly in the city. And evenly takes every turn on the highway confidently.

A V8 DB11 is expected to be launched imminently. Though the V12 is doing a wonderful job. But the V8 would target the 8-cylinder competitors of DB11. Well not to forget, James Bond even drives the Aston Martin DB11.

The present day design of DB11 was first introduced in the DB7. Then it was followed to the DB9 with a number of improvements. And now it is carried down to the DB11.

The DB11 features more aerodynamics than its predecessor. Along with that, it weighs less. And this lightweight diva has helped the performance a lot. The front grille is almost the same. Instead of the steady halogen lamps, we meet the LEDs. Further, you get the bold looking allow wheels which are similar to those of DB9.

The twin-turbo V12 cannot rely on a single note of exhaust tip. It requires additional aid to keep cool. Certainly, the sides feature the fender vents to help the engine exhaust.

Since DB7, Aston Martin has invested handsomely in the interior. The leather is the major interior article. Along with that, the carbon fiber engraves the beauty of this car. The sports seats are standard. And the contrast stitching with contrast color is their destiny.

Indeed, this diva is designed to be used as a regular car, along with the grand tourer.

A number of grand tourers we have reviewed in the present year. And almost all of them had no amazing technical feature. Even none of them feature a useful driving assistant. And this is where they lost their position.

But thanks to Aston Martin for equipping DB11 with all necessary features. It has a smart 8-inch touchscreen infotainment system. Well, it is an infotainment system rather than a driving assistant. Then we get the 12-inch driver cluster display. It is beautiful and displays everything you need.

What do you need to make a car safe? Airbags, ABS, dynamic stability control or the adaptive cruise control? The Aston Martin DB11 has everything that is required for a safe journey. You get the maximum number of airbags. You have the anti-lock braking system. Along with that, you can stabilize your ride. And the adaptive cruise control is an intuitive package of safety.

The grand tourers are extinct. You find too many GT and grand touring labeled cars. But actually, none of them is a GT. The competition among the actual GTs is quite limited. Well, the Aston Martin DB11 gets a competitor from Italy. It is the amazing Ferrari California T. Well, after driving DB11, we analyzed that California T is more luxurious. And hence it sits higher than DB11.

Well, the DB11 is a classic choice in the grand touring industry. It has everything that a grand tourer should have. And it is even the cheapest in its class. Indeed, it is a nice car.