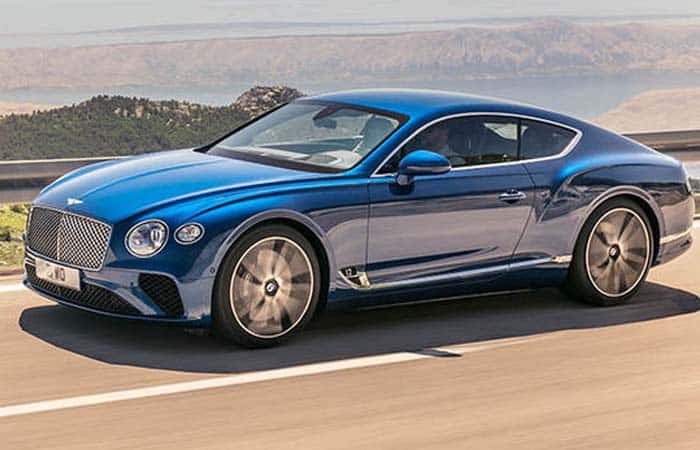 This Continental was a bit different than the conventional Bentley cars. They were certainly built-on-demand for the elite class and noble family members. But this time, the mass production was the major target. Well, the first generation went on for quite long and a number of variants were launched under its badge. The notable among them is the Flying Spur. And in 2011, the first generation reached its end.

Then was the second generation that went on for 7 more years. It got some economic improvements. Along with the giant W12 engine, it got the V8-twin turbo option as well. That was fine enough for the competition. Well, this generation was even introduced into too many variations, based on performance and design. And finally, in 2017, the end of this generation was announced.

The third generation just came out of the box recently. She was initially displayed in Frankfurt where it attracted a massive crowd of spectators. Well, it was expected that this generation would carry a hybrid drivetrain. But Bentley did not introduce it. Instead, it introduced a unique exterior design. The V8 has been excluded, and Continental GT has reached back to its actual shape.

Well, the Continental GT is certainly affordable in its competition. She is priced at $201,300. With the options and amenities, the price might top 210k. Now let’s go ahead and see how cool the Bentley Continental GT is.

The third generation Continental GT has revived the Bentley powering spirit. The V8 has been removed from the drivetrain category and only the W12 monster is available.

Well, this is a 6.0 L twin-turbo W12 engine with 626 hp of power at 664 lb-ft of torque. That is certainly enough for the grand touring. But considering it as a sports car would need much of the weight to go off. Well, this system is mated with the 8-speed dual clutch automatic ZF transmission. The torque vectoring is subtle with minimal shifting time.

This is the similar technology that was used in the second generation. But the tuning setup has been increased. Continental GT was even a twin-turbocharged car. But the mechanism was mainly underpowered.

Well, the present development has increased the overall power of the system. And even we felt a lot of power rolling under our feet. But the feel of a sporting culture was still not there. Indeed, she is a luxury, meant for the pleasure rides.

Further, we tested the Continental GT for the lap and run. She lapped 3.9 seconds from 0-62 mph and was capable to touch 188 mph. Ahead of that, the steering abilities are awesome. After jumping from the V8 to W12, you do feel some stiffness. But still, Continental GT manages to maneuver smartly.

The Bentley Continental GT features the cylinder deactivation. This is certainly the first ever Bentley to feature this kind of tech. Well, the system deactivates 6 cylinders over low speeds and lower revs to save some fuel and power. And certainly, it has been really economical.

The Continental GT comes with the Bentley signature grille and an aggressive mature look. It is a fastback coupe having a rear design different from the standard Bentley cars. The LED headlamps, LED taillights and 21-inch alloy wheels are standard for this car. The wheels are available in five tri-spoke as standard and ten spoke designs optionally. Well, the Bentley Continental GT is available in 17 different colors.

Besides the basic configuration, there are plenty of options available to enhance the beauty of this car. Such as the wheels could be grown to 22-inches, the touring specifications could be added and the lighting could opt.

A pretty cultural interior design could be found in the Bentley Continental GT. This hand-built interior gets the wood panels, leather accents, and luxury seats. The interior design is bold enough to define its beauty. And it is not an old-school kind of setup. The Continental GT is the 21st Century luxury car with lots of lights glowing inside.

Well, there are too many options available for the interior beautification like the option for seat designs and color adjustment.

You can either get the 12.3-inch touchscreen infotainment system or three analog gauges. Well, if you go for the infotainment system, you get multimedia options, navigation, performance tabs, telephony and mobile phone connectivity. And if you choose the analog gauges, you get a compass, timer and the thermometer. Besides, the center console, the Continental GT even gets the TFT driver’s cluster display. It shows the navigation, performance and some multimedia options. Further, the sound systems are really awesome. You can choose from Naim and Bang & Olufsen. Along with that, the option for digital TV tuner is also available.

The Continental GT gets sufficient amount of occupant safety equipment. While for the driving assistance it gets the adaptive cruise control, rotating display, the anti-lock brakes, traction, and stability control and the brake force distribution system. Well, these are certainly the general features available for this car. While rest of the safety depends on the driver.

The Bentley Continental GT has more appealing as compared to what it was before. And it might attract a lot of folks this time.