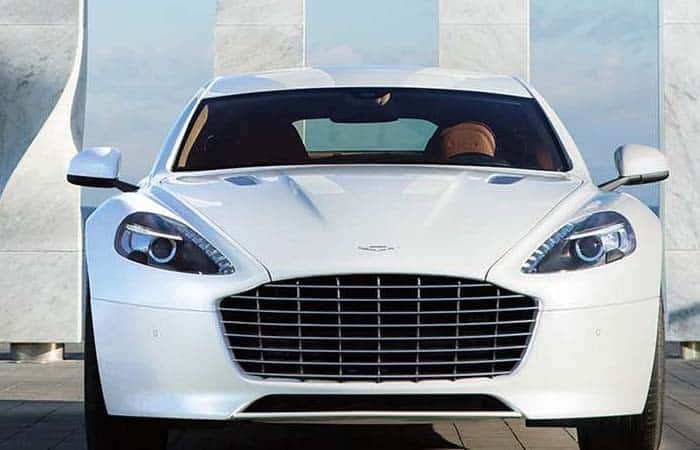 A few years back, the Aston Martin introduced the Rapide as a high-speed sedan. It is a regeneration model of the Lagonda franchise, which has been a sedan market shareholder owned by Aston Martin. Well, after some uncertain intervals the company introduces a version created under the moniker of Lagonda but marketed as the Aston Martin.

The Rapide received an upgraded variant by 2013. It actually appeared as a successor of the actual Rapide series. But it is performing under the same nomenclature. It is the Rapide S, which got into the market by 2014. And in the very next year, it received its first major revision. Well, before it stepped into the markets, it appeared in the 24 Hours Nurburgring motorsports event. While it became the second best car of the event and the first ever to feature hydrogen fuel drivetrain.

The Aston Martin Rapide S, if a handsomely crafted expensive sedan that could surely earn space in the garage of a millionaire. Indeed that is not something that you would see on the roads quite often. As the base price of this sedan is as low as $192,282. That is far more than hundreds of other high-performance sedans in the market. Even the standard luxury sedan would cost lower than this Bella. While it appears as an honor for all those owners having this beauty parked in their porch.

Well, now it’s time to move ahead and see what the Aston Martine Rapide S is capable of.

The Aston Martin’s gigantic V12 engine is the main component of the Rapide S. It is the same mechanism that has been utilized in the standard Rapide model. While here in the Rapide S, this drivetrain offers a splendid increased power ratio.

This 5.9 L naturally aspirated V12 machine produces 550 to 565 hp of power. Well, that is just a single machine with a regular tune, but reliable rounds per minute. And that is how it could jump from the base 550 hp to the top notch of 565 hp delivery. While the torque is rated amid 457 lb-ft.

Well, when it comes to the performance, this V12 sedan is capable of showing some remarkable figures. But they are not comparable to a number of its competitors. The 0-62 mph launch has been recorded within 4.7 seconds. While the top speed has been claimed to reach 190 mph.

There are very few sedans ever created by Aston Martin. And the Rapide S is among those few lucky members crafted so far. Well, the designing is absolutely stunning. Instead of appearing as a composite luxury limousine, the Rapide S is shaped like a sporty sedan. The curvy hood and the crossover rear offers remarkable aerodynamic stunt to this car. Further, the cosmetics include the large Aston Martin grille, 20-inch alloy wheels, plenty of colorful designs and a lightweight aluminum structure. Indeed this is not a monster that terms up to have muscular power. Instead, it is a tamed beast with sexy appearance.

Just like the amazing exterior design, the interior is even filled with a lot of joy. There is plenty of luxury available in this car. And it is certainly an overdosed luxury sedan. Everything inside is customizable. You can choose from the comfortable ergonomic seats to the harsh sporty seats available in different colors and designs. Further, there are options available for quilting as well as contrast stitching. But there are some complains available with the driving posture as it barely sits as a friendly location for the driver. And the rear headroom is a bit congested, because of its crossover fall.

The Rapide S comes with the 6.5-inch touchscreen AMI III infotainment system. This is yet another multimedia display screen with some enchanting options. Such as navigation, Bluetooth streaming, text messages and smartphone connectivity. Further, the Apple CarPlay is yet not available for this car. And do not even think about the Android Auto. Ahead of that, the Bang and Olufsen 1000-watt audio system remains optional. Along with that, the B&O black speaker covers are even optionally available. While you can even get the entertainment screens for the rear row passengers available with the six-disc DVD player, wireless headphones and remote controller.

The passive safety includes the dual-stage airbags, head protection airbags, and flexible seatbelts. The active safety column comes equipped with the anti-lock braking system, cruise control, parking sensors, and the tire pressure monitoring system. Further, the security features include the immobilizer and alarm system. While the tracking device is even added, but that is only available for the UK.

See Also: Why is My Car Aircon Not Cold

The Mercedes introduced the Maybach S650 to challenge the Bentley and the Rolls-Royce. But who knew that the Aston Martin Rapide S would come across the Mercedes-Maybach S650. Well, the Rapide S is not much close enough to the S650. But still, it gets some decent match.

The Rapide S is a fine performance sedan that would surely endure your driving skills. But it does not lie under the executive sedans class.