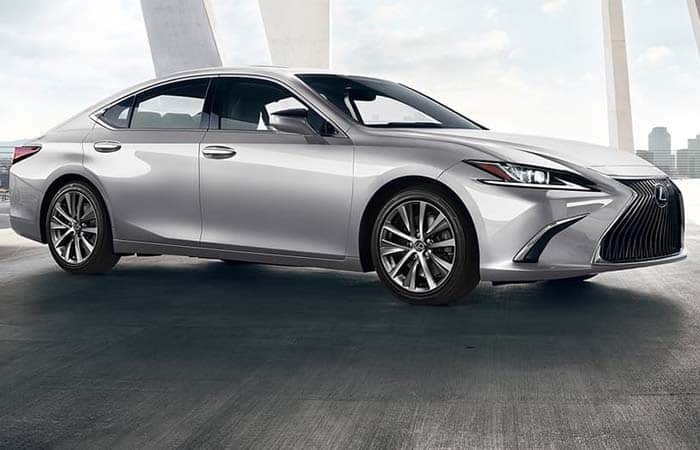 The Lexus ES is among the oldest cars from the company. It was the first series ever that Lexus had introduced in its product line-up. Since 1989 the ES has been marketed for the executive class riders. Significantly the “ES” is an acronym of the “Executive Sedan”. While some folks called it the “Elegant Sedan”.

Well, the ES was never shy to the Toyota Camry. Instead, it borrowed everything from Camry mitigating from the powertrain to the interior setup. While the interior setting was made a bit classy in the ES to make it a luxury sedan. Well, this happened till the end of the fifth generation ES. And soon after that Toyota made Lexus follow Avalon for the sixth generation ES.

Well, recently the ES has stepped into its seventh generation that has been introduced as the model for the year 2019. The trim levels have not changed much. And even the powertrains are pretty much similar to the previous generation. Indeed it is even an Avalon based ES with facelifted exterior and slightly improved interior.

Ahead of that, there is seven trim level available for this car. And the cheapest among them begins at $39,600. The hybrid versions are still there beginning from $41,410. While the exclusive F-Sport Edition is available for $44,135.

Certainly, the seventh generation would become an attraction as an entry-level luxury sedan, like its previous generation. And it could certainly help Lexus reaching the 2 million landmark of sales.

Well, let’ move ahead and explore the Lexus ES.

Although the Lexus ES has come up to the seventh generation. But still, it has got less of its own parts. Just like the previous generation, the present one is even based on the parts borrowed from Avalon. Specifically, the Hybrid versions purely give a feel like driving an Avalon. But still, the Lexus makes its way with the luxury inside the car.

Beginning with the drivetrains, the international base variants get the 2.0 L inline-4 engine installed to the ES200. It is Camry based powertrain with much of the throttle feel resembling the modest Toyota’s luxury sedan concept. Well, it is powered up with 165 hp of power making 147 lb-ft of torque.

The Chinese get the Japanese powertrain module carried with a 2.5 L 4-cylinder engine making 201 hp of power at 185 lb-ft of torque. And a single engine is offered in two trim levels. Well, this is yet another loan taken from the Camry bringing in some distinguished detailing matter for the Chinese market.

The hybrids are powered up using an Avalon’s based 2.5 L 4-cylinder engine. The overall system produces 215 hp of power. While the engine is only capable of producing 177 hp which is certainly lower than the Chinese variant. Further, the hybrid option comes mated with the sluggish continuous variable transmission, which certainly kills the performance of the car.

The exterior designing seems like a facelift version of the sixth generation. The headlights have become sleek, the grille has grown large, wheels design has slightly changed and the rear has been sharpened up. Further, LED lamps are installed in the head and tail. And the 17-inch 10-spoke alloy wheels take the base position. While the 18-inch 10 and 5-spoke wheels remain optional. Ahead of that, the cosmetics include a less visible spoiler, a shark fin antenna, and an arrogant fascia.

Almost everything available was on our Ultra Luxury Lexus ES. The luxury sports heated and ventilated seats, comfortable headrest, neatly designed trim and a lot more was included. Well, the interior setup is comfortable plenty of premium ingredients. And the leather remains common among all. Further, there is enough seating space available in the car. Certainly, you can get up to 5 guys including a driver to sit in. Ahead of that, our luxury fella included 16.7 cubic feet of space for the cargo, which is quite enough to carry the monthly groceries to home.

The Lexus ES features a 12.3-inch touchscreen infotainment system available with some handy features. First, it includes the Apple CarPlay and Siri with some other Apple smartphone apps. Further, it includes the navigation, voice recognition, head-up display, and the Amazon Alexa. In addition to that, it includes Wi-Fi compatibility and the Lexus Enform App Suite 2.0 for entertainment and navigation.

Ahead of that, the entertainment options include the Mark Levinson 17-speaker audio system with the 1800-watt amplifier.

The Lexus ES gets some essential features in its safety column. Well, it features a panoramic parking monitor for a safe parking experience. Further, it gets the blind spot monitoring pitched with the rear-cross traffic alert, paired up with the autonomous braking system. The passive safety includes 10-airbags installed in the front and the rear. While the front seats feature the whiplash injury lessening system which keeps the driver and the front passenger safe in case of a rear collision. Some additional features include the rain sensing wipers, stability and traction control, crumple zones in the exterior design and the tire pressure monitoring system.

The Lincoln Continental is yet another option you can find in the market for the executive sedans. Its performance is fine and the interior selection is comfortable. And it sits right above the ES, because of its competitive pricing.

Well, the Lexus ES leaves a good impression on its drivers. It is a decent car for the entry-level businessmen and could serve as a luxury family sedan.