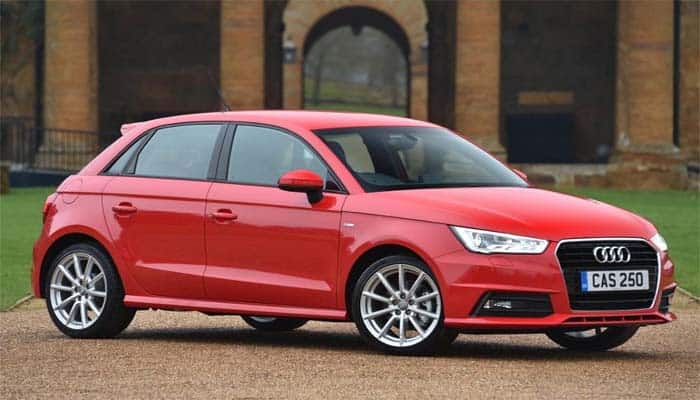 Audi’s hatchback lineup is even quite versatile like its other cars. The hatchbacks are really an important class of cars. Especially the families prefer to get hatchbacks. As they seem to offer better mileage and lower maintenance cost.

But there are some hatchbacks that not just bring up good fuel mileage. Instead, they even offer luxury and performance. Well, we have a number of examples of performing hatchbacks. But in the last few years back we got an example from a luxury car manufacturer.

By the fall of 2008, Audi came up with the 5-door hatchback. It was titled as the A1 Sportback. The car went on display in Paris Motor Show.

Well, the Audi A1 got a lot of fame in the UK. In the very next year of its launch, it won the award for the Car of the Year 2011.

The famous actor/ singer Justin Timberlake remained the brand ambassador for Audi A1. Audi marketed the A1 through numerous ways. But specifically, it remained with the smartphone and PlayStation games. 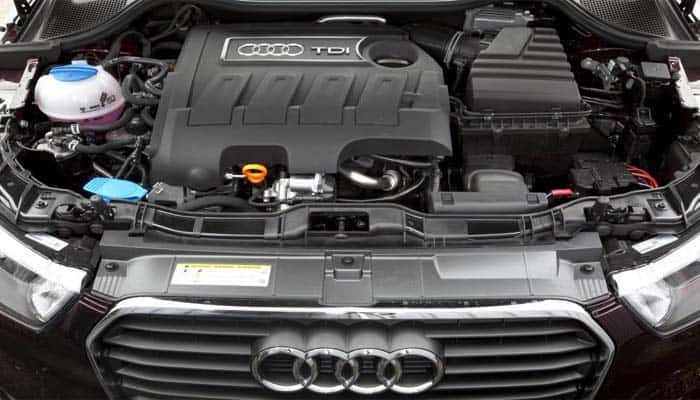 Audi A1 offers various drivetrains. Well, usually you would not find a hatchback with so many mechanical options. The base model is equipped with the 1.2 L TFSI engine. This is one of the most economical models of the A1 series. Whether it is the fuel or the maintenance, every cost is economical on this car. Well, this 1.2 inline-4 offers 85 hp of power revving at 118 lb-ft of torque. This powertrain is mated to the 5-speed manual transmission.

After this decency, you meet the 1.4 L TFSI engine. This a mid-spectrum engine with 120 hp of power and 148 lb-ft of torque. And you get two choices for the transmission. The first is the 6-speed manual. While the second is the 7-speed S-Tronic automatic transmission. Well, we love the manual transmission. As you can sway at your speed while driving a manual car.

The most powerful drivetrain is available in the “S” version of the A1. It is the S1 that comes with the 2.0 L turbocharged engine. This engine moves with 256 hp of power and 258 lb-ft of torque. And the most amazing this is that it is available only with the 6-speed manual transmission.

The diesel drivetrains have 1.6 and 2.0 L engines. 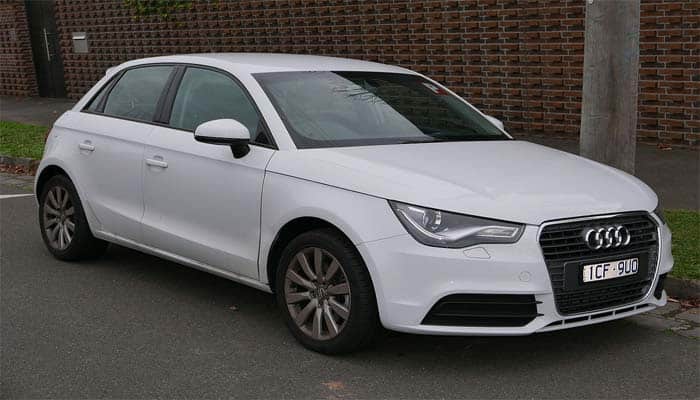 The A1 has a classified exterior design. LEDs, big alloy wheels, and aerodynamic application are available on this car. The front grille is the signature Audi grille. The rear drop has the spoiler on it. And that becomes useful for the high-performing engines.

Well, there are a number of colors available for the exterior. Even the frame and body contrast colors are even available. The sports model features a carbon fiber roof. Along with that, it has some sporty add-ons available on it. 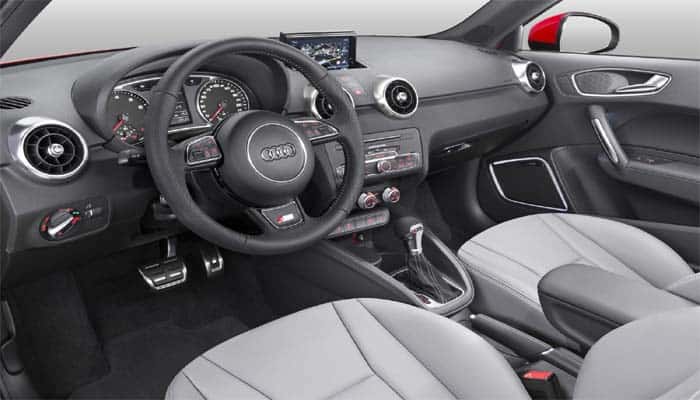 The interior of Audi A1 is not as rich as the other cars from Audi. But it looks luxurious as compared to the other hatchbacks. The interior design begins from the seats. The leather sports seats are standard in A1. Well, an optional Super Sports Seats are also available. The Super Sports Seats enhance the seating experience. And even they keep the driver and the passenger stay away from all pangs.

The carbon fiber has been used for the accent. Well, the Alcantara is even available, depending on your choice. Further, the 3-door hatchback A1 offers space for 4-people. But it certainly congestive like the common 3-door hatches.

While the 5-door Sportsback is spacious. You can easily fit it 4-people in this car. But you would complain about the cargo space in both body styles. 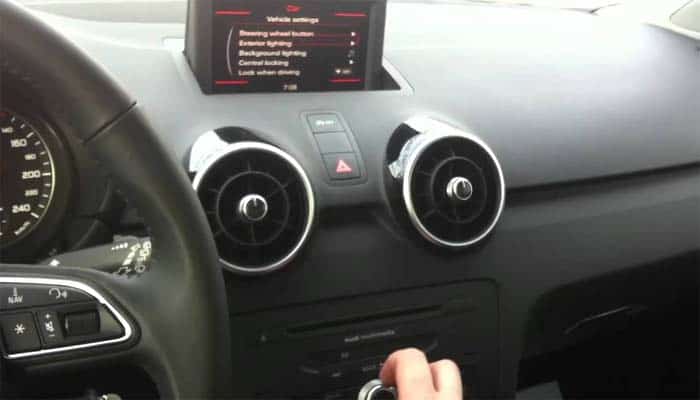 The touchscreen infotainment system is optional in this car. You would have to pay an additional $771 for the infotainment system. Well, that is certainly a navigation screen. For the radio and music, there is a separate system available. The sound system is fine. We do not have any complaint about that. And even the optional navigation is also responsive. But you just need to understand the mapping before navigation.

Further, a customizable driver’s cluster is available. And along with that Bluetooth phone connectivity is standard on all the models. 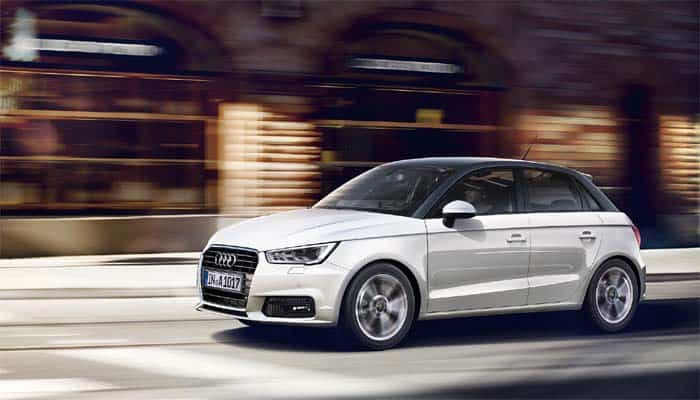 Initially, A1 was suffering from some safety issues. The pedestrian protection was weak in this car. Mainly it was because of lack of vision. But Audi has addressed this concern pretty diligently.

The safety score improved drastically from Average to Good. The Audi A1 scored 5-Stars in the safety tests. But still, there is some improvement required. Actually, the improvement is required in the design.

Well, the occupant safety is guaranteed in this car. The airbags, seatbelts and the latches are pretty accurate and respond promptly upon any impact. Well, it is a family car, and it is supposed to have enough safety for the families to ride.

Along with the passive safety, the active safety features are even quite responsive. Well, the A1 has the cruise control, hill-hold assist and the rear parking sensors. And if you need the whole frontal and rear parking system, you would have to acquire it for $372. 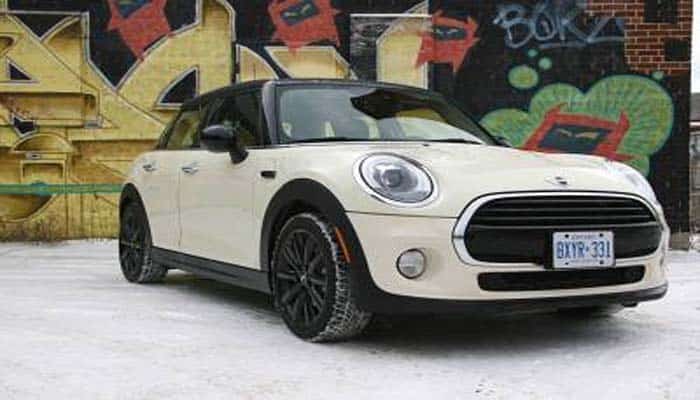 It is pretty easy to find a competitor for a standard hatchback. But when the discussion is about a super-hatchback, you need to dig hard to fetch a competitor. Well, luckily we found one. It is the Mini Cooper. The custom revamped Mini Coopers are quite agile. But the standard Coopers had been just a liability. Somehow, their performance could match the Audi A1 a lot.

But still, the Audi A1 is one of the hatchback leaders. Are you planning to save on fuel and maintenance? Then why wait, go and grab one Audi A1.