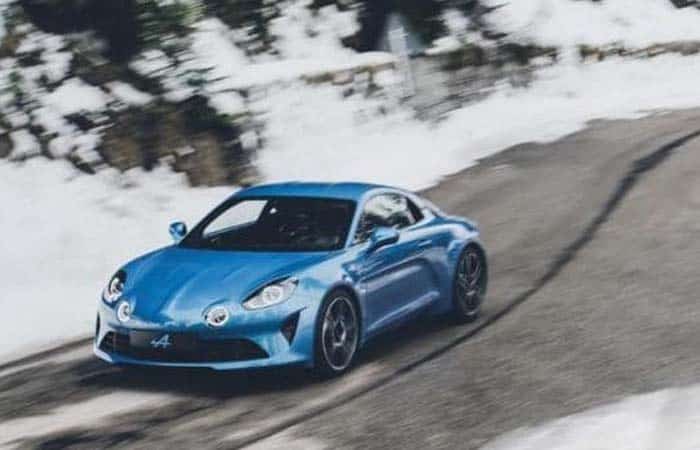 The Alpines are one of the beautiful parts of Europe. They attract a number of tourists to enjoy its deep curves and the snowflakes. But Europe is not only the home of the Alpine Mountain Range. Instead, there is a set of cars called Alpine in Europe as well.

One of the examples could be extracted from the WW-II post era cars. Those were the two-door (coupe) sports cars launched after the Second World War. They had lower body and a sporty structure. Well, they were called Alpines. But later they were titled as the Berlinettas.

And among those was the Alpine A110. This car was introduced in 1961 as the successor of the A108. These were just like the hand-built cars manufactured at a local garage. And mainly they comprised on Renault’s parts.

The fate of this car was pretty limited. Four years after Renault acquired Alpine, this car was discontinued. And subsequently, A310 was kept as the successor of this car.

The A110 has been relaunched 22 years after the discontinuation of the Alpine series. After number business junctions, the Alpine was revived. And finally, in 2010, the concept A110 was revealed.

Later the economic recession halted the process. But thanks to Caterham Cars that they brought in their share for the Alpine. And finally, the Alpine went into production for the year 2016. But due to some difficulties, this car was introduced in 2017.

The present Alpine A110 still shares numerous parts from Renault. Well, it was planned to bring up a car like Nissan GT-R. At least something close. But it is yet to discover. The cheapest Alpine A110 is for almost $67,100.

Let’s dig into it:

Besides the conventional drivetrain, there are a few more things that matter in the performance of a car. Like, the tuning, which is even important for the performance. Though, the Alpine A110 has just recently got into the market. But its worth is increasing day by day.

This is all because of its sound tuning. The Alpine A110 comes with a 1.8 L inline-4 cylinder engine. Though it is just a turbocharged 4-cylinder engine. But its powering stats are better than a number of sports cars that we usually see on the roads.

This Renault engine has 249 hp of power that delivers 236 lb-ft of torque. This powertrain is mated with 7 – speed dual clutch automatic transmission. Well, you may find a number of turbocharged 4-cylinder powertrains delivering the same torque. Or even they may be delivering better. But we often find that they are more a burden on the road.

We were expecting this car to be rough and dry like all other tiny sports cars. But here the scenario is entirely different. It rides smoothly, away from our expectations. The dual clutch has given a sporting spirit to A110.

Lapping 0-62 mph in 4.5 seconds for such a car is pretty easy. Well, we were thinking about 5 seconds. But it took 0.5 seconds lesser. In some other tests, it even touched 4.4. But still, it will remain a query in getting lesser seconds for this initial lap. While on the track, the Alpine A110 delivered its finest at 155 mph.

Handling is evenly important. Especially for an entry-level sports car. The Alpine A110 has some good steering capabilities. Even the braking tech is even fine. Well, overall it has an agile handling.

Renault and Caterham have given the retro crisp and curves to the Alpine A110. The 70’s A110 design has been followed in the exterior designing. But of course, the cosmetics are different.

Well, along with the styling, the aerodynamics have also been added to this car. You definitely need strong aerodynamics to balance the performance and handling of an entry level sports car. It is certainly a relentless coupe.

The 18-inch forged alloy wheels are standard on this car. The front gets the pair of 4 LEDs. Two are installed in the headlamps while two are available in fog lamps. Well, the rear even gets the LED taillights.

But still, after all this designing, the A110 looks like a smiling duck from the front.

There is a pretty simple interior in this car. It is just like the other urban riders. But the interior has high-quality ingredients. The accent trim utilizes carbon fiber and the aluminum. While the seating and the steering wheel utilizes leather.

Well, we have not heard a word from Alpine offering add-ons for the interior. But it is expected that from the next year, there would be an addition to the optional nook and cranny.

Well, the most amazing thing that we found in this car is its infotainment system. The Alpine A110 comes with a 6.5-inch infotainment touchscreen system. It has things like music, telephony, smartphone connectivity and the USB plugs. In a way, it is yet another Dutch entertainment system.

The favorite language that you will find in this car is French. And so is its infotainment system. Well, we just went through English. Operations are cool. Features are pretty simple. But the whole system is quite responsive. Well, you do not really expect such quality from a reborn sports car. And especially the one that is on revival.

The Alpine A110 is built on a lightweight aluminum structure. Alpine says that there is almost 87% aluminum used in this car. And what happens to aluminum after an impact is known to almost every one of us.

Well, Renault has prepared this car to meet the occupant safety standards. And even there are some active safety features available in this car as well. But its safety score is yet to be confirmed. As far as the testimony narrates, this car is still a safe car.

The Alpine A110 could be an option if you are up to get a sports car. It is new, energetic and really it has some passion to go ahead.