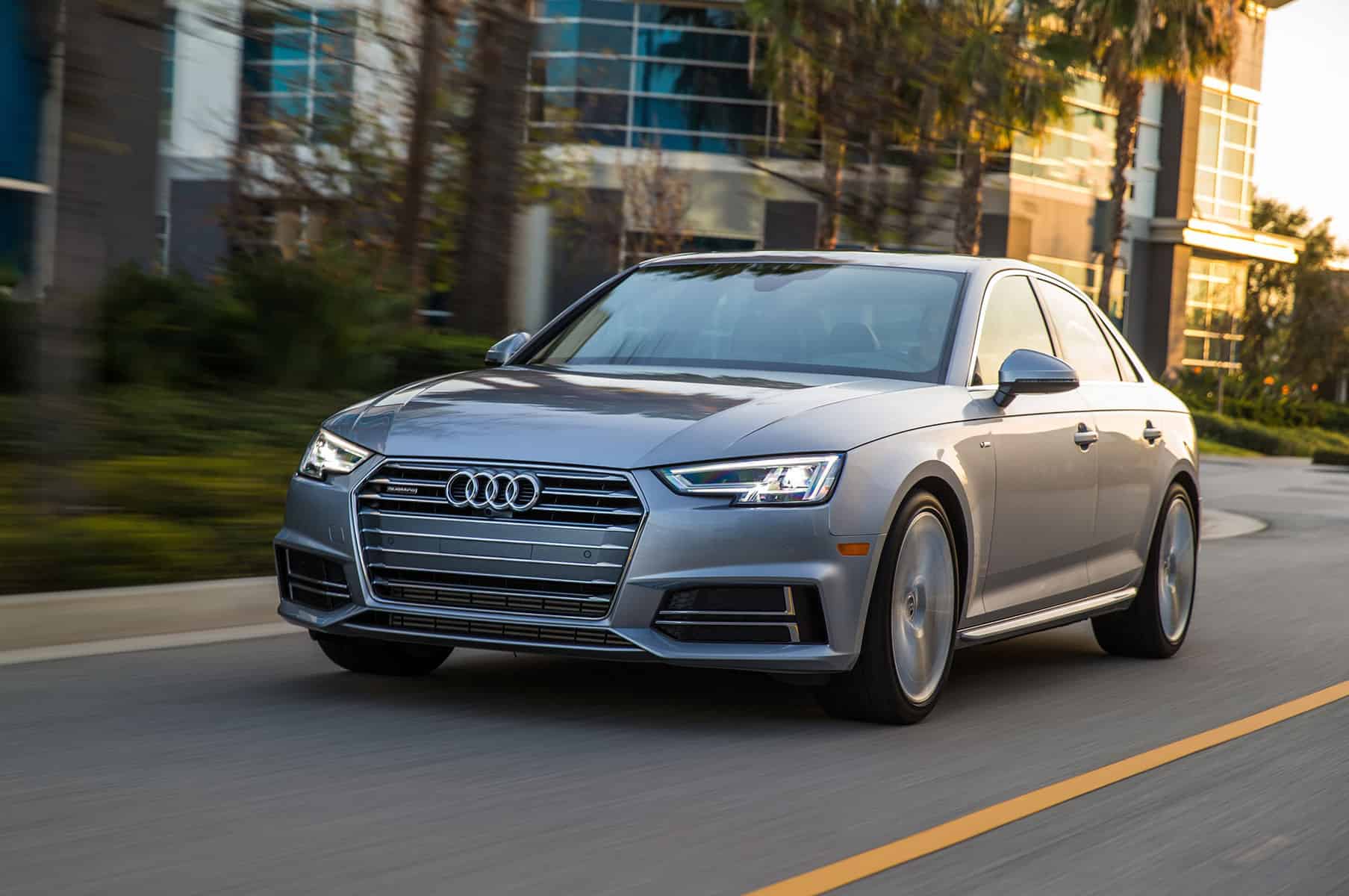 Luxury and comfort are a definite costume of the German brands. The Audi A4 is yet another customer of luxury and performance. A4 was introduced for the first time in 1994. Through two decades the car had been in the market. The present day Audi A4 is in its fifth generation. And this generation was introduced in 2015. Its production sequence makes it the ninth generation of the overall A4 series. The production name of A4 is B9 (Typ 8W).

Now a day’s, Audi A4 has a big record of amazing cars. Audi A4 is becoming common as a luxury executive car all over the world. Certainly, it is ideal for those who are looking for low priced luxury cars. In conclusion, it is cheaper and effective means of performance and luxury with good features.

From the notch of the 2017 productions, Audi A4 is here. This car has been providing people with a comfortable and smooth domestic ride for a long time. For the first time in the history of the A4, the sedan and convertible variant (Avant) appeared simultaneously. The first models were delivered in October 2015. And this model was introduced as the model for the year 2016.

The A4 is based on the MLB platform “MLB Evo” of the Volkswagen Group. The A4 series is produced and assembled at two production sites. The saloon, the Avant and the S-models at the Audi factory Ingolstadt roll off the line. While the sedans are produced and assembled in Neckarsulm, Germany. So, we can say that a lot of people from two different units take part in making the car what it is.

The starting price of Audi A4 is $34,900. And the model line includes Audi A4 Premium, Audi A4 Premium Plus, and Audi A4 Prestige. Besides these models, the A4 series is entitled to a sports trim as well. It is the Audi S-4. And it is also one of its kinds.

The Audi A4 has justified the history with its performance. But not just the acceleration and speed, the handling of the car has even placed a nice impression on its drivers. Most noteworthy is that the differentials and the drivetrain adjustment is ample for a smooth handling and control. Pirelli Tiers take the credit for the sound road grip.

Considering the updated engines, the Audi A4 might read as a conservative redesign. However, the standard configuration offered is the 2.0 L turbocharged engine.

The two wheels configuration is enough to provide much torque over the frictional routes. Indeed, this is where the A4 becomes essential.

The transmission line consists of two systems. six-speeded manual and eight-speedeed automatic. Also, the shifts are perfectly moderated for simultaneous torque delivery and smooth transaction in the next gear.

Most of the shape in Audi A4 models is same. The upper you go into the model line, the bigger you get the Alloy wheels. However, the standard models have the standard rims. Well, that’s one of the only differences that could be witnessed in the exterior of Audi A4.

Audi A4 has a quadrangular shape with a box-like framework. It is manufactured with a frame structure to provide maximum space. And its wheels are able to balance on bumpy and uneven roads. In addition, its headlights offer sufficient luminosity for a clear vision in the dark.

Audi A4 is among those cars on the road which have impressive style and cool colors. Since this car can even be refined down to the last detail, it adds to its value. Audi is regarded as the pioneer in manufacturing the 6 seats auto and manual as well as auto vehicle throughout the world. And A4 is yet another example of this idealism.

The Audi A4 (standard) comes with 16-inch aluminum rims and a multifunction steering wheel. The higher trims have 17-inch alloy wheels.

Luxury is heavily found in the cars from Audi. The Audi A4 is even full of comfort and luxury. And the base models get the basic interior. Besides, there are a number of options available for the interior.

Coming from the steering hood to the rear shield, there are a number of accessories available. The models of A4 get some genuine touch of luxury and ease. Wooden interior, bucket shaped seats, and refined colors are common in the car. Getting towards the Sport models of the Audi A4, its interior is handsome and classy. And it has materials that are pleasing to see and touch. When you get to the back, you get an elegantly executive row of seats.

A4 has efficient performance, the hereditary restyling, and the evolved infotainment system. But this is all over the updated models of A4. And what it lacks in is new technology and splashy changes. It seems like the manufacturer has to overcome this minor issue as well.

Audi A4 offers Integral Active Steering (IAS) feature. This feature combines rear-wheel steering with the variable-ratio steering of the up front.

Some interesting features of the car include Heads up Display, Audi Virtual Cockpit (digital speedometer) and Traffic Jam Assist.So, it won’t be wrong to say that this car is definitely a good choice in terms of performance.

The Apple CarPlay™ supports the infotainment system. Further, it even supports the Android™ Auto integration. And the system even houses the support for the 4-G LTE and Wi-Fi hotspot. In addition, a 12.3-inch touchscreen infotainment system is available for the A4 franchise. It seems like the car has everything that must be present in the modern-day cars.

We find the competition for the Audi A4 with the Mercedes Benz C – Class. Though there is not much difference between both the cars in terms of performance. However, the luxury and price differentiates both the cars. Well, Audi is higher in luxury as compared to its German competitor. And even A4 bears an affordable price tag as compared to C – Class. In conclusion, Audi is definitely a good choice than its competitor.

In conclusion, Audi A4 is a good choice for the people who are planning to hop into the executive level sedans. As it provides a good performance, a better mileage, and comfort at an affordable price. So, it is worth trying.

On the other hand, you may also check out our 2018 review on the Audi A4 Allroad.