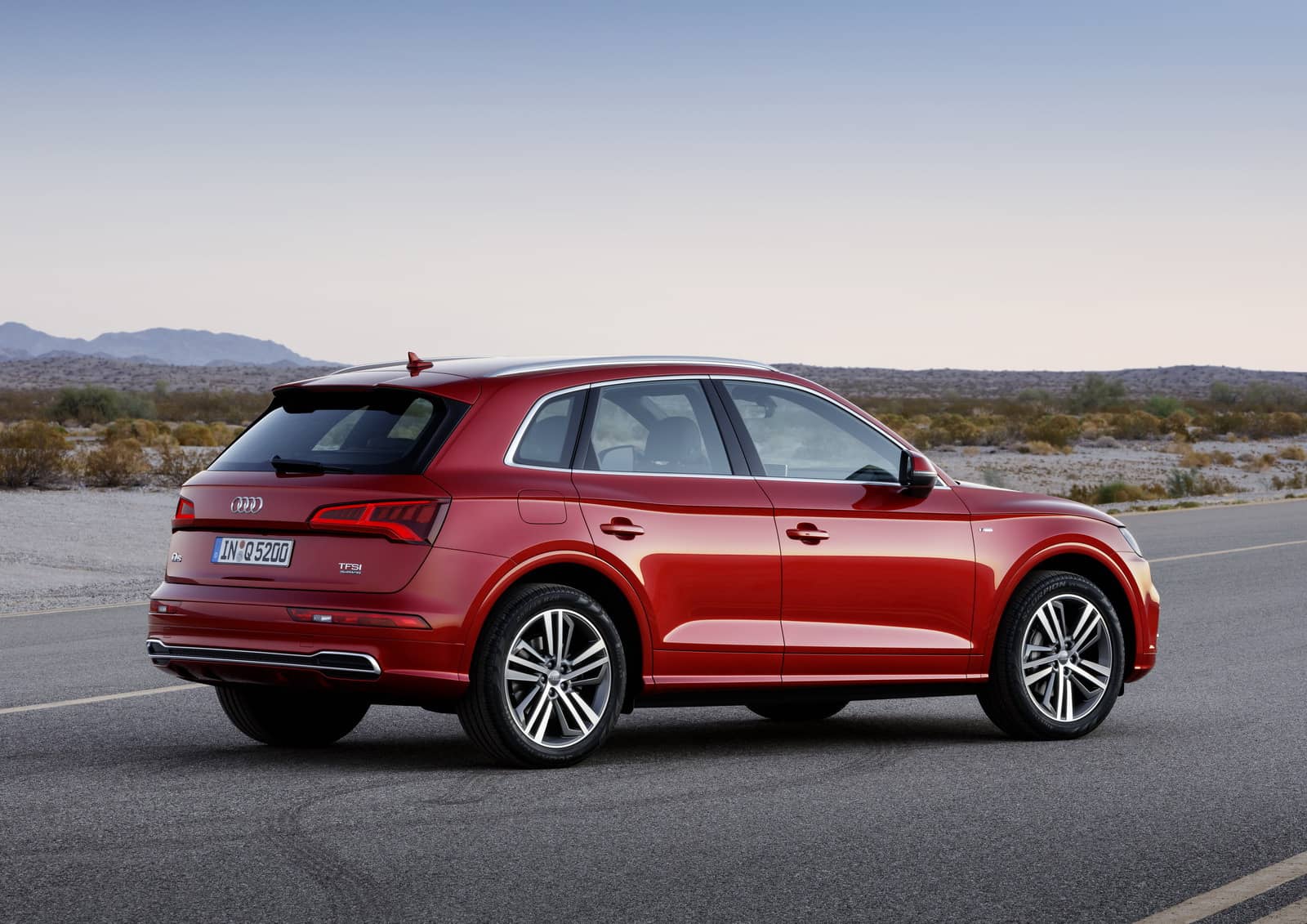 In the spring of 2008, Audi revealed the Q5 for the first time. In the first look, it seemed like just another SUV in this world, bearing the badge of Audi. But soon as it came for the first test drive, our views about the car altered. We didn’t rank it a conventional SUV anymore.

Audi MLB platform is used to design the first generation of the car. The same has been used for the designing of Audi A4 and A5. The second generation of Q5 is designed by using a derivation from the MLB platform. It has been called as MLB evo.

Elegance is one of the major ingredients of success for Audi. Every next vehicle from Audi has elegant components, which embark an executive feeling in its cars. Similarly, Audi Q5 has been designed to provide elegance, comfort and executive feel. Whether it’s the exterior, performance or the interior, all is loaded with loads of royalty.

The second generation has certainly got a total revamped shape. The platform used in this generation lays a base for a bigger infrastructure than the previous one. It’s not a typical sedan or coupe platform. It has been designed to structure crossover SUVs.

The starting price of Q5 is $41,500 with three trim lines. Audi Q5 Premium is the standard trim, Premium Plus is the midscale trim line and Audi Q5 Prestige is the finest trim.

The second generation Audi Q5 is available with four engine options, like before. It comes with a 2.0 L TFSI inline 4 cylinder DOHC engine, as standard. The V6 and diesel engines are available on demand. The variations in the drivetrain made Audi Q5 one of the grossing SUV on the planet. The available engine options attracted the consumers and, no doubt, Q5 has even been the highly grossing car for Audi as well.

This 2.0 L TFSI has 252 horses to run at 273 lb – ft of torque. The Quattro has been made standard for the Audi Q5. The system has been designed to work with the front – wheels as well as all – wheels. The electronically developed system automates the usage of the front and all – wheels drive. On hefty roads and sharp turns, the system automatically activates the Quattro, otherwise the car drives in the front – wheel – drive configuration.

The dual clutch S – Tronic transmission is matted with 7 – speeds. The transmission system strengthens the front – wheel to all – wheel transition. Further, it even has helped in maintain an economical fuel mileage for the car.

Further Q5 is now 200 pounds lighter than the previous generation. This is mainly because of the advanced platform. The platform has been designed using aluminum, which guarantees weight reduction in vehicles.

There was a time when SUVs could easily be differentiated from the sedans. But presently, the roofs and the tail would only tell that it is an SUV. In the same fashion, the crossover Audi Q5 SUV has been designed. From the front, it seems like it is another Audi sedan. Whilst the roof and the rear makes it counted as an SUV.

The Q5 has the signature front grille. The similar one could be even found at Audi A8. From the rear, the Q5 seems like a luxurious notch. The Premium and the Premium Plus trims get the 18” alloy wheels with double spoke deigning. The Prestige trim is equipped with a 20” triple spoke wheels. Overall Q5 has a mid-level executive appearance.

An elegant interior is available in Audi Q5.The interior of the Audi is a combination of comfort, luxury, and quality. The Q5 has a spacious and beautifully designed interior. The driving seat is yet another luxury in this car, with plenty of room to see outside. All the trims of Q5 have leather seats as standard.

When you move to the second row, you get ample space for 3 adults. There is pretty much space available in Q5. This car offers up to 60.4 cu feet of cargo space. You can utilize this space by folding the rear seats. This is something most likely not found in competitors. Walnut wood inlays have been used in the interior designing.

Optional features include stuff like heated seats for summer and winter. A range of decent interior colors is even available.

The first generation Audi Q5 earned 4 stars in its safety tests. Rollover and front driver safety relegated the scoring of the car. Otherwise, it would have earned 5 stars.

Though the passive safety measures are sufficient in the car. Even, some additional passive safety packages are also available. But when we talk about the active safety features, those that are a practice today, Q5 lacks over there.

Pedestrian detection, Forward Collision warning, Low-speed automatic braking, and some other features are available in the car. Still, there are some handy features that are missing.

This German SUV gets the competition from its archrival Mercedes. The GLC Class is one of the closest competitors of the Audi Q5. Though there isn’t much of the difference available in both of the cars. But the performing capabilities of GLC are certainly better than Q5. And even the cabin of Mercedes is much luxurious than that in Audi.

It could be a good move if you are planning to jump into a crossover. The performance enthusiast would love the V6 engines, but the inline-4 are even capable of performing brilliantly. Price could be an issue.