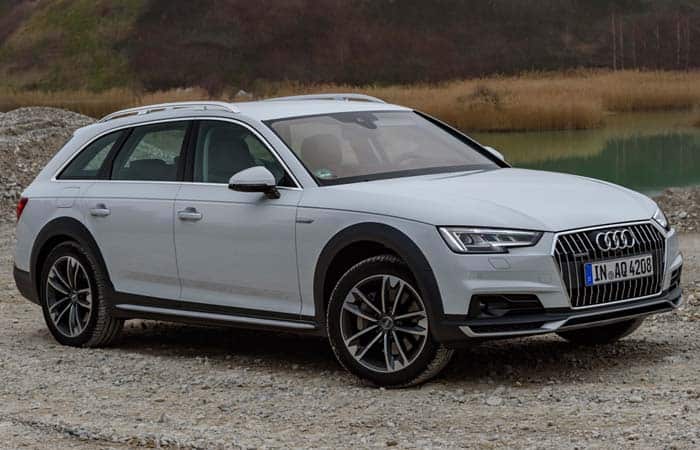 Well, Audi calls it the Allroad. The Allroad is the multipurpose wagons that are designed to perform in the city as well as off-road. And they carry a pretty urbanized drivetrain that can suit multiple driving conditions. Further, the A4 Allroad is the beginner model of this Allroad Quattro series.

The Audi A4 Allroad was introduced in 2009. While this model was introduced in 2007 during the Frankfurt Auto Show. Though the station wagons were already a part of this A4 Series. But they were more like an elongated hatchback. While the Quattro gave some breath to the A4 station wagon. Well, it was not anymore an ordinary wagon. Instead, it became an off-road capable family wagon.

The Audi marketed the A4 Allroad in every corner of the world. You could see it in the motorsports, on almost every newspaper, hear it on radio channels and see it on televisions. And that is what enabled Audi to bear a sweet fruit out of it. Not to forget, the standard Audi A4 wagon still exists. It has not been canceled. But it is just like the entry-level edition for this car.

Well, the Audi A4 Allroad is available in three different models. And all of them are based on exterior and interior designing. The Premium is the base version with some basic cosmetics and is priced at $44,500. Well, she is not that much basic. Ahead of that the Premium Plus takes the lead to $47,200. And Prestige is for $53,000. Only!

The Audi A4 Allroad includes an all-weather and all-terrain type drivetrain. She comes with the 2.0 L Turbocharged 4-cylinder engine. Well, the same engine could be found on some other models of the A4 Series.

This powertrain is mated with Audi’s favorite 7-speed dual clutch S-Tronic automatic transmission. Well, that is not just Audi’s favorite, instead, we even like it. And with this kind of drivetrain, it suits a lot.

Further, the power rating for the Audi A4 Allroad is quite nominal. It has 252 good horses making 273 lb-ft of torque. That is too much for a station wagon. But for a super wagon that is just normal.

Well, in the Audi A4 Allroad we managed to hit 0-62 mph in 5.2 seconds. And she rated around 128 mph as her best notch. While we heard that A4 Allroad is capable of going beyond 155 mph. But that seemed much like a myth.

For a city cruiser, the handling matters more than the performance. Well, the Audi A4 Allroad did not disappoint us with her handling skills. She landed pretty decently on every curve. And her turning radius is quite fine for a sharp urban ride. While the braking adds more fuel to the performance. The A4 Allroad stopped at 70-0 mph within 152 ft. Indeed that is quite fine for a city car.

Like the performance, Audi has even enhanced the handling ability of this car. And nevertheless, the A4 Allroad is better than a lot of hatchbacks that are rated at the same level.

The Audi A4 Allroad sits on almost the same platform as that of the sedans. It previously shared its structure with the Avant or the standard station wagon. But later it becomes and an independent candidate. Well, she looks much like an elongated hatchback. And from some angle, it seems like a downed crossover SUV.

In the front, it gets the similar grille like the Audi SUVs. While the lighting style is even similar. Further, the A4 Allroad gets the roof rails as a necessary inclusion to be called as the station wagon. Along with that, the 18-inch 5-spoke alloy wheels are standard with all the models.

The interior designing is pretty rich inside the Audi A4 Allroad. She certainly prevails the interior appointment like the rest of the A4 Series. Rich, neat and quality ingredient are the key factors of this interior. Well, interior mainly includes leather seats and carbon fiber trims. Further, the exclusiveness is enhanced with the available premium leather and various color contrasts.

Well, the spacing is quite admirable. The front row offers an exquisite array of seating. While the rear allows three folks to sit in comfort. Well, we would prefer two guys. And the cargo spacing is pretty commendable. On folding down the rear seats you can get 58.5 cu ft of maximum space.

The base model for the Audi A4 Allroad comes with the 7-inch touchscreen infotainment system. The Apple CarPlay and the Android Auto are standard for this infotainment system. Along with that, the Premium model gets the 5-inch monochrome driver’s cluster display. Further features include Bluetooth streaming, voice navigation and the USB connectivity.

The Premium Plus comes with the same infotainment system. While for the driver’s cluster it gets the 7-inch TFT driver’s cluster display. Well, the Bang and Olufsen 19-speaker 3D sound system are standard for this model.

Well, the Prestige gets the finest features among all. It comes with the 8.3-inch touchscreen infotainment system with navigation. In addition to that, the 12.3-inch LCD screen for the driver’s cluster display shows various tachometer, navigation, multimedia, and performance information.

The Audi A4 Allroad includes a number of passive safety features. It is an elegant family car with a complete package of safety to protect the occupants. The front seats get various airbags slotted in for the thorax and knee as well. Further, the rear seats come equipped with the LATCHES.

The Audi A4 Allroad carries a decent price tag, with subtle performance, beautiful exterior, and tremendous interior. She could certainly be a perfect companion for those looking for the alternates of the crossover SUVs.