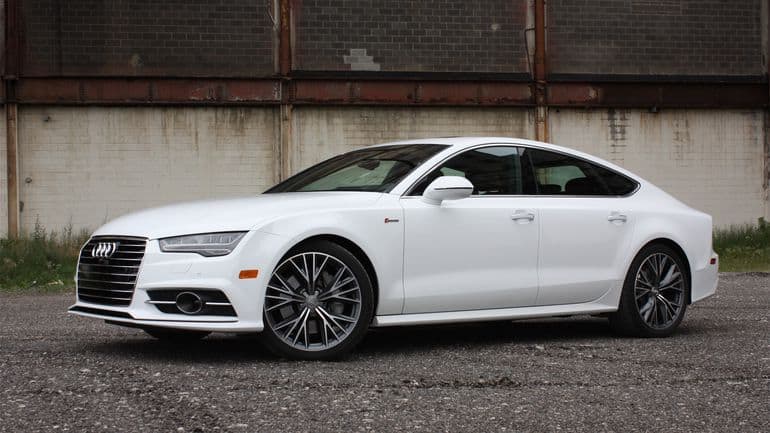 Audi has a renowned track of delivering luxury and performance together. Germans are the masters of the streets. Whether it’s the handling, steering, acceleration, speeding or costume of the car, it is given a smooth blend by Germans.

Among the comfortable and luxurious rides for the present year, we meet the refreshed Audi A7. This luxury car was introduced in 2009 as a concept car. The car was displayed in Detroit Auto Show.

Audi A7 is considered to be the successor of Audi A6 Avant. As like A6, the Audi A7 has also been designed using the Volkswagen MLB platform. The fastback or so-called sportsback body style was previously designated to the A6 (C7) series. Later by 2010, it has been distinguished as a separate franchise for Audi. Besides the A6, Audi A7 shares some part of its exterior and interior with the A8.

The present day version of A7 is noted as Type 4G. It was introduced for general driving in 2010. Commercially, the car was launched after the mid of 2011. In some markets of the world, it was launched in 2012. The model line includes Premium Plus, Prestige, and Competition. Among the models of A7, there are sports model available as well. Those models are titled as S7 and RS7. They have a pretty sporty structure and heavily charged powertrain.

Besides the standard models, some limited and custom editions have also been launched in the franchise. Among them A7 Sportback Black Edition (2013 and onwards) is notable. The car was heavily distinguished on the basis of its looks and interior.

This executive fastback is priced as low as $68,800. The price is affected with the change in engine version and trim level.

The standard engine offered for Audi A7 is a 3.0 L V6 engine. The Quattro® powertrain is standard for all the models in the franchise. It means Audi A7 is totally an All – Wheels – Drive car.

Besides the 3.0 L V6 engine, there are a variety of engines available for A7. Mostly the engines are provided on the basis of the market structure. As for the Europe, the diesel engines are mainly provided. And when we come across China, we meet the 2.5 L V6 FSI engine.

The sports series of the A7 is provided with a V8 matted with 4.0 L engine.

Generally, the TFSI® series engines are provided in the car. For the diesel configuration, the car is equipped with TDI engines. The standard configuration with the 3.0 L V6 engine has 333 horses. A fine tuning of the same engine is also available, having 340 horses @ 325 lb – ft of torque.

The performance is topped with a crisp of handling. The Germans are the masters of steering. Almost every next German car has the smooth and sweet handling. Same is the case is with the Audi A7. Every curve, turn and swing is smooth in A7.

Audi has gone to a level where it distinguishes the body style of the cars by itself. The Audi A7 has a fastback shape. The shape more likely resembles a sedan having a stationer back.

The roof of A7 slants down to the trunk, making it a hatchback, but the 4 doors and a trunk makes it a sedan. Ultimately it becomes a sportsback or that Fastback.

There is quite similarity present between A6 and A7. But there are a number of aspects that are different in both the cars. The A7 utilizes aluminum for the front body structure.

The costume is made elegant with the incorporation of Full LED headlamps. The lamps are powered by the Automatic High Beam system, which activates the high beam when necessary.

Audi has crafted the interior of A7 with a pretty luxurious taste. Leather and wood crafting has been done on the hood, with fine leather holstering seats. The seats and the hood have the contrast colors. However, the base models have the same color on both. As per the reviews received about A7, premium quality leather has been utilized on the seats of the car. Meticulous Fine Grain Birch wood cuttings in various decent colors have been utilized for the doors and dashboard.

A7 is equipped with FlexRay High-Speed Databus. The feature has been taken from the Audi A8. This is a driving assist feature. The FlexRay Databus has helped to transmit the data speed amid sensors and adapters swiftly. With a swift pace, the car responses quicker in toughest situations as well, such as on wheel slip response.

Another useful feature of A7 is the Head-up Display. The feature is yet an old companion of cars, because of its wide usability. You won’t have to check your speedometer again and again in the presence of this feature.

Apple CarPlay and Android Auto are standard in all the models of A7. Sound, mobile connectivity, internet support, Bluetooth connectivity and many other features are supported as well. Navigation is also available for A7.

A7 is quite safe to drive. Besides the passive safety manuals, the car is equipped with a series of active driving assists, and some others are available on demand. Active Lane Assist, Adaptive Cruise Control, Corner view camera, Pre-Sense and some other features make the A7 safe to drive.

The contenders for the Audi A7 even prefer the Mercedes-Benz CLS-Class. Both the executive level vehicles have much to offer to their audience. Besides the luxury and comfort, the powertrains are distinguished with overwhelming engines. Both of the cars have a variety of available engines (dependent on the market). Yet, they both have certainly a similar standard, style, and custom. Ultimately, they both are manufactured by the Germans.

The Audi A7 could be a good choice for you if you are looking for agile performance and luxury together. A7 is certainly a class apart!