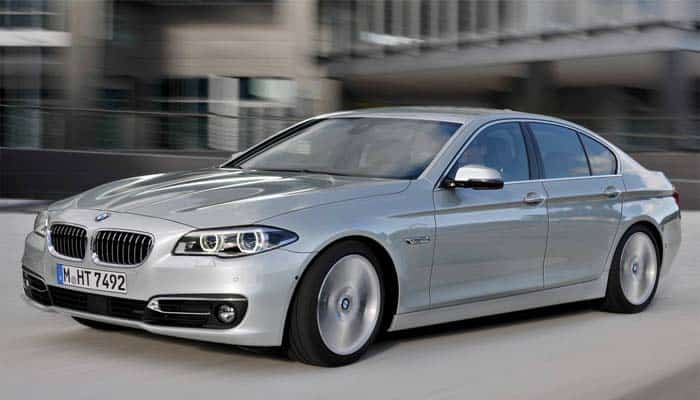 Elegance is liked by almost all of us. But, if there is a combination of power and beauty, it makes the appearance more enchanting.

Same is what you get in cars. A beautiful and powerful car is liked by most of us. And one good such example is demonstrated by the BMW 5-Series. In 1972 BMW introduced the 5-Series. It was launched as the replacement of the BMW New Class. This car was introduced in the sedan body style.

Later, the estate wagon and fastback body styles were introduced in this series. They were mainly the produced to encounter the prevailing German competition. Well, Audi is the major competitor of this German Bella.

The 5-Series has gone through 7 generations. The present one bears the production badge of G30, 31 and 32 along with the M5. Well M5 is not just a production badge, it is even the sportier model of the 5-Series. “M” simply implies to Motorsports in the BMW production line. Well, you can even take M as in Monster.

This car has earned a number of accolades through its long career. It was honored as the Canadian Car of the Year. Further, it earned its position in the Consumer Reports. It remained as the Prestigious and Luxurious Car in the World. And it has been awarded the title of the Import Car of the Year. And this has all been just because of its beauty and performance.

It is tremendous record has made BMW earn a hefty profit. And among those sales, there are rare cases of back ordering. Throughout its life, the 5-Series never met a serious safety issue. Indeed, the BMW has crafted this car with utmost care and devotedness. Not to forget, the basic 5-Series car is a market at $52,400.

There are plenty of powertrains available in 5-Series. Certainly, it has a comprehensive drivetrain, which equips gasoline, diesel, and hybrid powertrains. Whether you are in North America or admiring Alpines, you will get an engine of your choice in 5-Series.

The 530i comes with two configurations. The RWD is the standard configuration while the 530X is the all-wheel drive. It gets the same 2.0 L engine, but it is massively tuned. While in the diesel 530 you get the 3.0 L V6 engine. And this powertrain has 261 hp of power with 460 lb-ft of torque.

The 540i is the V6 gasoline version. It is a non-sporty powerful version in the 5-Series. The 540i Xdrive took 4.9 seconds to reach the 0 – 62 mph mark. And it topped the 140 mph on the track. The diesel version shares the similar specs but it is tuned to run faster. And it has the series best torque markup at 500 lb-ft.

Well, do not worry about the fuel consumption, as there is a hybrid version available which offers 31 mpg as combined fuel average.

The BMW 5-Series is one of the beautiful cars. Not only the cosmetics, it even has ample amount of aerodynamics. Well, a car with such a long production series would certainly have a highly improvised structure.

The front grille is as same as in most of the BMWs. But the bonnet design is certainly different. It looks quite sexy. But along with that, it implies a practical aerodynamics. This aerodynamics helps boost the performance of the ride. Especially, when it is about speed, these aerodynamics make air to play its role. The air works as a coolant for the engine keeps the ride low and give a push to the car.

Well, the cosmetics, it is really dramatic. It has amazing LEDs in the front and the back, wheels are awesome and even its glare is tremendous. It would not be wrong to say that 5-Series is the Diva of cars.

The BMW 5-Series is full of comfort and joy. Comfortable seats, interactive technology, and remarkable accent make the interior of this car special. The lowest trim in the 5-Series even gets the finest interior design.

The dramatic appeal of this car makes you love it. Besides comfort, there is even plenty of space for this car. Well, you might complain about the trunk. But the legroom is pretty sufficient. In a way, you can fit in 5 people in this car, including the driver.

Along with the standard arrangement, there are plenty of options available for the interior. Accent color, seat stitching design, stitch color, accent material could all be set according to your choice. Simple is that, the more dollars you pour in, the more pleasure you derive.

The 5-Series is pretty friendly. There is handful technology in this car. And all of that is pretty responsive. You get a touchscreen infotainment system with pretty responsive options. Further, the gear knobs and the commands of the steering wheel are easy to understand.

You would not have to bring in an expert to learn about the knobs in this car. Further, the climate control setting is even quite easy to adjust. You do not have to study the manual first to adjust the climate.

And the sound system is pretty awesome. The static BMW sound system makes you feel the song while on the road.

We have never heard about a BMW 5-Series crashing because of a technological failure. Instead, we have seen the BMWs jumping from one building to another, but the occupants remain safe. And for sure, you usually such scenes in James Bond. But not to forget, the BMW 5-Series is really like that.

The occupants stay safe in this car. And along with their safety, the driver gets numerous features to drive this car smoothly. Adaptive cruise control and electronic stability are the good examples of making your ride smooth. Along with that, there are numerous packages available for making your drive smoother. They enhance your handling as well as the road feel. Well, this all depends that how much spend on that.

It is pretty common that German cars get the competition from Germany. And everyone knows that German cars are certainly finest in the world. Do you know that why are there so many freeways in Germany than any other country in Europe? Because Germans believe that their cars would not roll over. Well, we have Audi A6 in the competition of BMW 5-Series. Well, it is really a bit hard to distinguish any difference between these cars. But because of a steady fan following, BMW leads this competition.

You have got money and needs to spend over something useful. Then simply go for a BMW 5-Series. Bet, you would love it for sure! On the other hand, you may want to check our take for BMW 6-Series.