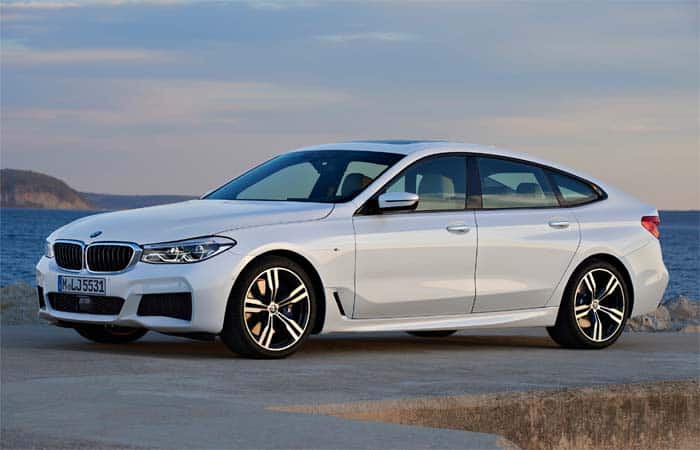 There are a number of luxury cars available in the present era. But just a few of them lie on the actual standards of the true luxury. Well, there are too many examples. But the good examples are quite rare. Even some good examples do not even sit in accordance to the standards of luxury.

Among the good examples of the luxury cars, we have this old fella, the BMW 6-Series. For the record, BMW 6-Series was introduced in 1976 as the successor of BMW E9. The production remained on for 13 years. But soon after 1989, the BMW 6-Series was discontinued. The 6-Series was one of the finest cars of its time. But it is exaggerated fuel mileage suppressed the economically depressed customers.

Soon in 2003, BMW reintroduced the 6-Series. The shape was heavily modified along with the performance technology. Though the performance received some acclaim, the exterior received a heavy criticism. And guess what, that was the criticism that drew a lot of traffic towards this car.

Well, in 2010 the production of the second generation was stopped. At that time, the design of the third generation began to produce. That was not the commercial production, instead, it was just the introductory design. In 2011, it was displayed at New York Auto Show along with the Shanghai Auto Show. Finally, in the beginning of the year 2012, the third-generation 6-Series (F06, F12, and F13) were displayed at Geneva Auto Show. In the same year, the car was launched in the market.

Presently, there are 4 cars in this series. The least of them is priced at $77,600. While the fifth car of the series will be introduced in 2018.

The performance improvements have enabled 6-Series to compete Audi and the Mercedes luxury series. While the previous generation was even capable of competing with its nationhood rivals. But this generation is certainly a class apart.

To remove that remedy, BMW has introduced the M6. While, practically speaking, the 650i is tuned less to make space for the M6. Well, she offers 553 hp of power with 502 lb-ft of torque, which is certainly acceptable for a V8 engine.

The BMW 6-Series is available as a convertible, a coupe, and sedan. Precisely that is the Gran Coupe. Well, BMW calls Sedans as Gran Coupe. What about the M6? Yeah, it is yet another Gran coupe from 6-Series. But theoretically, it could be the part of 6-Series. While practically it is considered as a wholly separate entity.

Well, when it comes to styling, just enlarge the BMW Z-series, and you will get a 6-Series. It looks sportier rather than a royal coach. And if you are looking for a fine design with excellent accessories, then go for the Alpina B6. That is indeed the finest model of this series.

Criticism is a part of media. The 6-Series has received a lot of criticism, and mainly it was meant to moralize the Voodoos. Like the rear design of the car has been criticized as the Bangle Butt. While Mr. Bangle was a designer of the BMW Z-Series, who left BMW before the reintroduction of the 6-Series.

From the inside, the BMW 6-Series is quite luxurious. Luxury is certainly the potent element in this car. If you prefer the base model, due to the price, you will still have ultra-luxury comfort.

Seats are pretty comfortable. The cockpit offers plenty of joyful moments for the driver. While the other passengers could enjoy their journey through the spacing made in this car. Above all, BMW offers customized interior for the 6-Series. You can choose from plenty of options to maneuver your cockpit, the seat fabric, and the accent material. Even there are plenty of colors through which you can appoint the colors of your choice to this car.

BMW has been very spendthrift in terms of the features of this car. There are too many features that you can enjoy while driving the BMW 6-Series. This all begins with the top-center mounted infotainment system. It is a pretty responsive system with amazing features on it. Apple CarPlay is one of the handiest features you find in this car. Along with that, you get the Amazon Echo to make your every fuel stop budgetary.

Well, navigation is awesome in this car. You would not have to reset the device to align the navigational sensors. Instead, it has a pretty aligned processor to make your every turn count.

The BMW 6-Series is sold throughout the world. And since it is in production, we have never heard of a mishap taking place with this car. Indeed it is one of the safest cars on the planet today.

It has ample amount of passive safety equipment to make the driver and the other occupants safe. Further, it offers plenty of driving assistive and passive safety features. Like it has the Active Cruise Control with the Stop and Go. It is a semi-autonomous system which helps you drive safely on jam-packed roads and thickly surfed alleys.

This German Bella gets a massive competition from its country. Like the Audi A7 is one of the rivals of the BMW 6-Series. But its closest competitor is the Mercedes Benz SL-Class. It has some similar performing schedule and a relevant interior. But the market rating of Mercedes is higher than BMW. And this makes SL-Class rank higher than the 6-Series. While, for us, both the cars are same.

You want luxury, peace of mind and joy, then 6-Series is the best choice. It has everything that can make all of your journeys remarkable. On the other hand, you may also want to check our review for BMW 5-Series.