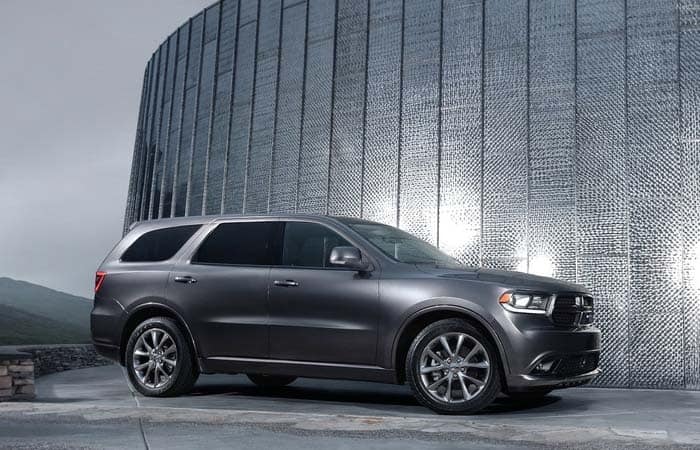 The automobile industry has captivated the off-road vehicles as the family runners. They are tamed so gently that the present day country riders even sip the fuel rather than drinking it. Even the hefty Dodge Durango has even learned how to save fuel.

In 1998, Durango was introduced as the enhanced version of the SUVs with urban drive capabilities. The design of Dodge Dakota was followed by the construction of this car. But later, in 2002, the Dodge Ramcharger was discontinued in honor of the Durango. Well, Durango is no way near the monstrous Ramcharger. But still, it replaces that beast.

That was the first generation that followed the disciplines of Dakota. While, the second generation was even the same, but it was bigger in size. And that is what made Dodge discontinue the glorious Ramcharger.

Significantly, the first two generations were just at par. As off road drivers of that time wanted something to endeavor driving abilities. But Durango was something to carry more amount of groceries. And finally in 2009 Durango was discontinued.

In 2010 Dodge launched the photos and videos of the third generation Durango. That was really not enchanting. But as soon as this car was released, it pleased a lot of driving enthusiasts. It is based on the monocoque structure of the Jeep Grand Cherokee. And even shares a number of performance details with Grand Cherokee. But it is Durango, with minimized off-road abilities.

Well, there are 5 trim levels of this car. And the cheapest trim level is for $29,995. The Durango SXT begins the league and the R/T finalizes it. For 2018 there would be the SRT as well. Now let’s go ahead and explore this car.

First thing first. The actual rating of an off-road vehicle depends on its performance. Well, the Durango was not that much spectacular in its first and second generation. But the third generation is the actual game changer.

Well, here you get the 3.6 L V6 Pentastar engine. It is one of the favorite engines of the GM. You will find it installed in almost every other vehicles from General Motors. Well, here this machine pounds 290 hp of power at 260 lb – ft of torque. The drivetrain is mated with the 8-speed 845RE automatic transmission. Well on a very fine day, we drove the V6 Durango across Texas. And we were able to reach 117 mph. While Durango V6 took 7.4 seconds to reach 0 – 60 mph. Well, such statistics are fine for an SUV.

In all these tests, both the Durangos were pretty decent in handling. It felt much like we were driving a city car. It was smooth, crispy and diligent. None of the turns went harsh on the steering. But at some countryside alleys, we felt some jerks. But above all, we missed the manual transmission.

Besides performance, the exterior design is even important while choosing a car. Especially, when you are choosing something that sits in the off-road class.

Well, the Durango just looks like another urban van from Dodge. While the Dodge Journey and Durango share a similar design. But Durango is certainly urbaner than Journey.

The Durango has LED head lamps, the Dodge signature grille and the fog lights in the front. While the rear lays the similar back as that in Journey. The base models come with 18-inch alloy wheels. While the upper trims enjoy riding over 20-inch wheels. Further, there are numerous enhancements available to beautify the exterior.

The most amazing thing about the interior of the Durango is its space. You get three rows to fit in 6 people, including the driver. And along with that, you get 64.5 cubic feet of cargo space with the 2nd and 3rd row down. Leather seats are standard, and these seats are fine for urban driving. Well, we even rode this car on the highway. And the seats felt comfortable there as well.

You would certainly miss fitting in the 7th guy. As you do not get any room for that. As Dodge utilized that space for the cargo. Well, you can list Durango among the freight runners rather than a passenger vehicle.

See Also: All you need to know about Driveless Cars

The 8.4-inch touchscreen infotainment system makes the driving a lot easier. It gives you almost a perfect detail for the navigation and traffic (North America). Ahead of that, you get a number of options for the entertainment. Music, movies, and sports, all are available in this Uconnect system.

Why make the rear passengers bore? Let them even enjoys some music and movies. You can get the 9-inch screens mounted at the back of the seats for the rear passengers. And the driver can get the most of the customizable driving cluster. You get a 7-inch display in the cluster with the options of music, fuel, and warnings.

See Also: Why Cars are Important And Why You Should Invest In One

Dodge has set up a number of safety and security parameters in Durango. The front occupants are covered with airbags from all sides. While the rear passengers even get a hefty amount of safety. Further, the structure has been designed in a way to reduce the impact of the collision.

The active safety features have parking sensors, adaptive cruise control, and braking assistance. Well, electronic stability is one of the common parts in active safety nowadays. And it is even included in Durango.

The wipers sense the rain by themselves. And they start wiping your screen automatically when it rains. Dodge did not miss out the blind spots. The Durango is available with the blind spot monitoring to reduce the chances of a hit.

The Jeep Grand Cherokee is one of the closest competitors for the Dodge Durango. Well, both are the products of the GM. But still, we will hold them up as the competitors. The comfort level is certainly the same in both of these cars. But the design and performance of Cherokee are far better than Durango.

But do not forget that Durango is a bit cheaper than Cherokee.