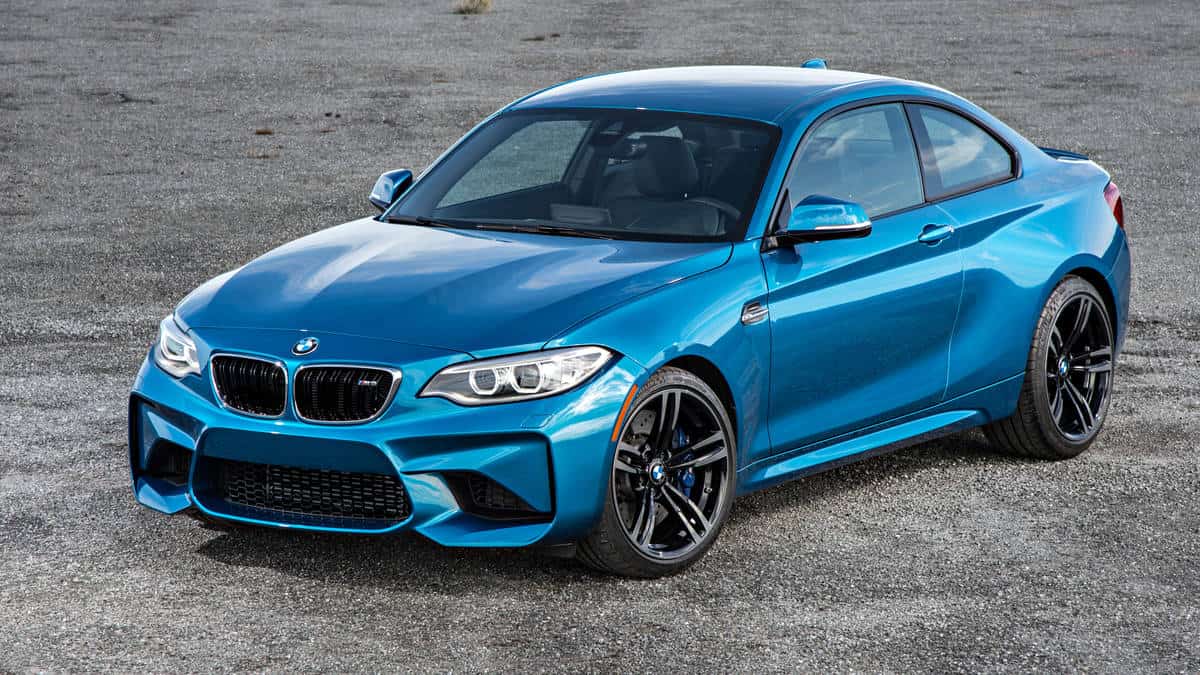 If a list of sexiest cars alive is to be created, then the BMW M2 owns a position in there. This handsomely crafted diva was debuted in 2016 in North American International Auto Show for the model year 2017. However, in Europe, this car went on sale in 2016.

At the launch, the car was credited to the BMW 2 Series. Though it is still the member of 2 Series, but the letter “M” brings it to the flagship of BMW Motor Sport. Somehow, the BMW M2 is considered the successor of 1 – Series M Coupe.

From the engine to the steering wheel, everything is well mounted in the cars from Germans. BMW has not just provided well-versed passenger cars, but its experience with the motorsports is even remarkable. BMW has won a number of competitions through its performance cars. Recently BMW has stepped into the world of EV and semi-EV (hybrid) car. The BMW i8 is one of the finest cars from the electrical series of BMW.

BMW has carried out a number of marketing campaigns for the M2. The TV ads for the whole BMW 2 Series went on-air during the Sochi Olympic Winter Games of 2014. Later in the next year, the M2 was franchised in the Need For Speed (2015). The franchising for this EA video game was done during the launch of BMW M2. At the same time, an advertisement campaign called Eyes on Gigi went on-air.

Well, marketing is always a part of the successful product. Undoubtedly, BMW M2 ranks among the finest cars in the world today. The BMW suggested retail price for M2 is $52,500.

Usually, the 6-cylinders are installed in V-shape in the engines. But BMW installed the 6-cylinders inline for the M2. The BMW N55 twin-scroll turbo engine powers this M2 with a 365 hp 3.0 L inline 6 – cylinder engine, rolling at 369 lb – ft of torque. The same engine, N55, with a different production series was used in BMW M235i Racing. But it rated 32 hp less than the one used in M2.

The drivetrain is mated with a standard 6 – speed manual transmission. But an optional 7 – speed dual-clutch transmission (DCT-automatic) is available for $2,900.

What do you expect from a German car? Agility, performance, beauty and handling. Everything is here in BMW M2. It’s smooth, quick and fast. The steering is pretty soft like rolling in the clouds. The drive feels exotic and full of passion.

And this all makes a number of automobile magazines to rank BMW M2 as Number 1 entry-level luxury contender.

BMW offers the M Driver’s package ($2,500); a training offered for 1 day. Yeah, yet another marketing campaign, but BMW ensures that you’d learn how to roll the BMW M2 through every kind of terrain and how. The performance centers are available in South Carolina and California.

There are a very few cars in the world today that have the handsome design. And, the BMW M2 ranks among them. Certainly, it won’t be wrong to say that M2 is one of the sexiest cars. Its advertisement campaign was certainly Eyes on M2 rather than Eyes on Gigi.

M2 has the standard BMW Split Grille with the badge on the top. The twin Bi-Xeon headlight looks much like sharp pointing eyes. The front bumper feature twin vaults that act as an additional coolant for its 6-cylinder engine. M2 has 5-dual spoke aluminum wheels as standard. The whole body ensure a 0.3 g of drag coefficient. Further, the BMW M2 has 50:50 power to body. Indeed it’s a pretty acoustic ride.

The luxury rich interior is standard in almost every car from BMW. Leather-appointed sports seats, carbon fiber black accent, M-sport glance in the interior are some common ingredients of the M2. The cabin ensures a sporty drive. The ducked sporty seat and inclined windshield gives a spectacular look. Rather, it’s another performing German machine.

The door row in this coupe is pretty spacious. 41.5 cubic feet of leg room is available for the driver and the passenger. M2 allows 4 people to sit in. Indeed they can sit comfortably in this diva. It was really a pleasant experience to drive the BMW M2.

The BMWs are full of features. A touchscreen infotainment system is standard. The Apple CarPlay is optional for $300. The system holds the functionality of BMW iDrive. Harman Kardon Premium Audio system is even standard for the BMW M2 in some markets. 12-speakers, 5 tweeters, 5 midrange speakers and 2 woofers are standard with the audio system. HD radio and the SiriusXM® Satellite radio with a 1-year subscription is even standard. Well, you even get a programmable DRL in the BMW M2.

The safety and security authorities have no issues with the BMW M2. There is plenty amount of passive safety available in this car. SRS, LATCH, HPS and a number of airbags on every side of the M2 are standard. The active safety features Tire pressure monitoring system, Advanced Real-Time Traffic Information, Anti-lock Braking system and impact sensors are the standard active safety features for BMW M2.

An Executive Package for $1,400 adds on the Rear view camera, Automatic high beam and speed limit info to the safety. It even adds an Active Driving Assistant feature which has lane departure monitoring, blind spot monitoring, obstacle monitoring and some other monitors. Indeed you get a sonar sensor for in the Executive Package.

Well, it has become pretty common for us that for a German car, we get the competition from Germany. The Audi S3 is one of the closest competitors of the BMW M2. At the first sight, we analyzed that S3 isn’t as fast as BMW M2.

Well, are you a driving enthusiast? Then feel the power and passion with the BMW M2.