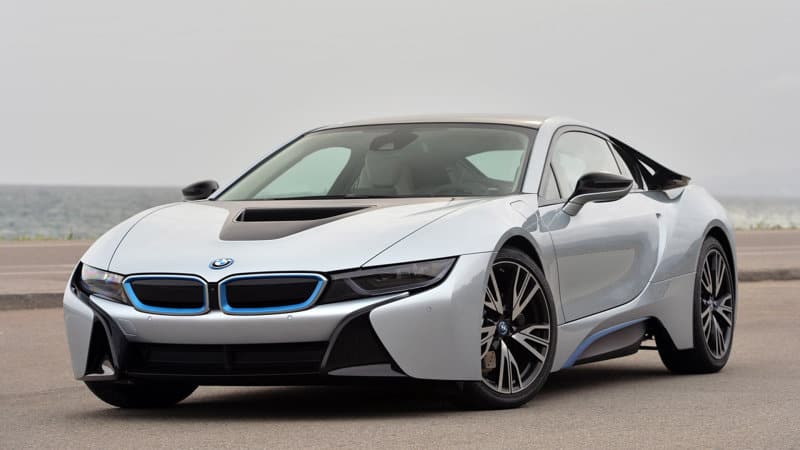 There may come a time when fossil fuel engines would be deemed as carnage machines. None of us will have any enthusiasm for the muscular and tempting rides. As the genre would flow the beats of electric vehicles.

BMW i8, a machine from the future is here to introduce the hassle free rides. Though it’s not a totally electric car, but it could be the base for the development of gas-less performing cars. This is the second model of the BMW “i” project. The other model is the BMW i3.

In 2011 BMW revealed the Concept Vision Efficient Dynamics in Leipzig. It was designed on BMW M1 Hommage Concept. Later after the successful release of the BMW i3 in 2013, the company went for the performance car i8.

A turbo-diesel concept car was revealed, before the introduction of “i” project in 2009. But later, BMW decided to go on with all – electric and hybrid cars, powered by gasoline. And this opened new avenues for the company.

By 2014, production of the BMW i8 started for the model year 2015. Initially, it was released in Germany. Following the European market, it was introduced in the North America. Until present day, BMW has sold more than 10,000 i8s.

i8 has even earned some awards for BMW. In 2012, it was pronounced as the North American Vehicle of the Year. In the very next year, it earned the Best Production Preview vehicle award. The electric powertrain, though not totally electric, has even earned some awards. In 2015 BMW i8 won the Green Car of the Year Award. The technology has even been an acclaim for BMW. World’s best car magazines have blogged on the technology used in BMW i8.

BMW i8 starts from $143,400 as basic. And the price will increase with the additional features you take in for your car.

Under the hood of BMW i8, we meet the 1.5 L inline 3-cylinder engine. The electric drivetrains are powered by a 7.1 kWh lithium-ion battery. Out of 7.1, the usable amount is only 5.2 kWh. The rest is utilized in the other functionalities of the car along with energy management.

This gasoline engine has 228 horses that run at 236 lb – ft of torque. Explicitly speaking, this is something what we even get with the urban performing gasoline engines. But this is not all. The powertrain is further powered by a Hybrid Synchronous Motor. It adds 129 hp of power and 184 lb – ft of torque. Ultimately, BMW i8 has 357 horses in total, with a torque of 420 lb – ft.

The electric powertrain can drive up to 15 miles. This has been ascertained through theoretical specifications of the car. On the track, it made 18 miles. Similarly, according to the company’s provided information about the car, it can make 0 – 62 mph within 4.2 seconds. Our tests revealed that it can make this acceleration within 4 seconds, just 0.2 seconds faster than what BMW said.

The combined range of the car is ascertained to be up to 330 miles. While using all the available modes of the car, the Comfort, Eco Pro, and Sports mode, we achieved 320 miles as an average combined range.

Overall, it’s a pretty fun-to-drive car. Performance is smooth, acceleration is sharp and speed has been electronically limited. Steering is even sharp, but when it comes to the braking, it could have been sharper. In short, it is good in terms of performance.

BMW i8 is designed on the BMW M1 Hommage Concept Car platform. The whole design is same, besides a few differences. Aerodynamics are heavily available in BMW i8. The lower front ensures that drag reduction is prominent. The side skirts and the roof have been designed to reduce the air friction. The design even ensures that the air friction, instead of resisting should support the performance of the car. The high rear makes the air to provide a lift to the car for increased acceleration.

The cosmetics include the conventional BMW grille design. Along with the badge of BMW, the project “i” badge could also be seen on the car. And the triple spoke alloy wheels are yet another beauty in the design of this car. The wheels have even designed to support the aerodynamics of the car.

Rather it won’t be wrong to say that BMW i8 seems much like influenced from a space shuttle. You just need to lift it in the air, and you get the UFO.

The cabin of BMW i8 is pretty electronic. A number of gadgets could be found sticking around the steering wheel. The steering controls are easy to understand and use. The seats have leather covering. They are much like the pilot seat, rather than a sports car seat. The hood is elegant. The available colors in the cabin are even quite adorable. Indeed, BMW i8 is full of luxury.

A number of features are available in BMW i8. And even three feature packages are also (optional) available for the i8. But let’s first begin with the center console. Further, the infotainment system has the 8.8” touchscreen. BMW i8 powers the system. Heads up Display, BMW apps, 20 GB storage for music media and some other enchanting features are available in BMW i8. The steering console has even got the 8.8” cluster screen.

There has been a lot of trouble with the safety of the electric and hybrid cars. Most importantly, the batteries are vulnerable. But as far as BMW i8 is concerned, there has been no safety lack discovered in this car. It abides by all the passive safety measures. Also, there are ample amount of airbags available in the car.

Radar sensors, cruise control, tire pressure monitoring system and pre – collision resistors are available in BMW i8. Along with these, there are a number of other features available as well.

Tesla Model S takes a higher position than the BMW i8. First, Tesla Model S is an all – electric car. Secondly, it bears a cheaper price tag. It has more space, as it’s a sedan. But when it is about performance, then Tesla Model S does not match BMW i8.

BMW i8 is an exquisite option if you are looking for performance and fuel economy. This car is heavily priced. However, it gives a lot of features at this price. In conclusion, it is definitely a good car when it comes to features and specifications.