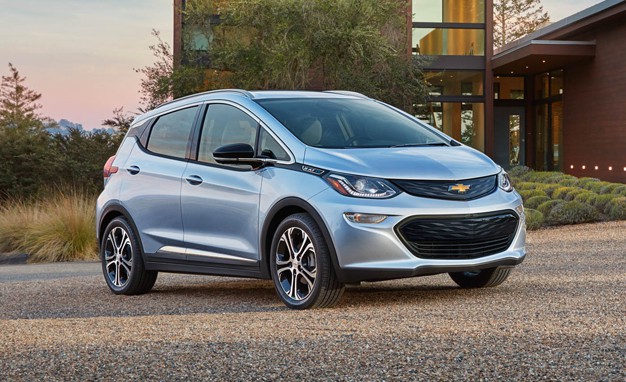 How would the world look like if there are no fumes exhausted by the cars? Won’t it be lovely to have a cleaner atmosphere with fresh air around? Definitely, it would be something like heaven, a true green earth. This is what the Electric Vehicles (EV) can do.

Almost every other automobile manufacturer today brings up an electric vehicle. Some call it leaf, some resemble it to nature and some purely call it “derived from electricity”. Same is done by Chevrolet.

The Chevrolet Bolt EV is a combined effort of Chevrolet and LG Electronics. For the first time, it was displayed as a concept car at the 2015 North American International Auto Show. Soon after that even the company showed its intention to launch the car. Around 50 handbuilt Bolt EVs were tested to make sure that they deliver the best to their drivers and passengers. Soon in 2016, Bolt EV was displayed at Consumer Electronics Show as a consumer version. Chevrolet announced that by the end of 2016, Bolt EV will be available in the markets.

Since November 2016, that Chevrolet Bolt EV has been made available for the consumers. It has won numerous awards, within just a few months of its life. It has been pronounced as Car of the Year for 2017 and Green Car of the Year. Bolt EV has even be listed in the Best 25 Inventions of the Year of 2016 by the Times Magazine.

Chevrolet suggests its starting retail price be of $37,495. There are two trims as well for the Bolt EV; the LT and the Premier. Some additional interior and safety packages are even available for the Chevrolet Bolt EV.

The Chevrolet Bolt EV is powered by a 150 kW permanent magnet motor. This drivetrain is mated with an Electronic Precision Shift (EPS). The overall rating of the drivetrain is 200 hp at 266 lb – ft of torque. The drive configuration is the front – wheel – drive only.

288 cells, 60 kWh lithium-ion battery is installed in Bolt EV. The battery has been produced by LG Electronics, in South Korea. Besides the home and mobile appliances, LG Electronics has even shown its skills with the car batteries.

The drivetrain is pretty smooth and responsive. Bolt EV reached the 0-62 mph mark in just 6.5 seconds. Well her track best is 91 mph. We were pretty satisfied with its driving range. The Environmental Protection Agency suggests that Bolt EV’s drive range is 238 miles. Our mixed test, in city and highway, revealed that the mix driving range is close to what has been suggested by EPA.

Another bestie we found in the Bolt EV is its charging abilities. It didn’t take long to charge Bolt EV with a new charger. In one hour we got exactly 25 miles and the same charging time has been narrated by Chevrolet. A DC charger is available for the charging which can fill up the batteries for 180 miles within an hour.

Indeed the Bolt EV is a fun-to-drive car. We didn’t actually meet such a smooth car in its class, which could ride so softly and gently. It was pretty quiet and agile. This is certainly a passage to the mass development of the electric vehicles.

The Chevrolet Bolt EV is a sharp looking hatchback. The design looks pretty simple, but it has some good amount of aerodynamics in it. It has a drag coefficient of 0.308 and has subtle power to resist the air.

Though hatchbacks usually don’t have a much detailed application of aerodynamics. But we find it pretty active on the Chevrolet Bolt EV. It is certainly the surety of a comfortable and smooth ride. And indeed this aerodynamics plays a vital part in the performance of the car.

The ride height is quite low. And this helps in letting less air pass beneath the car. The body sides and side skirts are indeed just a graphic for the car. But actually, they wave-off the air which bothers the performance of the car as air friction.

Bi-Xeon headlamps are installed in Bolt EV along with the LED DRL. The taillight even has an artistic LED design

At the first sight, Bolt EV looked like just another hatchback to us. Instead there is plenty of space to play with. Though it looks tiny, but it has ample space to fit in 3 passengers and a driver, which makes 4 people. Along with that, there is enough space to put your belonging.

Actually, Chevrolet has appointed the interior in a very fantastic way. It is a small car, but it doesn’t look to be. It doesn’t have to be full of leather and wood, instead, the ideal interior design is one that offers maximum comfort.

At the rear, there you even get ample amount of space to carry your groceries and other stuff. This EV is not congested. It’s all spacious.

The Bolt EV has a 10.2-inch touchscreen infotainment system. It has the support of Apple CarPlay and the Android Auto. Further, it even tells about the functionality of the car and even displays its performance credentials. Next, we get the 8-inch digital gauge cluster. It is yet another electronic feature of the Bolt EV. And the amazing thing about this gauge cluster is that you can customize it and can even change its theme. The 4G LTE Wi-Fi is even available for the Chevrolet Bolt EV.

The safety authorities usually complain about the batteries of the EVs. But in the case of Bolt EV, there hasn’t been any such record. Further, it has ample amount of passive safety measures. And when it comes to the active safety, the Bolt EV has lane monitoring, rear cross traffic alert, obstacle and forward safety alert. You can even get the Onstar Automatic Crash response and advisor for your car.

The Volkswagen e-Golf is the closest competitor of the Chevrolet Bolt EV. But what could make Bolt EV better than e-Golf? This American beauty has more power and drive range than the e-Golf. And even it is more fun to drive.

Why just go for a gasoline powered car that could ensure budget and comfort? Why not come to the Bolt EV which certainly requires nothing from your wallet, besides its own price?