Cadillac CTS-V is a mid-size lush and best version of the Cadillac CTS franchise. The letter ‘V’ represents high power Engine with characteristics of Pushrod OHV V-8 and a sport-tuned suspension mechanism in it. Cadillac “Catera Touring Sedan” CTS comes with standard 4-cylinder engine and optional V6 engine. But CTS-V has a V8 engine, it means it has more power, more acceleration and more speed as compared to the other models of CTS. It was introduced in 2004 for the model year 2005.

Cadillac CTS-V went on to compete the German sports variants. CTS-V got an upper hand in the competition because of its economical price.

The Cadillac CTS-V is in its third generation. The first began in 2004 till 2007. That generation holds a record of 8 minutes and 19 seconds against the German competitors in Nurburgring. Soon in 2008, the second generation was launched which ended up in 2015. This generation was 0.6 seconds faster than the previous one.

In 2015, General Motors unveiled the third generation of Cadillac CTS-V. With many advancements and technical changes, it is the most powerful car of the Cadillac Franchise. Reverberation and popularity have been witnessed for CTS-V; especially in the Commonwealth countries and they acquire it very much. Although, American are not only the pioneers, but also the assembler of CTS-V. 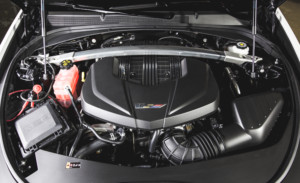 Cadillac CTS-V comes with the 6.2 L V8 supercharged engine. It is the most powerful engine of the CTS family. More or less, Cadillac CTS – V is considered to be a Sedan version of Chevrolet Corvette. It is because both of the cars share the same V8 engine. CTS-V just lacks 10 horses and 20 lb – ft of torque as compared to Corvette.

Light weight components are yet another postulate of this car. CTS-V has a weight of 4145 pounds. At an average, the weight borne by the cars of this class lies somewhere around 4,200 – 4,500 pounds.

Well, what Cadillac says is 3.7 seconds for CTS – V to embark 62 mph. But the tests reveal that she can reach the mark of 62 mph within 3.6 seconds. In such a situation, you won’t miss the manual transmission.

The engine performance does make it a monster. But the giant Brembo Brakes make it a gentle city rider. The test results revealed that CTS-V can stop from 62 – 0 mph within 132 feet. That lies amid the best results of the tested cars of this class.

When it comes to the fuel, the CTS-V has some hefty outcomes. As compared to the rest of the cars in this class, CTS-V may lie at an average rating. You can get an average EPA of 17 mpg from this car.

It is a front engine car and is available in rear – wheel – drive configuration only. 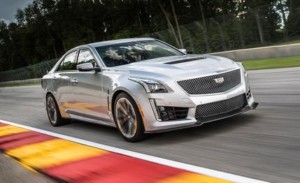 Its exterior looks very graceful. The design certainly shows that it has been crafted very precisely. Every inch of the design depicts aggression and muscle.

Carbon fiber has been extensively used in the design of CTS – V. The bonnet hood is the finest example of carbon –fiber usage. A Hood release system for controlling the hood is installed in CTS – V.

Well, Carbon – fiber allows CTS – V to be light weight. Some additions of aluminum components are even helpful in weight reduction. This is where CTS – V gets the high score. As its competitors weigh around 500 pounds more than her.

The durable bumper and stylish lights make it dashing. The headlights have the good luminous intensity which helps in increasing agility for drivers to see objects.

It is available in different shades of crackle colors. 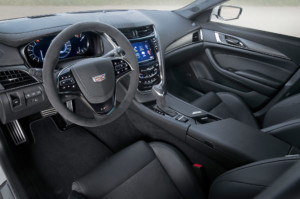 The CTS-V has the luxurious Recaro® Performance Seats. The seats are automatically adjustable. The interior offers seating for 2-4 passengers with along with the driver. Seats are covered with leather and fabric material with feelings of luxuriant.

CTS-V features the incredible Bose® woofer amplifier system which produces a pleasant sound. The system has no distortion. Moreover, there is no outside noise in the car. Front screen and windows glasses are very clear. The passengers can enjoy the outer view quite visibly.

By applying less force driver can steer the car. The steering wheel can be adjusted accordingly. A wonderful speedometer with different scales is attached in the upper side of steering. 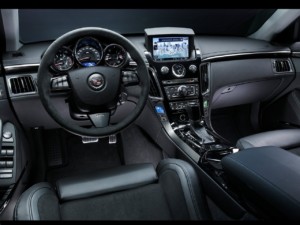 The CTS-V has the 8-inch touchscreen infotainment system powered by the Cadillac Signature CUE system. There is too much to complain about this system. And it has been even criticized in the other cars by Cadillac. In short, it is one of the low-performance car infotainment technology in the world. But Cadillac stills sticks to it. While the performance of the screen is better because of its improved processing capabilities. Further, Apple CarPlay is available for the CTS-V.

Head-up display is available in the car. Performance Data and Video Recorder is optionally available in CTS-V. The system is actually borrowed from Corvette. It records the lap which can be watched on smartphones and computers. 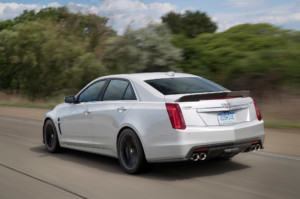 There a number of active safety features in CTS-V. Being a performance car, an additional number of safety packages are required. CTS-V includes Lane Change Alert, Rear Cross-Traffic Alert, Side Blind Zone Alert and a number of other features.

When it comes to the passive safety measure, then CTS-V is fully equipped. It has ample amount of airbags and enough technology to deploy them. 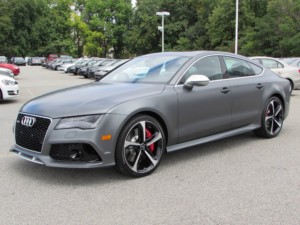 There are many competitors of CTS – V. Mainly those are from Germany. The most relevant competitor is Audi RS 7. The premium model of RS7 lie close to the CTS-V but it lacks some performance. And when it comes to the price, CTS-V is cheaper in terms of the technology offered.

As far as performance is concerned, CTS-V is offering a vital combination of components. And when the price is considered, it has an economical price tag. Consequently, it is could be a wise choice.