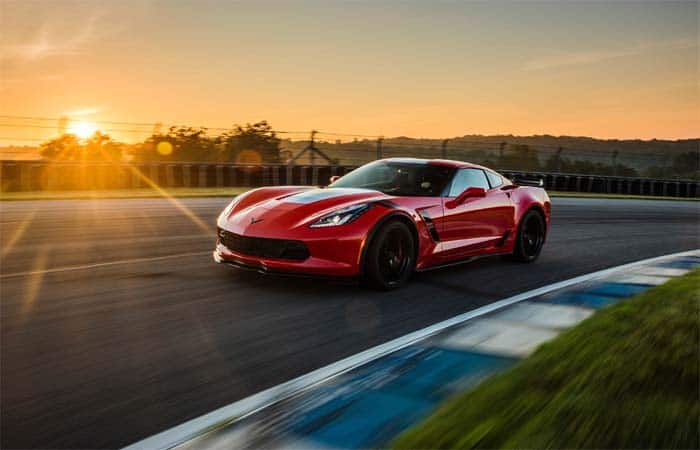 The second generation Chevrolet Corvette included a special edition. It was the Grand Sport. In 1962 it was decided to launch 100 Grand Sport Corvettes. But due to some reason, only five of them were produced.

Chevrolet is certainly reviving the Grand Sport. The designs and colors of the 1960’s Grand Sport have been offered for the present edition. Along with that, a Collector’s Edition package is even available for the Grand Sport. This includes the improved exterior and interior design. Well, Chevrolet planned to only produce 1000 Grand Sport Collect Edition cars. But the lack of response led to a production of only 935 cars.

The Chevrolet Corvette Grand Sport is available in 6.2 L V8 LT1 engine. This is one of the renowned drivetrain technology of the Corvette series. Well, in the Grand Sport, this engine is capable of making 460 hp of power with 465 lb-ft of torque.

With the manual Grand Sport, we were able to reach 0 – 62 mph in 3.6 seconds. In repetitive laps, the score remained the same. Even the Performance Data Recorder gave the same result.

Well, with the automatic one we were capable of reaching 199 mph on a proving ground. Unlike the other automatic transmissions, this one is way better. The shift timing is perfect and the lag between the shifts is minimal. Certainly, it is just a replica of the manual transmission. Does not matter, whether you go for the manual or transmission, the performance would remain similar.

The steering response is quick. Even after turning off the stability control, the steering remains almost the same. Further, the Large Brembo Brakes are standard for the Corvette Grand Sport. They are pretty efficient in stopping this car. While an optional Z01 sport braking package is even available with larger brakes.

The Whole Chevrolet Corvette series has a remarkable exterior design. Especially the aerodynamic extension has been maximum utilized. All begins from the front grille which helps the engine to cool down. It lets the useful air come through which helps the radiator in cooling the engine block.

The hood and the fender vents help in exhilarating the heat from the engine block. The massive V8 engine of the Corvette Grand Sport gets equal attention to stay cool and productive. Some of the design is brought down from the Corvette Z06. Like the spoiler at the rear has been borrowed from Z06.

The front wheels in the Corvette Grand Sport measure 19-inch. While the rear wheels are of 20-inch. Further, there are five different wheel designs available.

The Chevrolet Corvette Grand Sport has got a bold interior. Nappa Leather seats, aluminum and carbon fiber trims and hand stitches color nodes make the interior look beautiful. Though, it is an aggressive sports car. But from the inside, she is just another Bella.

It is a two-passenger car. Only a driver and a passenger can sit into it. While the rest of the other would have to stare at it from outside.

As like all other Corvettes, the Grand Sport is even full of features. It has the 8-inch touchscreen infotainment system powered by Chevrolet MyLink. Further, it has SiriuxXM satellite radio, telephony, and navigation. Well, in some locations navigation is included in the package. While in some other, you will have to get it optionally.

The 8-inch driver’s cluster is included in this car. Like all the other Corvettes, the Grand Sport even features the Performance Data Recorder. Well, we even utilized this feature while recording our 0-62 mph time.

The other options include 4G LTE, smartphone connectivity, and versatile climatic control system.

Sports cars are always at risk. The high speed causes many accidents than the decent slow speeds. Well, there is numerous safety equipment in Grand Sport. Along with that, there are even some features that help the driver to keep the people on the road safe.

The Chevrolet Corvette Grand Sport employs a number of airbags to protect the driver and the passenger. And the next you get are the elastic seat belts. These are stretchable and easy to wear. Well, that is enough for passive safety. Rest, the response should be quick in case of an impact.

The active safety features of this car are even commendable. It features almost every such thing that can help the driver drive safely. Like the performance traction management system, which makes the handling of the car easy. It responds according to the surface and adjusts the suspension to ensure softer and quick handling.

Well, you even get the active handling stability control feature. This lets to steer your car with agility. The traction control adds more fuel to the stability of the Corvette Grand Sport. Further, the adaptive cruise control and the rear vision camera are even available in this car.

The Corvette Grand Sport is a good option for sporting. It is powerful, agile and full of passion. And even it has a cheaper price tag as compared to its competitors.