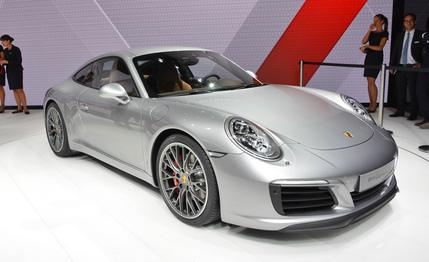 Some things are evergreen. They stay fresh forever. But there are some that lose their worth with time. And there are even some that are just refreshed from the top, but inside they are the same.

The Porsche 911 Carrera is one of the oldest car series still alive. Most of its competitors have been discontinued. But this car has strived in a number of forms, with a number of drivetrains and under varying titles. While the 911 Carrera has remained fresh since its first launch. Indeed this car is truly a legend.

The prevailing competition has made Porsche revise some mechanics, cosmetics, and cabin of this car. Especially, the performance rides from the Porsche’s origin country and America has made the company to revitalize this car.

991 is the production title of the today’s Porsche 911 Carrera. The present day models were introduced at the Frankfurt Motor Show in 2011. Later by 2015, the 991-series entered its second generation. In this generation, the powertrain of the car has been improvised to a major extent. Though the cosmetics and comfort level of the car is still the same, but there even is some improvement made.

When we move to the next level, we meet the same drivetrain but a different powertrain. Here this 3.0 L boxer-6 engine is tuned to deliver 420 hp at 368 lb – ft of torque. This is the most powerful powertrain available in the Carrera series. And even it has been the best notch for the year 2017 from Porsche.

In our tests, we first drove the Carrera S with a manual transmission. This 420 hp car is capable of doing 191 mph. It took 3.9 seconds to launch from 0 – 62 mph. But this was all possible with the manual shifting. When we jumped into the PDK automatic Carrera S, the environment went a bit slow. Carrera with this transmission system has the same top speed, but she is 2 seconds slower than the manual one.

Porsche has distinguished the 911 Carrera as a sports car as well an errand runner. The handling of the car is pretty smooth. Especially, when you are driving in the city, 911 Carrera won’t trouble you while taking a turn. Then the braking is quite sharp. It was pretty easy and quick to stop this car.

The Porsche 911 Carrera has the same exterior design as it had in the last generation. A bit of aero and autodynamics have been revamped. The rear grille has been redesigned to allocate more space for the engine exhaust. The front fascia has received a facelift along with the rear of the car. Further, autodynamics have been improvised for the better stability. The front has got an automated grille which expands the column of the traction and stability. While at the rear, an automated spoiler has been added to balance downforce on the car. Though this spoiler was already there on the 911 Carrera, for the year 2017, it has been reshaped.

Well, the 911 Carrera is quite luxurious from inside. The interior comes with sports leather seats, leather trim accents, leather-wrapped steering wheel and the gear knobs. The optional features include Sport-Tex seats, power sports seats, auto dimming mirrors, rear footwell lighting and some more. In addition to that, the sports steering wheel is even optional for the 911 Carrera. While Alcantara®, wood, carbon fiber and aluminum trim accents are even optional for the car.

The 911 Carrera features a touchscreen infotainment system. In the base models, the system acts like a music amplifier. But the upper trims have more options for the system. Well, the Climate control panel is optional for the 911 Carrera. Further, the Bose and Burmester sound system is even available for the car.

The 911 Carrera has been satisfying a number of its drivers since long. The safety standards of this car have attracted a number of people towards 911 Carrera. Besides the passive safety features, this car has adaptive cruise control and lane monitoring available for the active safety.

See Also: The Top 10 Car Brands In the World List

The Chevrolet Z06 is the competitor of 911 Carrera. The Corvette Z06 is refine, sharper and responsive. It has plenty of features for its drivers and the passengers. Its performance, as well as ease in driving the car, has attracted a number of people.

But still, the Porsche 911 Carrera is not a bad choice at all. It is quite smooth, prompt and comfortable. Though Porsche lovers won’t let this baby go away, the young drivers would need a word from mind to drive this legend. In conclusion, it is a worth-buying car.