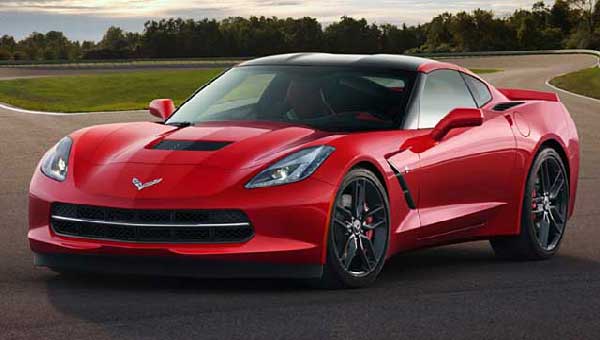 The concept of “cool cars” is a relative one, as it can depend on a person’s culture, their level of education and, of course, their income. Therefore, what some might assess as a “cool car” can be seen as an average car, an exotic car and even a ridiculous one by others. We will refrain from making universal assumptions throughout this article. We will only present some cars that have become popular enough to be considered as cool to have.

Among them are all-time classic Ferrari, Chevy Corvette, Cadillac, Bugatti Veyron, Lamborghini Huracan, Jaguar and any Aston Martin model. We have pictures of the coolest cars in the world, hope you enjoy it!

This traditional American car was first built in 1902 by the General Motors giant and today, more than 100 years from its beginnings, sales are still considerably high. This is mainly due to the fact that the car has become a legend and a standard when it comes to beautiful luxury vehicles.

The older models are actually a tad more popular than the newer ones, which is why many consider having an old Cadillac cooler than owning any other modern car. The classic 1948 car, the Cadillac Eldorado, the Cadillac Deville – are all models that have been featured in numerous Hollywood productions and that are auctioned at staggering prices nowadays.

Newer models are also pricey, but nonetheless breathtaking. The Cadillac Ciel is a new, hybrid concept car that attempts to challenge all the other previous models.

Without a doubt, Ferrari is a most beautiful and exquisite car that has ever been made so far. Ever since its beginning, this Italian manufacturer has managed to make quite an impression on the car industry, through the models designed, as well as through its involvement with Formula One.

If older models are predominantly reminiscent of car racing, newer ones (starting from the seventies) are breathtakingly universal, in the sense that there is virtually no objection one could bring a Ferrari. Performance is as high as it could get and design is luxurious, unique and incredibly impressive with each new model.

The 458 Spider and 458 Speciale feature V8 engines that guarantee 100km/h in 3.4 seconds, whereas this more recent, highly-praised LaFerrari has a V12 engine that guarantees 200km/h in less than 7 seconds. This hybrid car has caused a lot of rumor in our car world, as it was only manufactured in 499 exemplaries and sold to an exclusive list of buyers.

Another legend when it comes to cool cars is the American Corvette, manufactured by General Motors in the US. The first model to ever be constructed came out in the early fifties and was a convertible that revolutionized our car world.

Ulterior generations of convertibles were equally appealing, but a grandiose market entrance was made by the Sting Ray, model that is still being manufactured today.

The 2015 sports car is “a beautiful combination of brilliant engineering and purpose-driven design that’s available in both coupe and convertible”.

A car similar in performance to Ferrari or Lamborghini is world-famous Bugatti. The discontinued model Veyron was named “car of the decade” by Top Gear presenters. But recent models are also delightful: the Grand Sport and the Super Sport are among best-received cars of our times. Elegant, powerful and aerodynamic, the two models are everything a petrolhead could wish for.

Basically, any Lamborghini car is a really cool car. However, our top preference is Huracan, replacement of former Lamborghini Gallardo. Everything about this car oozes perfection: a 5.2-liter V10 unit, 610 horsepower, electronic control for AWD system, ceramic brakes and a dynamic steering.

The car is meant to outperform the famous Ferrari 458 and McLaren 650 S. Once you get to know this car, it becomes quite lovable.

Overall reviews are positive and some even claim that this model outdoes the Gallardo, one of the best-sold cars of this century.

Whoever has a little bit of knowledge in British car district knows that Jaguar can be a really cool car, in spite of being more…let’s say…conventional.

A definitive proof of luxury in its purest form, Jaguar F-Type amazes its drivers with innovative, yet classic design and the well-known Jaguar performance. Both the coupe and the convertible are reminiscent of older models, but manage to amaze car lovers everywhere with a certain distinguished air that is not to be found with other Jaguar models.

In order to give credit to yet another classical British car manufacturer, we will briefly mention our last choice in terms of cool cars, Aston Martin Vanquish


“The ultimate Aston Martin”, as its parent website names it, this celebratory centennial model promises to be one of the best so far. It’s hard to portray an Aston Martin better than ones previously designed, and yet their company makes a pledge of a new and improved car. The V12 engine (the most powerful so far), as well as the incredible top speed, attained (200mph) and Touchtronic III ZF eight-speed automatic transmission definitely make it, if not the best Aston Martin so far, at least one of the most impressive.

Hope you liked our collection of cool cars and the pictures of these coolest cars in the world for 2014 list. Let us know your comments and share this article with your friends.