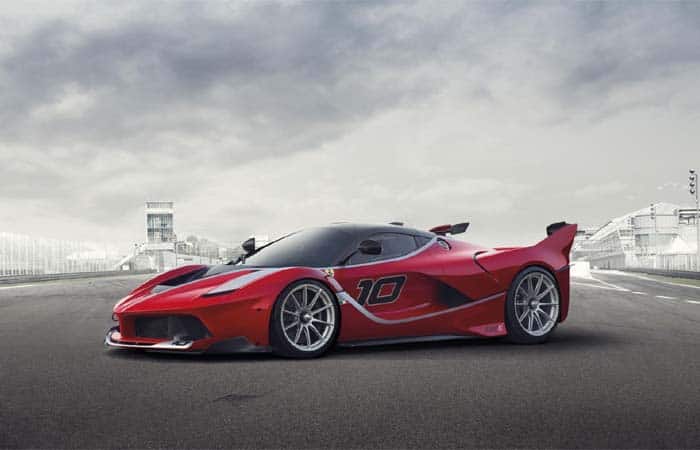 There are too many types of cars. Some are the errand runners that take you to the office, bring grocery and often take your friends and family out for a pastime. Then are the commercial vehicles. This is the class of businessmen and the employee cars. They work as ambulances, police cars radio vans and do many other chores.

This is the luxury, grand tourer, and the sports cars. These are the special purpose cars. But among these classes of cars, there is an exclusive type that is pretty rare. They are produced and seen less. They are like the artifacts that are hard to find.

Such is the example created by the Ferrari’s finest LaFerrari. The LaFerrari was introduced in 2013 as a replacement for the Enzo Ferrari. As like its ancestor, it is even a limited production car. But it incorporated some new ways that Ferrari had never been using before.

Well, it is the first ever hybrid Ferrari available. Besides its natural power, it even implies some electric power, which increases its output. The hybrid tech is commonly used to save fuel. But Ferrari has used this technology to robust the powers of its cars.

The concept was revealed in 2011 at the Ferrari Museum. Two years after that the vehicle was introduced for the commercial sale. But only a few cars were launched.

The LaFerrari was available for the Coupe only. The coupe is discontinued in the year 2016. and a convertible (spider) was launched. The Ferrari FXX K is based on the concept of the LaFerrari. Its hybrid powertrain inspired the production of the track version FXX K. Not to mention, it has more than 1000 horses in its engine.

Supersonic sports cars are pretty common. Even, some have the ability to speed up to Mach mile. But the hybrid tech sports vehicles are certainly pretty rare in this era.

Ferrari has set up a footprint for the future after developing the LaFerrari. It not only utilizes the power of its gasoline engine, instead it even takes up some power from the electronic mechanism. The LaFerrari has the 6.3 L naturally aspirated V12 engine. This engine has a standalone power of 800 hp with 520 lb-ft of torque.

Besides the natural power of the engine, there is even a boost up power available in the LaFerrari. It is not the Nitrous boost. Instead, it is the electric power. And obviously, an electric motor generates it. The LaFerrari has the Kinetic Energy Recovery System (KERS). The Formula-one uses this concept.

The kinetic energy is stored instead of wasting. And the KERS stores that energy.

The electric motors coverts the stored energy into. This system adds in 163 hp of power and 144 lb-ft of torque. The total rating of the powertrain equals to 963 horses at 664 lb-ft of torque. In this way, the LaFerrari becomes the most powerful V12 car in the world.

The LaFerrari comes with a 7-speed dual clutch automated manual transmission. The gearing ratio is excellent and they add up some more fuel into the performance.

Indeed, the LaFerrari is the complete driving enthusiast package. It has plenty of power with excessive performance capability.

The LaFerrari has a pretty exotic exterior design. This car shares some details its design with the Ferrari FXX-K and the Enzo Ferrari. The front design is much like jetfighter nose. And the rear has a unique landing.

The aerodynamics are really quite fantastic on this car. It carries one of a superb aerodynamic setup. The bumper is wide open to provide sufficient cooling potential for the engine block. The bonnet has twin slot hood to wipe out the hot air from the engine.

The front design deviates a lot of wind moving away from the car. The car feels quite soft and agile on all the speed levels. The roof passes some air to the back. And it slides down to the rear to follow a comprehensive downforce.

The LaFerrari has a sporty interior. Along with the sports amenity, there is even a touch of luxury in this car. The seating is spectacular and comfortable. And these are actually the sports seats. Further, the interior appointment is amazing.

Well, you would not miss out anything in the interior of LaFerrari. Leather and carbon fiber are the major ingredients for the accent trims. By the way, it does not have a royal touch. But it has the immunity of the exotic interior catalog.

Along with the stock interior ingredients, there are even a number of optional material available. Further, you can choose interior colors according to your choice.

Why would you need the tech toys when you already have performance and a top-class interior? Even when the exterior design is full of spectrum performance, then why would you long for an infotainment system?

But do not worry, LaFerrari has got one. It is behind the steering wheel, like the usual Ferraris of nowadays. Well, music, telephony, and navigation are available for this car. Nothing much optional is available in the tech details.

See Also: Cool Cars & Pictures Of The Coolest Cars In The World 2014

The LaFerrari’s safety had never been on a stake. And we have never heard the LaFerrari’s safety has betrayed. Well, this is all because Ferrari has got in some good passive and active safety features in this car. Along with that, there are some security features available as well. Besides the airbags and belts, there is cruise control, stability and traction control and braking assistance.

The safety is not much comprehensive, but it is enough to keep the occupants safe. And not just the occupants, the outsiders are even safe as well.

See Also: The Top 10 Car Brands in The World List

The fast, epic and exotic LaFerrari gets the competition from its homeland. It is the Lamborghini Centenario, another V12 supercar that challenges LaFerrari. Well, Centenario is a good performer as well, but it does not get close to LaFerrari.

The LaFerrari is the choice of enthusiasts. It has everything that a supercar and an exotic car should have. In a way, it is a perfect grand tourer.