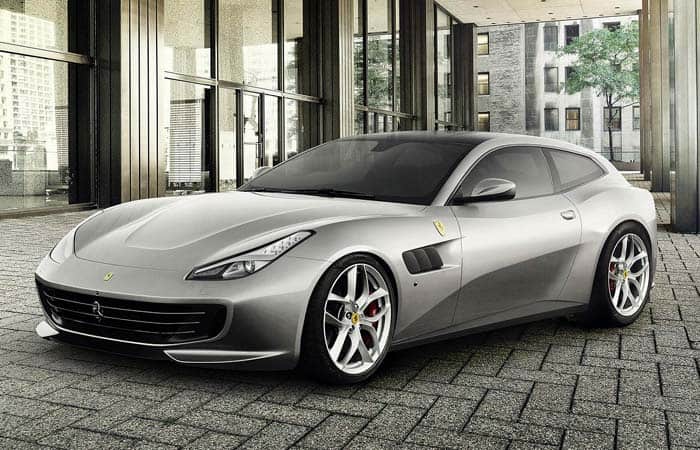 Aggression, terror, and wrath are some basic characteristics of a monster. But when you start taming one of them, it becomes modest. Well, in the reality, you cannot really tame a monster. But in the world of cars, it is pretty commons that monster is tamed and presented as the Divas.

The GTC4 Lusso is an extraordinary example of the hypercars. Its drivetrain, performance and the exemplary ride is none less than a wonder. But such cars have a pretty slow response in the market. And when it is about building up a market structure, it is obvious that you will have to bring in a hot cake.

And that is why, the Ferrari introduced the GTC4 Lusso T. It is an underpowered version of the GTC4 Lusso with a smaller engine, less power and just two wheels to drive. While the structural design is same as the major version. And even the handling capabilities are same as the GTC4 Lusso.

The T was introduced in 2016 during the Paris Motor Show. Following its successful introduction, the car was released in the market. Well, this underpowered Lusso is almost $40,000 cheaper than the major Lusso. While the available add-ons could help you go closer to the base price of the upscale version.

If the Audi Based Lamborghini can launch a hyper-SUV. Then Ferrari definitely needs something to stay active in the market. And the GTC4 Lusso T is really a plausible solution.

The downscale versions are usually taken as the lethargic ponies. They are not considered as the steed horses that can run in every battle. But sometimes, the reality is a bit different than it appears.

This is what the Ferrari GTC4 Lusso T has proved. Indeed it is a downsized version with a 3.9 L twin-turbo V8 engine and only rear-wheel-drive. But it has some relentless power to show off. And along with that, it even saves some fuel as compared to its elder sibling.

The GTC4 Lusso T offers 602 hp of power with 561 lb-ft of torque. For a V8 car, these are certainly some spectacular specs. Well, the Lusso T even gets the 7-speed manual transmission, like its elder sibling.

When it comes to the fueling, the Ferrari GTC4 Lusso T is able to save some fuel. Well, as per our tests it is 4 mpg efficient than the V12 Lusso. This is all because of its downsized engine. But 4 mpg is not that cool saving. Even when 4 cylinders have been reduced, still it gives out 4 mpg. Well, this is because of the twin-turbo that takes in some energy that equals it to a V10 engine.

Alike its upper version, the GTC4 Lusso T even features the 4-wheel steering system. And even the handling capabilities are sweet like the standard Lusso. Ferrari has just reduced the engine size of this car, but it has kept the remaining equipment same. Certainly, we enjoyed the overall ride of the Lusso T. It is indeed full of pleasure and a wonderful grand tourer. It could be the choice for those grand tourer lovers who prefer saving some fuel as well.

The Ferrari GTC4 Lusso T carries the same design as its upper version. The front end and the rear have the same structure. The aerodynamic application is even same. And the fender vents are also at the same position. Even the 20-inch alloy wheels are same. But there are some different wheel designs available.

Well, the whole difference that we have encountered is in the reduction of weight. The Lusso T is almost 110 lbs lighter than the upper version. And this weight reduction has also helped in maintaining the performance of this car.

Seems like Ferrari is trying to join the commercial market of the general consumers. It brings down the similar interior design of the Lusso to the downsized version. Just a few things, like the color contrast, is different. While rest is all same.

The Lusso series is one of its first every Ferrari that is mainly built for pleasure rides. While performance rides are its basic instinct. The interior appointments depict more of a daily ride culture with a number of comfort amenities available.

Though downsized, the Lusso T is still full of luxury and comfort.

The Ferrari GTC4 Lusso T comes with the 10.25-inch touchscreen infotainment system. Music, Bluetooth streaming, radio, telephony and the voice recognition are some standard features on board. Away from that, navigation is also available (territory dependent).

Well, Ferrari has even stepped with the Apple. The CarPlay is available for the GTC4 Lusso T. And it would not take long for Ferrari to include Android Auto in its rides. And soon Ferraris would certainly join the league of urban and extra-urban cars.

See Also: Why a Steering Wheel Clicks While Turning?

The Ferrari GTC4 Lusso T has ample amount of occupant safety equipment available. Ferrari has particularly eyed the daily riding for this car. And that is why it has been designed to safely run on the streets.

The active safety package includes the traction, cruise control, and the stability. While the rest of the safety is depended on the driver. Drive safe, stay safe!

The Audi RS7 is one of the closest matches for the Ferrari GTC4 Lusso T. Besides the performance, the exterior and interior designing is different in these cars. And the price is even a major factor to determine the difference between the RS7 and the GTC4 Lusso T.

Well, if Ferrari is eyeing to compete the daily life cars that it even has to balance the price level. As such cars are meant to have a cheaper price and lower maintenance cost.