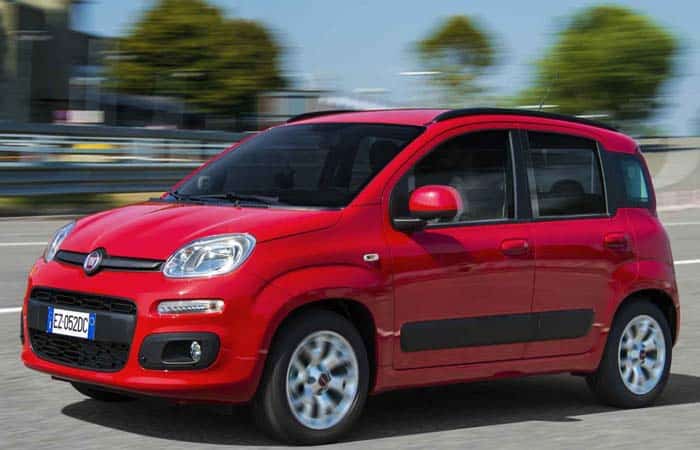 How many times you would have to visit a zoo to see a panda? And when your kids are insisting that they want to see a live panda rolling while you are stuck in the office, what would you do? Well, for that Fiat has a perfect solution for you.

In early 1980, Fiat introduced the inexpensive solution for daily driving. It was the Panda that had minimal features of the time, lower running cost and a cheap price tag. Well, it was something that was produced to support all those longings for a car but has less money to spend.

That was the beginning of the first generation Fiat Panda that was never as cute as a real Panda. It was just fairy-tale type moniker that had white exterior color with black skirts. Well, the first generation moved on until people got tired of it. It was 2003 when the first generation ended up. While during these 23 years, it received a couple of facelifts and plenty of awards. And the notable among those is the Italian Industrial Design Award of 1981.

Then was the second generation that carried on for 9 good years. And this generation offered some decent features that retained the Panda customers. While this same car has been used by the Italian Army and the Polish Police.

Well, the ongoing generation is the third generation, revealed in 2011. It was first introduced during the Frankfurt Motor Show of 2011. And later it was launched into the market. Well, there are plenty of models included in the range. And the Panda Pop serves as the opener in the series with a price tag around $12,870.

The next segment offers 1.2 L 4-cylinder 8-valve engine offers the lowest power rating. It is a gasoline drivetrain available with 68 horses pounding 75 lb-ft of torque. While the same engine is even available with the LPG configuration, with no power difference.

The only diesel drivetrain comes with the 1.3 L 4-cylinder engine making 74 hp of power at 140 lb-ft of torque. Among the gasoline variants, the 0.9 L twin cylinder turbocharged Dual Logic engine takes the opening position. It comes with 77 healthy horses producing 74 lb-ft of torque. While the same engine block with the methane inside can produce 79 hp at 100 lb-ft of torque.

The most powerful among all the Fiat Pandas is available with the 0.9 L 2-cylinder turbocharged engine. And it is capable of producing 84 hp of power with 107 lb-ft of torque. Further, the 5 and 6-speed manual transmission is available with the base configuration models. While the 5-speed automatic is designated to the naturally aspirated group.

Ahead of that, you can count on the fuel consumption of this car. It can give you up to 36 mpg on the highway. And the combined fuel mileage so measured came across 34 mpg. Indeed it would save you a lot on the fuel budget.

The Fiat Panda carries a pretty simple and static design. It looks like a mini MPV and even the Fiat pronounces it as an MPV. While it is actually a hatchback with a flat rear design. Further, the cosmetic inclusions are quite common. Like it has the halogen headlamps, fog lights, body colored side mirrors, and the optional 15-inch alloy wheels. Well, that is all you can find on a Panda.

You get the spacing for 5 inside the Panda. The interior styling is not much modern but it is fresh and cool. Well, you might fight for the space to sit, but there is sufficient space available for the cargo. Even you get the option to fold down the rear seats and accommodate most of your monthly groceries or the sports equipment. Ahead of that, there are plenty of convenient spots available in this car. Such as the pencil holder, coin keeper, and the tissue section. Further, you can opt the color for the interior trim and the seats and can go for the available contrast selection.

The Fiat Panda comes with no touchscreen infotainment system. Instead, attach your smartphone with the dash, using either the USB cable or the Bluetooth and convert it into an infotainment system. Well, the Panda features the Uconnect system, which could integrate with your smartphone and make it work as a touchscreen. Besides, you get the stereo player with the radio options.

Well, the better apps you have on your phone, the more fun you can make with it while driving the Fiat Panda. A cheapest as well as the easiest solution!

The Panda gets airbags for the driver and the front passenger. Further, two side and curtain airbags are also available. Besides the standard seatbelts, the ISOFIX are also added to keep your kids safe. While the Panda features a reinforced steel structure that reduces the impact of the collision.  Ahead of that, the active safety features include the electronic stability control, hill climb assist and an automated braking system.

The Fiat Panda gets a lot of competition. Especially the European market has too many hatchbacks rolling down the streets. Well, the Hyundai’s i10 acts to be the closest competitor for this car. It is a pure hatchback but carries a limited range of powertrains. While it gets similar safety specs.

The Fiat Panda is a fine option for the family riders. It is cheap, easily maintainable and demands la ow running cost.