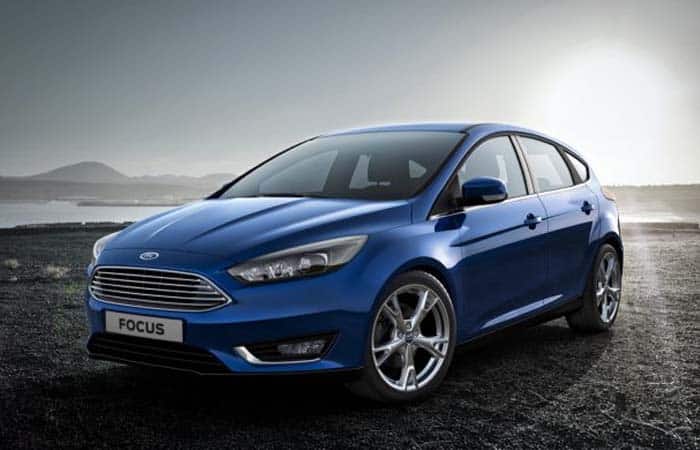 The world of general consumer cars is filled with numerous kind of vehicles. There are the hatchbacks, small sedans, MPVs and the SUVs. And every one of them is either good or bad. Well, we have witnessed a lot of bad vehicles. While on the other hand, we have come across the good city cars even. The good or bad character is mainly derived from the mechanism, space and fuel consumption of the car.

That was 1998 when the Focus came out for the first time. This car was launched as a replacement for Ford Escort. But that was just limited to the European market. In Asia, it replaced the Ford Laser.

Well, the North American model came out in 1999, and here it replaced the Escort as well. Since then the Focus has been through three generation. The third generation ended up in 2018. By the spring of this year, the Ford launched the fourth generation Focus. It was previously displayed in 2017.

The Focus has also appeared as a rally car in motorsports. It participated in the World Rally Championship, Safari Rally, Monte Carlo Rally and some other events. While recently the Fiesta has started to replace Focus in some major events.

The fourth generation Ford Focus is available in 10 trim levels. The sedans are the entry trim levels and they begin from $17,950. While the hatchbacks start from $20,540.

The Ford has reduced some powertrain variants for the present generation. Now it is just left with 4 options. Two each for gasoline and diesel.

The base version would come equipped with the 1.0 L 3-cylinder engine with 123 hp of power at 125 lb-ft of torque. This is the same base engine that was also available in the third generation. Its successful fuel-saving tech made Ford carry on with the same engine.

The new one in is the 1.5 L 4-cylinder engine, that was introduced in 2014. Well, this machine would offer 182 hp of power at 166 lb-ft for torque. Ahead of that, these powering options would come mated with the 8-speed automatic transmission.

The Ford Focus is available in three trim levels. The North American edition is available either as a sedan or a hatchback. While the rest of the world even gets the station wagon format. The styling is good looking. Further, the base models get some basic kind of cosmetics. Like the halogen headlamps, steel wheels and black side mirrors. While the top models get body-colored side mirrors with indicators, alloy wheels, fog lights, projector headlamps and a rear spoiler.

The frontal designing of the new generation is pretty similar to the third generation. While the rear has been slightly lifted for a newer look.

The front row spacing is pretty fine. While the rear row is good enough for 2 passengers. Ahead of that, there is a decent cargo space available in the sedans and the station wagons. While the hatchbacks are bit congested.

The base models come equipped with the 4.2-inch touchscreen infotainment system. While the upper trim levels are blessed with the 8-inch touchscreen infotainment system. The standard features include multimedia options along with voice recognition. While the classy features get the navigation, HD Radio, Apple CarPlay and Android Auto. Further, SiriusXM Radio is also included for the top notch.

The road safety departments rate 5-Star for Focus. As per their analysis, the driver and the other passengers are 84% safe in this car. While the driving assistive features are just 75% active.

But still, the Focus really focuses well on the consumer demands. Throughout its service, it has uplifted the fame for Ford. Indeed it is among the best cars Ford has ever created.